7 leading and largest banks in Brazil

Today we’re going back to the homeland of carnival and the consolidated, profitable banking sector that is believed to withstand the coming Coronavirus crisis.

Brazil is currently second only to the US in terms of the pandemic victims. Fitch Ratings has already revised the outlook of the Brazilian banking sector to negative from stable. Namely, the agency has lowered the estimated evolution of the Brazilian GDP for 2020 to a growth of 1.7% (it projected 2.2% in December 2019).

Large banks in Brazil may have several flaws. Their apps aren’t the best, credit and fees are arguably expensive, and service channels are time-consuming and oftentimes full of paperwork. But there is one thing nobody can deny – they are rock-solid.

Let’s take a look at the top 7 banks that have become the supporting pillars of the Brazilian national economy. According to the Statista, the leading banks based on total deposits value registered in 2019 are: 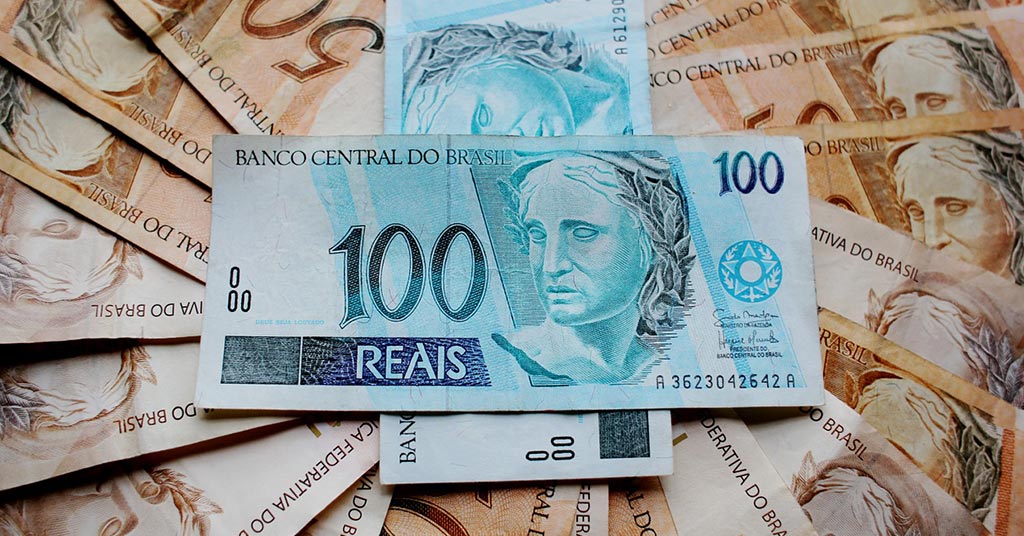 Itau Unibanco Holding S.A. provides banking activities to individual and corporate clients in Brazil and 18 countries abroad. It also has a significant minority stake in the independent financial services and brokerage firm XP Investimentos that offers an open architecture platform for investment products and asset management. The bank itself is publicly-held with headquarters in São Paulo, Brazil. Its activities and products include asset management, investment banking, insurance, private equity, and retail banking. 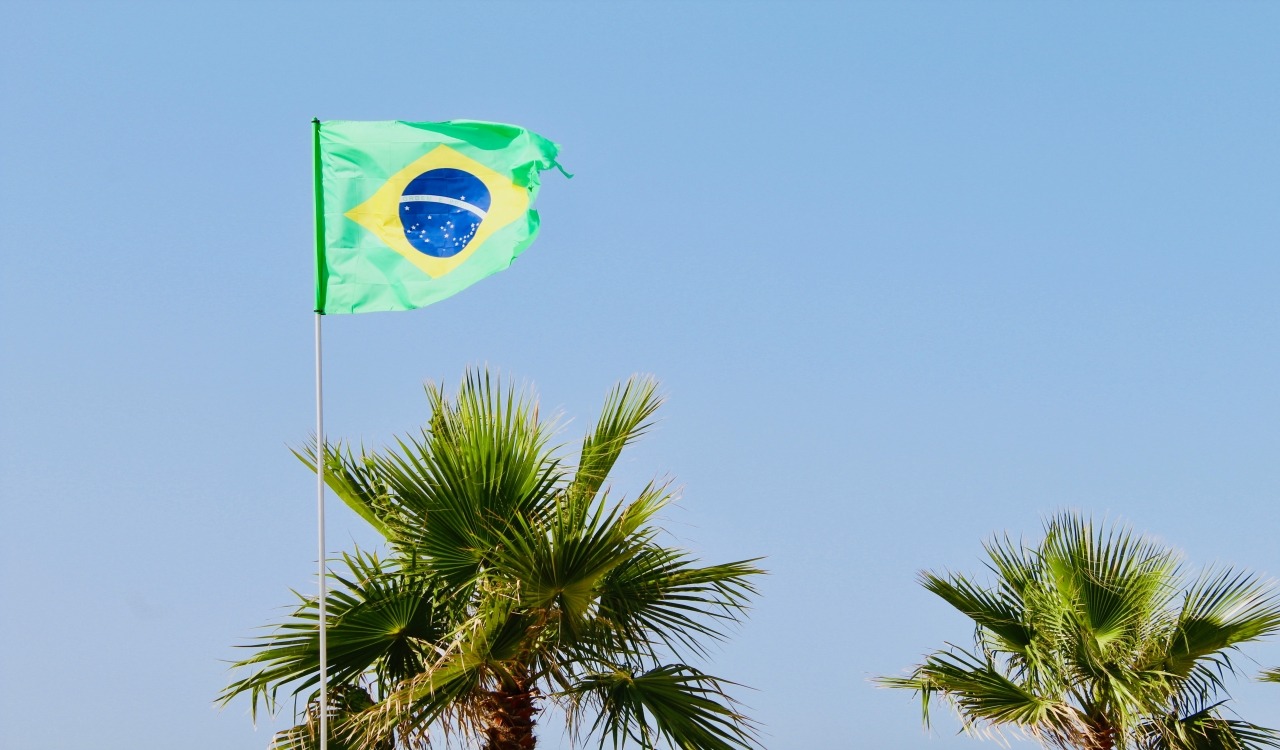 The bank itself is publicly-held with headquarters in São Paulo, Brazil. Source: unsplash.com

The largest 100% government-owned financial institution in Latin America was founded in 1861 as a financial institution destined to collect national savings. Nowadays, Caixa is seen as a tool for public investment and expansion of access to financial services to the Brazilian public. It provides financing for housing, sanitation, infrastructure, and urban development projects, as well as renders savings and checking accounts, online banking, and investment services.

This June, Caixa starts releasing emergency FGTS withdrawal credits through its digital social savings accounts that were already used for the payment of emergency aid related to the pandemic. With Caixa Tem app, this money can be used to pay bills. People can also use the virtual debit card and contactless payments via QR codes (through a partnership with Cielo) to make purchases in brick-and-mortar establishments. In less than a week, the bank has already processed over R$60 million in digital payments. At the same time, the bank posted a 22.2% drop in Q1 net income as it increased loan provisions amidst the crisis.

The Bank’s activities are divided into five business segments: Banking, Investments, Fund Management, Insurance, and Electronic payments. Thus, Banco do Brasil provides related to administration of credit and debit cards, such as capture, transmission, processing and financial settlement; offers deposits, loans and other banking services in the retail, corporate, wholesale and public sectors; helps with the purchase, sale and custody of securities, as well as portfolio management.

As a state-controlled lender, the bank increased client credit limits by $19 billion for individuals, businesses and local governments to cope with the global coronavirus pandemic. As the corporate income falls significantly, Banco do Brasil plans to keep nearly 10% of its employees partially working from home on a permanent basis. It would free up between 15 and 20 rented buildings allowing to save up to 180 million reais annually.

Brazil is currently second only to the US in terms of the pandemic victims. Source: unsplash.com

Banco Bradesco SA engages in the provision of financial and insurance services. The company was founded by Amador Aguiar in 1943 and is headquartered in Osasco, Brazil. It accepts checking and savings accounts, demand deposits, time deposits, and interbank deposits. The bank has been the subject of several recent research reports from the eight rating firms that are covering its stocks. Its latest financial results were affected by credit deterioration and increased provisioning. In April, Banco Bradesco announced it was likely to borrow money from the country’s central bank using its credit portfolio as collateral. On average, analysts expect that Banco Bradesco will report full-year earnings of $0.40 per share for the current fiscal year. A number of hedge funds and other institutional investors have recently modified their holdings of BBD with regards to the revised reports.

Banco Santander Brasil, focused on retail tightly integrated with wholesale banking, is a part of the Santander Group headquartered in Spain. In recent years, it has acquired “GetNet”, a technology company specialized in electronic payment solutions; formed a joint-venture in the payroll loan and payroll credit card segments; entered into a partnership with Banque PSA Finance; launched an online pre-paid card system “ContaSuper” which further evolved into Superdigital; entered into an agreement with American Airlines Inc. for the marketing and issuance of co-branded credit cards; acquired a 70% equity interest in Ipanema Credit Management, a company that actively manages overdue loan portfolios; and announced a joint venture with HDI Seguros in the field of car insurance.

Banco Safra, one of the world’s largest privately-owned banks, is a part of the larger Safra Group of banks and financial institutions. The Group, controlled by the family of Lebanese-Brazilian billionaire banker Joseph Safra, is present in the US, Europe, the Middle East, Latin America, Asia and the Caribbean. For instance, Safra National Bank of New York has a core business of private banking in the US, while J. Safra Sarasin is one of the largest Swiss banks. Banco Safra S. A. is a full-service commercial bank. Through its major Brazilian subsidiaries, the bank extends its activities to leasing, securities underwriting, investment fund management, stock brokerage, insurance, trade finance, asset management and treasury operations.

Last year, one of the Safra offspring left the bank’s board of directors, allegedly disagreeing about a digital wallet project. At approximately the same time, the company’s CEO also left. After management changes, the bank announced its move into riskier assets. It created a new division to manage alternative proprietary investments including private equity deals, illiquid debt, real estate deals and special situations. Safra will also take greater advantage of ACI’s cloud-enabled solutions and API connectivity as it expands its operations into the U.S. market with a new acquiring offering – SafraPay.

Fitch Ratings has already revised the outlook of the Brazilian banking sector to negative from stable. Source: unsplash.com

In 1983, BTG Pactual was founded in Rio de Janeiro as a brokerage. It has been run as a partnership, via an association established between its founding partners. Over its 30-year history, the company has grown considerably, becoming a fully-fledged bank with several offices throughout Brazil. It has also become the leading Investment Bank in Latin America. Together with its subsidiaries, the Bank offers a range of financial services, including investment banking, corporate lending, brokerage services, asset management, wealth management, commercial and consumer banking services, merchant banking and real estate investments. In 2013, Banco BTG Pactual, via its subsidiary BTG Pactual Timberland Investments Group LLC, acquired timberland management contracts from Regions Timberland Group (“RTG”). That makes BTG Pactual the largest independent timberland manager in Latin America and one of the largest worldwide.

The bank has recently announced it has officially issued its ReitBZ token on the Tezos blockchain, which will be used for future Security Token Offerings (STOs).  Since issuance, ReitBZ has been utilized to acquire 238 real estate units in August 2019 and an additional 85 real estate units in December 2019. BTG Pactual expects to launch a secondary market for ReitBZ soon to provide further liquidity to the digital securities.

BTG Pactual has been involved in a number of public scandals. Its founder Andre Esteves was jailed under a corruption probe. During the investigation, the bank was forced to cut jobs and shed assets amid heavy client withdrawals. However, Esteves was acquitted and the business rebounded. Despite all that, some shady reputation remained. In 2019, Brazil’s federal police raided the bank’s headquarters regarding the sale of stakes in African oilfields. Later that year, BTG and former central bank and finance ministry officials were investigated over the alleged illegal leaking of interest rate decisions.