Chime has been successfully operating in the US since 2013 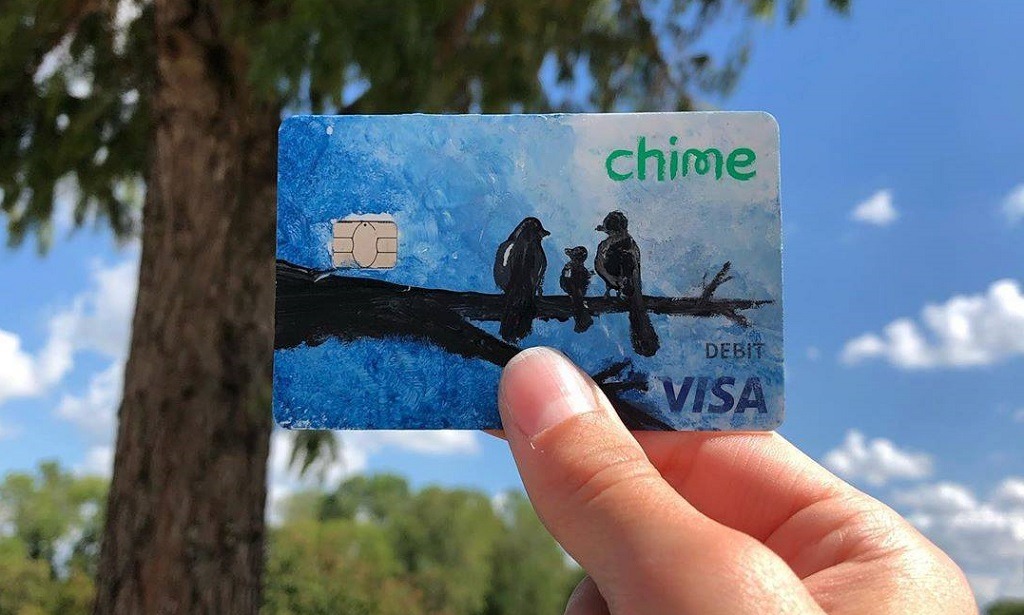 Chime is on a list of those financial institutions which has experienced record growth of users amid the COVID-19 pandemic. Not only has this mobile bank enabled smooth contactless transactions that are crucial today, but also it has reportedly given over 230 thousand people early access to their stimulus checks that amount to $1B.

SEE ALSO: Stimulus checks 2020 in detail: how to receive & track it

In fact, eligible neo-bank customers who have received a minimum of $250 in payroll payments over the past 34 days could have received a cash advance of $200 through the SpotMe feature of their accounts while waiting for their stimulus checks. Ten thousand lucky users have been chosen randomly.

Nevertheless, the bank has received controversial feedback from its customers. Its love-hate relationship with account holders may be partially influenced by repeated service outages taking place last year. Other issues members mention are customer support communication policies and some security issues. Still, the majority (91%) of reviews on TrustPilot are positive, ranking the bank 4.5 out of 5 stars.

About the Chime bank

Chime has been successfully operating in the US since 2013. Throughout these 6 years, it has grown to the most valuable US digital bank and a fintech unicorn. This San Francisco-based startup was founded by Chris Britt and Ryan King.

Britt, a former senior product leader at Visa and one of the first executives at Comscore, the media analytics company, used his valuable expertise to create a new financial product people would love. Prior to Chime, King was the VP of Engineering at Plaxo, a social networking pioneer. Ryan earned his M.S. in Computer Science from Stanford University and a B.S. in Computer Science from UCLA. Hence, he’s the man behind the “tech” part of this project.

The neo-bank is digital-only and its services are free of charge. At the same time, its revenues are expected to have reached nearly $200 million in 2019. The system of Chime’s earnings is not new – the revenues come from Visa whose flagship debit card the bank has chosen for offline transactions.

Whenever the card is utilised, Visa collects an interchange fee from the merchant for processing the payment. Chime then gets a small portion of those fees.

According to Business Insider Intelligence, Chime boasted 5 million accounts held by around 3.3 million customers in 2019, while being the second most popular digital-only bank in the US behind Ally Bank. Due to the coronavirus outbreak, its popularity rose. The user number passed seven million accounts in January 2020 and kept growing enormously ever since.

As of 2019, Chime had raised approximately $300 million of investment, valuing the business at $1.5B – the highest valuation among other U.S. challenger banks. Currently, its funding rose to $805 million with the latest valuation $5.8B according to Forbes. 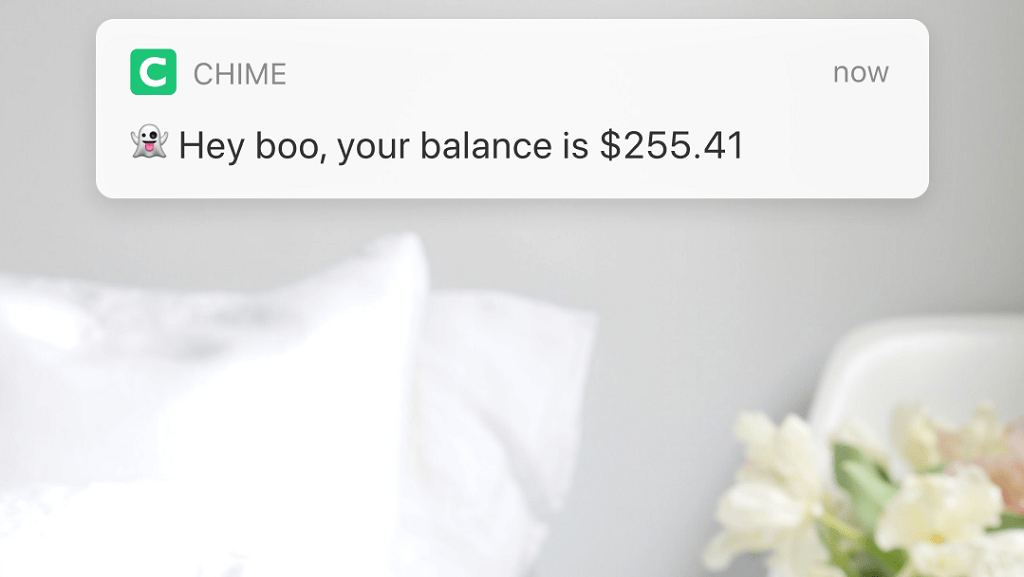 About the Chime bank. Source: facebook.com

Some bills like rent, credit cards, student loans, and other payments sometimes require you to pay with a check. Free Chime Checkbook option allows you to mail your check (or checks) within the 50 United States, including DC. The maximum amount that you can send per check is $5,000. Payment requests submitted through Chime Checkbook are processed by the next business day. Your payment typically takes 3-9 business days to arrive. 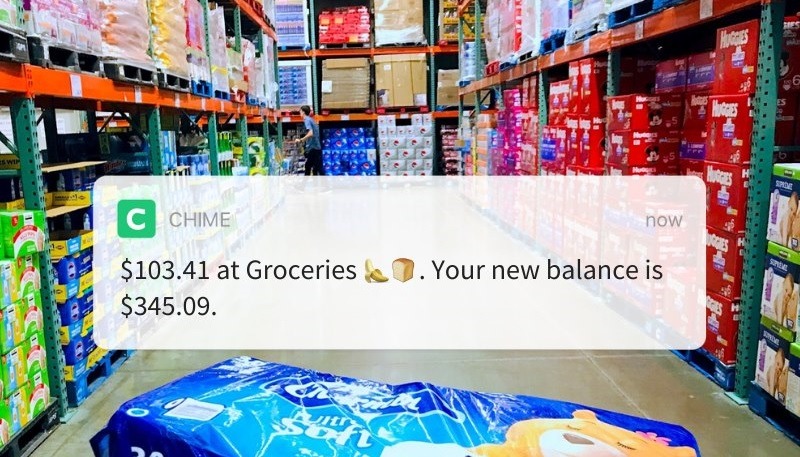 You have the option to leave Chime an optional tip to pay forward. Source: facebook.com 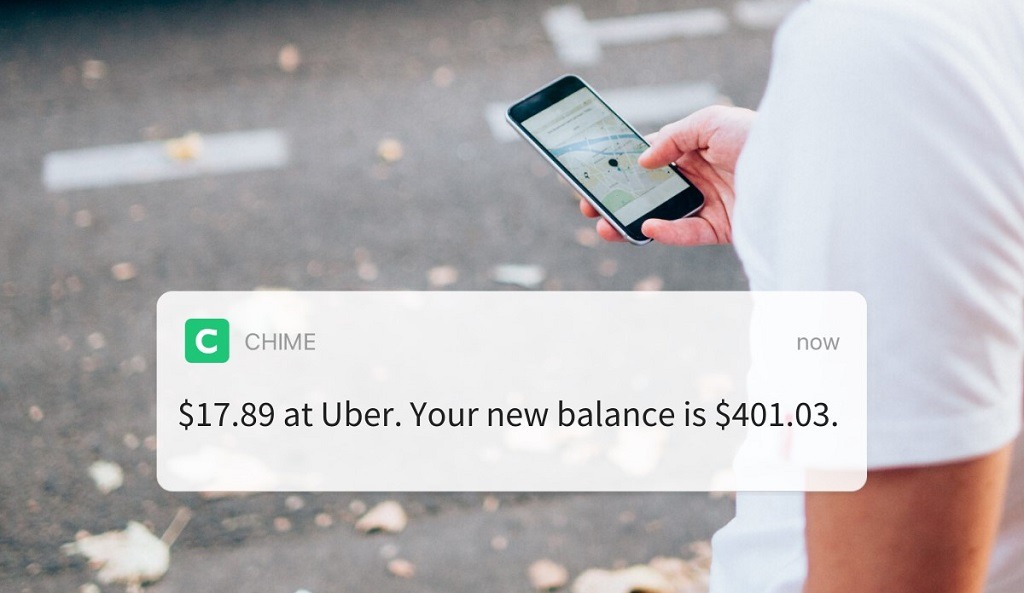 The bank is popular not only due to its products, but also because of its initiatives to support local communities.

Trying to help Americans in these dire times of the lockdown uncertainty, Chime has announced an unprecedented Sweepstakes money giveaway.

To claim a prize, the winner must have opened a Chime Spending Account.

The bank motivates its users to make a change with their contributions by covering charity topics in its blog and even offering some perks. For instance, they gave $5 back to those donating over $25 to DonorsChoose.org and provided benefactors with more spending power when they donated to UNICEF in 2015.