Home > Banks > Dynamic currency conversion guide: when you should opt for DCC

Dynamic currency conversion guide: when you should opt for DCC

Dynamic currency conversion guide: when you should opt for DCC. Source: shutterstock.com

Stepping out of your comfort zone may save you a lot of money when dealing with finances. Most of us would feel more comfortable knowing exactly how much we will pay at the time of purchase. However, it is not always economically sound. Regarding foreign transactions, diving into the unknown can pay off when compared to the seemingly transparent payment in your native currency. Our spotlight today is on dynamic currency conversion.

Whether you buy something or withdraw cash from an ATM, the currency of the transaction may differ from the original currency stored in your bank card. In this case, conversion inevitably takes place. Sometimes, users are offered the choice between a few available rates to convert their money. Dynamic currency conversion (DCC) which is also referred to as Point-of-Interaction Currency Conversion (POI CC) is one of the options for a cardholder. The question is when does it truly make sense?

Merchants provide the DCC option so that you can see your foreign credit card transactions in your home currency at the point of sale (POS). They charge a markup in return for this service. The currency that is familiar to the cardholder is also known as the cardholder’s preferred currency (CPC).

On a Contactless transaction within the Cardholder Verification Method (CVM) limit, DCC is not applicable, as it is not consistent with the appeal of Contactless as a fast and easy way to pay. The exception is in countries where Contactless purchases over the CVM limit are allowed, provided a PIN is entered for verification. In this instance of a Contactless ‘touch’ and PIN transaction, DCC is permitted.

You can be offered such an alternative in a few cases. Firstly, and most often, when you buy something abroad or online on a foreign website. Secondly, when you live in a certain country but work abroad as a freelancer. In this case, you may have a credit card or a debit card of the foreign bank with the internationally accepted currency like EUR, USD, etc. in your account. When you need to make a purchase at a local store or withdraw local money at the ATM, you’ll also have to choose between DCC and other currency conversion fees. In other words, it concerns any purchases that involve a currency different from your billing one.

DCC fees are levied by the merchant, typically through a service provider. Source: shutterstock.com

When to use dynamic currency conversion

The main advantage of the dynamic currency conversion is its transparency. DCC takes place in real-time at the POS and you instantly know how much you have been charged. Other credit card currency conversions don’t reveal the cost until you go online, open your banking app after the payment is done, or receive your statement in the mail.

Moreover, markups on the interbank rate (the real exchange rate) vary between card issuers and can change on an ongoing basis. Issuers generally calculate charges based on the exchange rate applicable one or more days after the transaction is performed, rather than on the exact date of the transaction.

One of the benefits of DCC for merchants is that it can reduce the number of potential disputes or returns of the goods bought by those consumers who paid much more than they expected.

Some people may prefer DCC as they get confused by foreign price tags. They may not even know the approximate exchange rate of their credit card payment processor. Yet even if they do, they either can’t or are unwilling to make calculations. In this case, using DCC clarifies all doubts. The advantage of DCC is that the full cost of a transaction – including fees – is automatically calculated in real-time and shown in the currency denomination of the card account.

Another point is that, theoretically, some payment processors may have really high currency conversion fees. Hence, it may be also economically wise to use DCC for certain cardholders. Yet, we must note that such cases are truly rare. In a study conducted by a Norwegian Bank, only 4 out of 1500 transactions proved to be cheaper when conducted in local currency than when the withdrawal took place in the local currency.

When you should stay away from DCC

In fact, as a rule, DCC is much more expensive than other available conversion types. While the conversion by a credit or debit card payment processor, i.e., Visa, MasterCard, or an ATM network, along with the processor’s foreign transaction fee ranges between 2% and 3% of the purchase sum, DCC comes with a high currency conversion rate and additional fees that can add from 2.6% to 12% to your total bill. 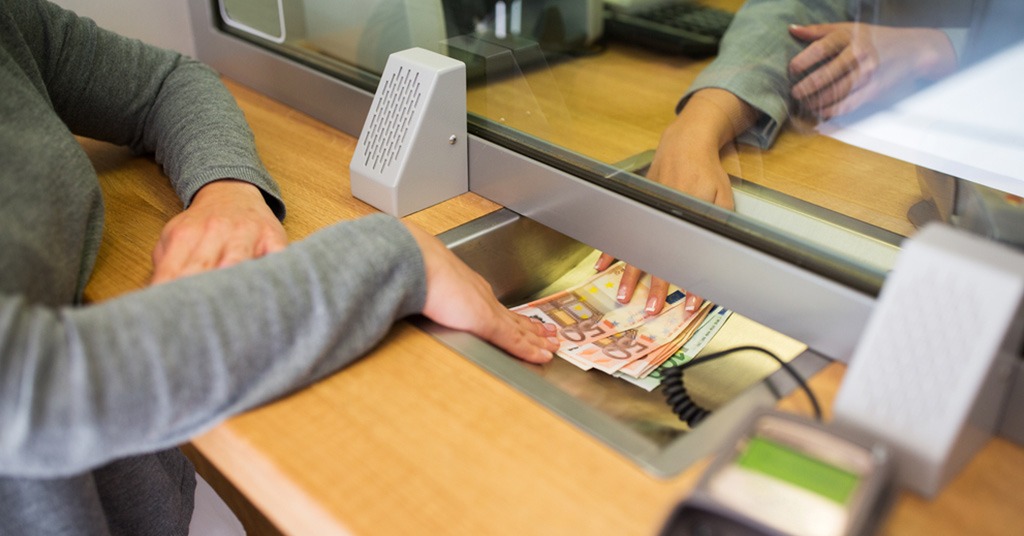 Online shoppers need to watch out if they buy something from a foreign retailer or make a booking with an overseas company that uses PayPal to manage its payments. The site’s default settings often involve DCC – they typically charge customers in their native currencies. PayPal will work out the conversion by applying its own exchange rate – but this may cost you up to 4% more than if you opt for the exchange rates set by your card provider (usually Mastercard or Visa).

Therefore, DCC most often leads to unnecessary extra costs. As British researchers estimated, over the course of a year, the cost of DCC to British holidaymakers is around £280m. When you allow a retailer to charge your purchase in your home currency through the DCC service, they can convert the local price using any rate they want. So, when they figure out that rate they don’t often think of the customer, but make it more favorable to their own business.

The bottom line is that paying in local currency is cheaper in the vast majority of cases. When we say the majority – we really mean about 99,5%. If you deal with minor purchases, the difference may not be significant and you can easily pay some extra coins for the convenience of the DCC transparency. However, the more expensive the item you are wishing to buy, the more you lose with DCC. Try to avoid it with large purchases, for sure.

Tricks of the retailers

DCC is popular with payment processors and merchants because it almost effortlessly boosts profits.

The menu structure in many foreign ATMs and payment terminals is designed to nudge customers to choose DCC. They are using colors, size of buttons, or flashing warnings guiding the consumer to choose DCC.

There is also a lot of anecdotal evidence that consumers are not given a choice at all, i.e. that DCC is automatically applied by the merchant. It is possible since some payment terminals require to enter a PIN before asking for a preferred payment method and printing an ICR. Some travelers also state that the sellers may say they don’t understand English and not apply payments in local currencies even after you’ve explicitly asked for that. Or else, they may inform you about the options in a foreign language where the only word you understand will be “dollars”. You say “yes” to the familiar word, and they will charge you in American dollars using the unfavorable DCC rates.

Our advice is don’t fall for those tricks and ask about available payment methods. Clearly state you want to pay in the local currency before you enter your PIN and press OK.

Meanwhile, international banking authorities are working hard to regulate DCC markups. For instance, the European Commission proposed January 1, 2019, as the application date of the new regulation, and October 2022 as the effectiveness review date. It would require all payment providers to clearly display the exchange rates offered, as well as to display all reference rates and any additional costs before the payment service user decides to finish the transaction. While technical standards for its implementation are being developed and tested, EBA would provide an interim solution by setting an upper limit on the total charges providers are allowed to make on currency conversion.