Here’s how much money Americans will spend with cards by 2023. Source: shutterstock.com

According to the Nilson Report, spending on goods and services initiated by credit, debit, and prepaid cards issued in the United States, tend to increase. $7.266 trillion in 2018 is projected to increase to reach $10.086 trillion in 2023, as reported by statistics. The number of credit, debit and prepaid cards in circulation will grow from 6.96 billion in 2018 to 8.02 billion at the end of 2023.

When nearly $7 billion payment cards generate more than $7 trillion in purchases of goods and services…you have to conclude the state of the card business is very good
David Robertson, Publisher of The Nilson Report 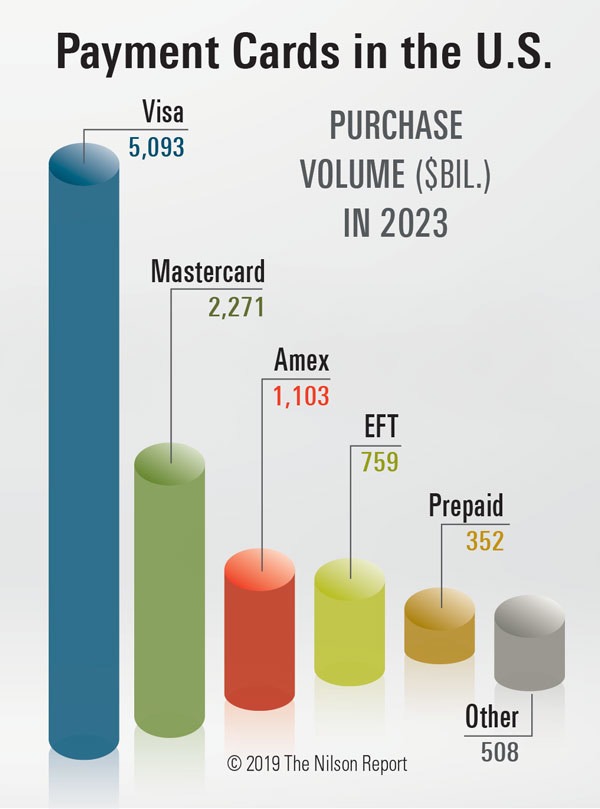