People worry about having enough money in retirement – ING research

Can you afford to retire? 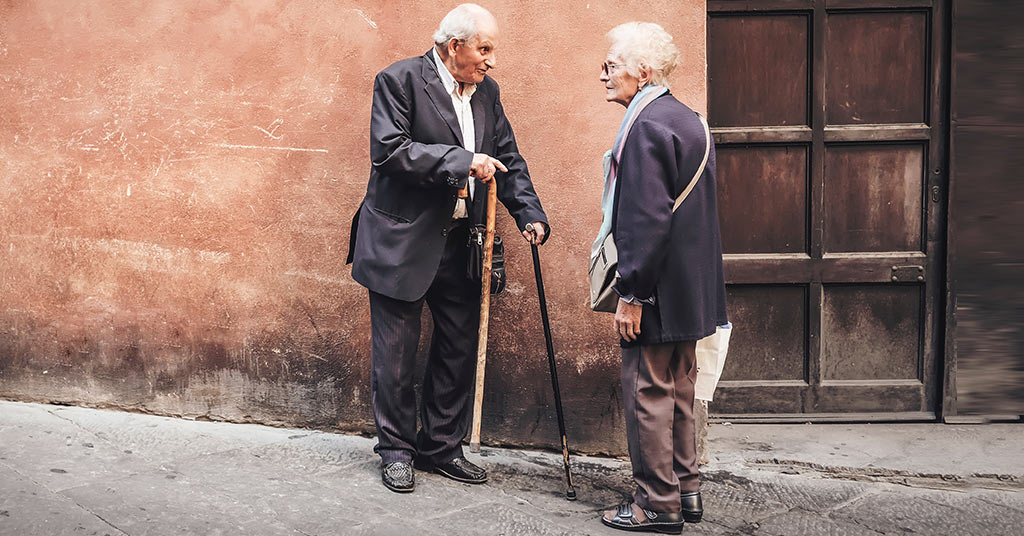 People in Europe, the USA and Australia could be sleepwalking into long-term saving and spending problems. ING research shows that more than half of them worry about having enough money in retirement.

People expect to be working, even in retirement
Jessica Exton, ING behavioral scientist

The study of nearly 15,000 respondents in 15 countries (including 13 across Europe) suggests that the notion of a ‘traditional retirement’ is quickly becoming obsolete. Almost a third of those not yet retired don’t know when they will retire, while an additional 11% believe they will work for the rest of their lives.

Many struggle to make ends meet. Two-thirds of Europeans who have no savings tell us they simply don’t earn enough to create a buffer for the future. For those who have savings, 42% indicate they have no more than three months’ take-home pay put aside.

ING’s findings also reveal that only 21% of people in Europe use mobile apps for making investments, while only one quarter use them to view long-term investments. According to Jessica, we need technology to shift attitudes towards retirement and more importantly, change behavior. 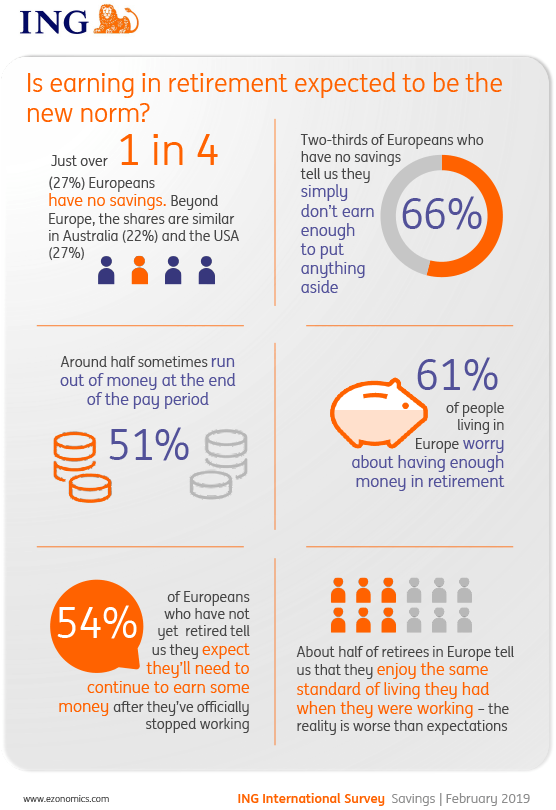