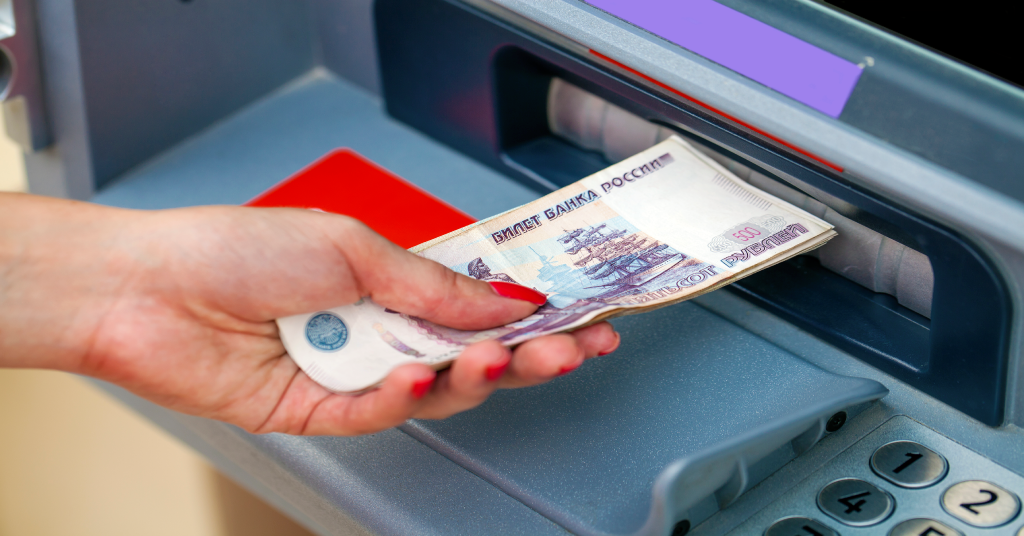 Russians are now forced to wait for long queues outside ATMs to withdraw cash. Source: depositphotos.com

Russia’s central bank interest rate has hiked from 9.5% to 20%. This is a result of the sanctions set to the country following its invasion of Ukraine. Russians are now forced to wait for long queues outside ATMs to withdraw cash.

The Bank of Russia has prohibited brokers from the sale of securities by foreigners. The bank has also put in place compulsory hard-currency revenue sales for exporters. These measures aim to protect Russia’s assets from the Western sanctions which also include penalties on the bank.

Russia’s financial regulator also put a temporary sales hold on the Moscow Exchange. However, the regulator did not name the specific securities that were banned.

Plans to deter some Russian banks from the Swift global remittance system and freeze the regulator’s reserves will have a devastating effect on the country’s economy. Already, the rouble has experienced a 30% low against the dollar.

Sberbank Russia European subsidiaries, mostly owned by the Russian authorities, could fail or are failing as a result of the reputational cost following the war in Ukraine.

Most Russians worry that the bank cards may not function or that the financial institutions will cap cash withdrawals.

The move to deter Russia from SWIFT will prevent Russian financial institutions from communicating with international banks. Restraining the use of over (S$855 billion), equivalent to US$630 billion in international reserves will be costlier for Russia.

And with The West freezing the central bank’s reserves, catastrophic economic damage is almost inevitable. This could eventually lead to the disappearance of the country’s national wealth fund.