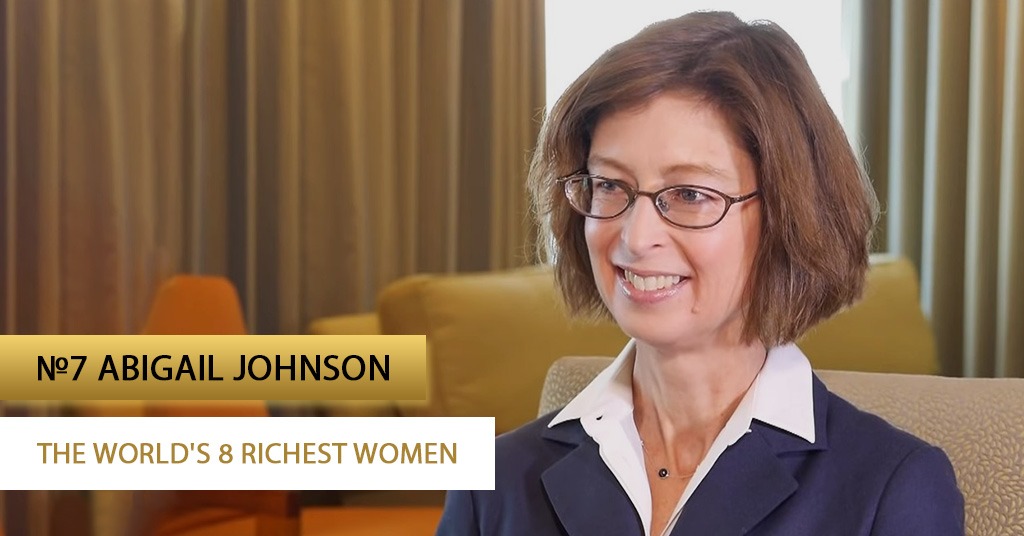 Today, we want to tell you about one of the most powerful women in the modern financial world.

Not only one of the richest but also one of the most powerful women in the modern financial world, Abigail Johnson sets new trends in American investment management.

Johnson has an MBA degree. She started her career from scratch in her family business. She has recently become the CEO and a chairperson of Fidelity Investments, founded over 70 years ago by her grandfather. The company earns billions on the mutual-fund market.

Mutual funds are joint assets of stock-market investors. They are managed by a single professional portfolio manager or a team of managers. Fidelity’s managers excelled in the field by using aggressive buy-and-sell techniques. However, Abigail’s father expanded the company’s activities even more actively than their managers. As a result, the mutual-fund business got also involved in venture capital, real estate, temporary employment, and even a motorcoach business.

Johnson is not a celebrity, yet she is very famous in the financial circles. She is known as a hard-working, good-natured, smart woman of action. Getting out of the shade of her father, Johnson decided to radically change things at Fidelity.

She stepped out of using traditional, open-end mutual funds, concentrating on revenue streams from financial advice, brokerage services, and venture capital. Johnson also started working with index funds, a zero-fee investment vehicle similar to larger indexes such as NASDAQ. That innovation was specifically targeted at the generation of millennials who don’t like wasting money.

This year, her company launched a crypto-currency platform that makes digital assets accessible to all investors. It distinguishes them from the vast majority of American financial firms. According to the press release, the platform will custody bitcoin, ethereum and other yet-to-be-named cryptocurrencies. As part of its security system, Fidelity will hold the cryptocurrencies in cold storage, along with “multi-level physical and cyber controls”.

Although cryptocurrencies are not bought or sold at Fidelity, the owners of digital assets can access their balances on Fidelity.com. Fidelity does not currently have any plans to offer Bitcoin futures trading for its retail brokerage customers

Another of Johnson’s aspirations is to increase female presence in financial business. Not only is that a matter of equality, but also this decision is based on common sense. Abigail believes women investors will trust and understand female advisors more. Considering the number of rich women in the USA, this policy is very timely.

Her plans were slightly damaged by recent cases of sexual harassment in her company. However, Johnson clearly expressed her intolerance to such behavior. The male abusers were immediately fired and the company hired a consulting firm to study corporate culture and conduct a training program to raise awareness about sexual harassment.

Johnson isn’t at all concerned about the high profits they may lose due to the dismissal of their star managers. The CEO is strongly committed to make her organization’s culture women-friendly. She has relocated her office close to the equity division so that she can personally monitor the premises. Being a powerful businesswoman herself, she actively works towards a bright future for female professionals.

Fidelity Investments developed the “Boundless” talent discovery program for this specific purpose. They cooperate with youth organizations in order to promote financial services as a career choice for young women. “Boundless” hosts public events aimed at high school and undergraduate women. Their goal is to help young females find their professional paths. The most talented girls passionate for finance will be likely invited to join the Fidelity team. The company is also headhunting for female talent in the college and service industries.