Today, we’ll tell you about the most successful digital banks operating in Norway 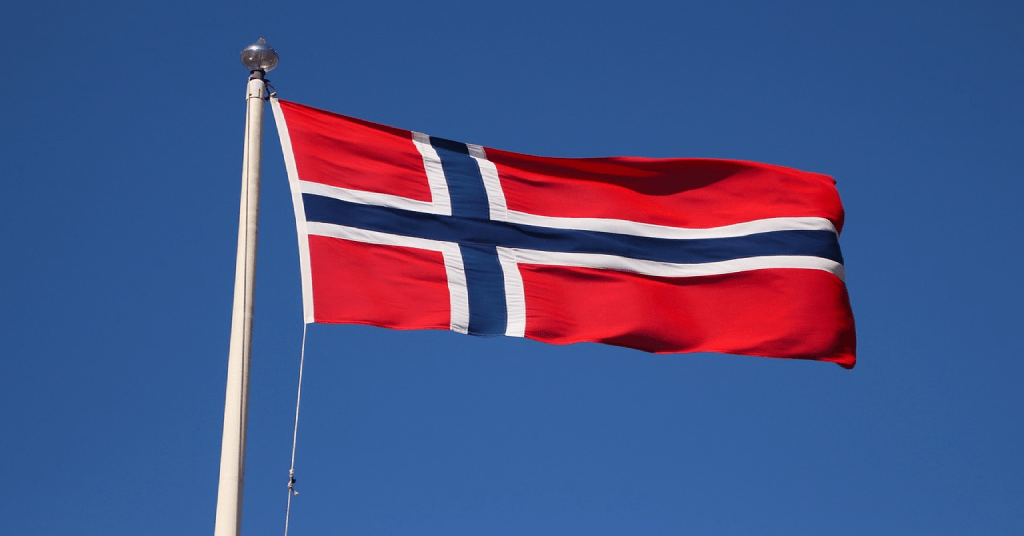 Taking into account the massive digitalisation of the Norwegian banking sector and the openness of people in the region to new digital payment methods, neobanks are most welcome here. Although none of the European challenger banks is headquartered in Norway, a bunch of fintech disruptors have expanded their operations to this digital banking hub.

Dutch neobank Bunq, founded in 2012, describes itself as an open IT platform for digital banking. It supports third-party APIs, so the app has flexible functionality. APIs can be used, for example, to link the account to an accounting package or transfer money internationally in partnership with Transferwise. The app also has budgeting features, travel assistant with tips on how to best manage your money in different locations, bill splitting option, and a desktop version.

The young bank has expanded its range of services in recent years to include a savings account and a range of physical cards specifically designed for travelling, business, or making an environmental impact. This neobank appeals to both individuals and businesses with ethical investment choices and Easy Green subscription plans helping to offset CO2 emissions by planting new trees.

Since its inception, Bunq has been self-funded by its founder and CEO Ali Niknam. This year, the company decided to raise some external capital, leading to the largest Series A round for a European fintech company. The startup raised $228 million (€193 million) at a $1.9B valuation. Bunq now has €1 billion in user deposits and is finally ready to start scaling up significantly.

Curve’s “over-the-top banking platform” turns your mobile phone into a centralised financial control centre. Instead of building a new current account, the platform lets you connect all of your other debit and credit cards (including  those of other challenger banks) to an all-in-one simple and secure Curve Mastercard. The newest solutions to be soon added to this digital banking platform include credit and customer loans. Over time, the company plans to enable crypto trading.

This year, the fintech raised £9.9m via a crowdfunding campaign. Its pre-money valuation increased to just under £592m. Curve is now going to concentrate on its growth in Europe and expand to the US.

Lunar is Danish digital bank that offers a mobile-based banking app. Its set of features include interactive budgeting, motivational savings, insurance and investments. For eco-oriented customers, the challenger bank offers Project Blue, where your spending helps to remove plastic from the Nordic oceans. Teenagers aged 15-17 may also avail Lunar’s budgeting and savings. In December 2020, the digital bank launched a ‘pay later’ function for its customers and added a joint accounts option.

This neobank allows opening accounts in multiple currencies. Monese targets expats and immigrants who typically struggle to get a traditional bank account. There are both free and premium account choices. The main services offered are current borderless accounts, money management and money transfer at low rates. In 2020, Monese launched RON accounts, Monese for web and celebrated 2 million sign-ups. However, the coronavirus pandemic forced the startup to slow down with immediate funding and scaling ambitions. Only in 2021, Monese resumed its growth plans. It is preparing to raise £40m towards the end of the year.

German digital bank has about 5 million customers in 25 markets. N26 offers three different personal banking plans and an exclusive business bank account option for freelancers and the self-employed. The in-house app allows users to set spending and withdrawal limits, save and budget using Spaces, and instantly send money with MoneyBeam. Its TransferWise integration allows customers to get a real exchange rate for international transfers.

In 2020, N26 has raised close to $800M, keeping its valuation at $3.5B. This year, it’s holding preliminary talks with investors before another funding round. It’s expected to increase the bank’s valuation to $10B.

Previously known as Bitwala, German neobank Nuri offers the first blockchain bank account. It allows investing in cryptocurrencies and earning up to 5% per year on bitcoin. All accounts come with a built-in Bitcoin and Ether wallet for secure coin storage and a debit card to spend your funds abroad, both online and in stores. At the same time, the Nuri account has German IBAN. It supports SEPA transfers and international payments. The debit card offers unlimited free ATM withdrawals too. Founded in 2015, the startup has received over €6 million in funding from European and American investors so far.

Since UK-based Revolut got its ECB banking license, the company’s valuation has grown to staggering $33 billion. The scope of their services has expanded: you can insure your phone, get a travel medical insurance package, buy cryptocurrencies, invest in shares, donate to charities, save money, and more within a single banking app using open APIs. Therefore, Revolut’s financial “superapp” has already got 16 million users globally.

Soldo is the spend management platform built for businesses. It offers multi-user expense accounts with a mobile app for employees and a web console for administrators. The accounts seamlessly integrate with accounting software like Xerox facilitating financial routines. Soldo prepaid Mastercard cards come with customisable budgets and spending rules, so that business owners have full control over corporate expenses.

Soldo has recently closed a $180m Series C funding round. The fintech has more than 26,000 SME customers in over 30 countries. Using the new cash, Soldo plans to expand into new markets and enhance its European presence.

A brand new German fintech startup Vivid Money is a financial platform headquartered in Berlin, with offices in Amsterdam and Moscow. Vivid Money’s service was launched by two former top managers of Tinkoff Bank in 2020. The business rolled out in partnership with Berlin-based SolarisBank, which provides its licensed platform for online banking, and Visa. TCS Group Holding that owns Tinkoff bank has reportedly provided a seed investment, however, the amount invested wasn’t shared publicly. After that, the challenger bank has already raised two funding rounds and reached a valuation of $436 million (€360 million). The product it offers may be called a financial “super app” since it serves multiple banking purposes. Besides spending and saving, customers can also trade ETFs, stocks, and 50 cryptocurrencies with zero-commission fractional shares. A free educational tool Vivid Classes presents workshops to introduce customers to the world of investing.

When you create an account, you get a German IBAN which makes direct debits possible and a metal card without any sensitive details (those are stored in the app and protected by biometrics). A few existing physical and virtual bank cards may be linked to your Vivid Money account. Vivid banking accounts support over 150 currencies and offer up to 10% cashback for purchases. Shared Pockets feature also allows creating sub-accounts and inviting other users to share spending or saving goals.

The firm achieved incredible success in remittance business by matching people transferring money in one direction with people transferring it in the other. Although TransferWise made its name as a fast and cost-effective money transfer service, it recently entered the mobile banking space. Its borderless account gives access to a number of local bank accounts in EUR, GBP and USD. It comes with a fully-fledged debit card too.

Wise has recently started trading with the first direct listing on the London Stock Exchange (LSE) without a costly public offering of shares. The fintech’s shares ended 10% up on their first day of trading. Its valuation is now estimated at $11B.