According to the GlobalData, JPMorgan Chase is leading the list with a market capitalization of  $362.7 billion as of 30 June. The best 25 banks kept up their growth force as their total market cap developed by 3.6% from $3.4 trillion to $3.5 trillion. Significant gainers were Commonwealth Bank of Australia, Sberbank, and Citigroup, which announced over 10% QoQ development. At the same time, Wells Fargo, Agricultural Bank of China, Bank of China, Banco Santander, Morgan Stanley, Bank of Communications, and Scotiabank decreased in their caps. 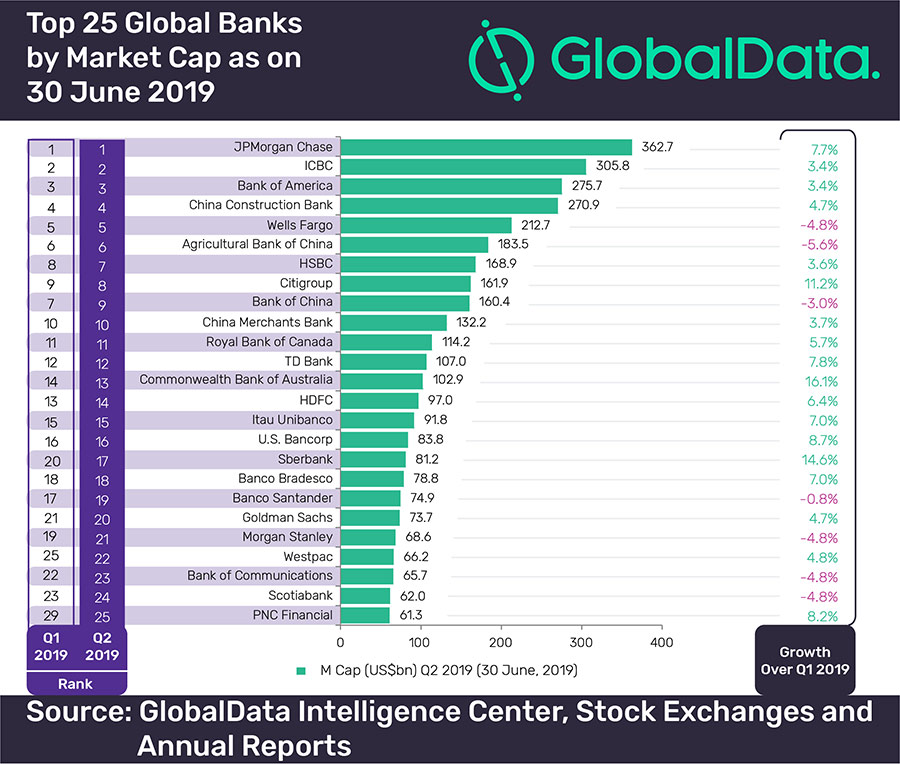 CBA’s share price has been moving upwards on the back of combination of factors such as positive sentiments in stock market (especially for bank stocks) due to the surprise federal election win of the Liberal Party; remedial action plan targeted at strengthening governance and accountability, and customer-centric outcomes; and attractive dividend yield of 5.23% in light of current and highly likely upcoming interest rate cuts by Reserve Bank of Australia
Parth Vala, Company Profiles Analyst at GlobalData

12 players kept up their position while PNC Financial bounced four spots to be at 25th replacing Mitsubishi UFJ from the rundown. Westpac and Sberbank raised by three spots to be positioned on the 22nd and 18th, respectively.