Top 5 digital banks in the Netherlands

Although most of them are headquartered elsewhere, the Dutch fintech scene has also produced a few challenger banks to make dealing with finances convenient and easy 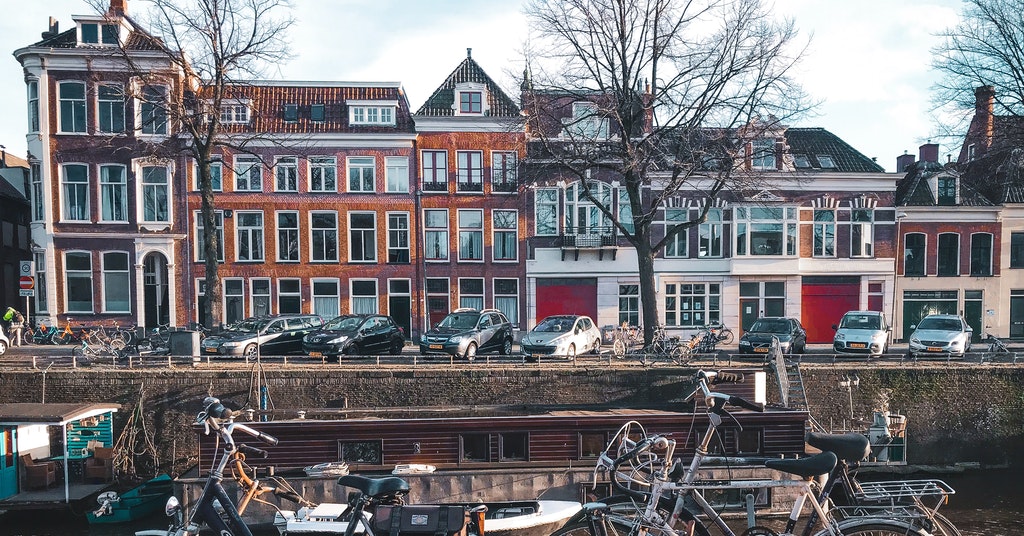 The Netherlands has a high adoption rate for tech innovation, making it a hotspot for fintechs of all kinds. Digital banks prosper in the second-biggest fintech nation of the EU with a world-class financial infrastructure and an open and transparent regulatory system.

The Dutch native neobank was founded in 2012. The fintech has been a fully-fledged bank since 2014, getting an official banking license from the Dutch Central Bank (DNB). Bunq’s services are currently available in 30 European markets.

Bunq describes itself as an open IT platform for digital banking. It supports third-party APIs that can be used, for example, to link the account to an accounting package or transfer money internationally in partnership with Transferwise. The app also has budgeting features, a travel assistant with tips on how to best manage your money in different locations, a bill splitting option, and a desktop version.

The challenger bank has expanded its range of services in recent years to include a savings account and a range of physical cards specifically designed for travelling, business, or making an environmental impact.

Frequent travellers would appreciate the Easy Money option where you can instantly add local IBANs in 4 European countries and see payments in the local currency when you go abroad. The new feature Local Currencies also helps receive, convert, hold and spend multiple currencies such as Dollars, Pounds, Swiss Franc, Polish złoty or Bulgarian lev within the app.

Since its inception, Bunq has been self-funded by its founder and CEO Ali Niknam. This year, the company decided to raise some external capital, leading to the largest Series A round for a European fintech company. The startup raised $228 million (€193 million) and instantly turned to a unicorn at a $1.9B valuation. Bunq now has €1 billion in user deposits and is finally ready to start scaling up significantly.

The next big step for Bunq is to become the first European digital bank to start offering mortgages. The neobank has joined Dutch lending platform Tulp to deliver the service, which it expects to roll out in early 2022.

Knab has been recently named the most popular digital bank in the Netherlands by Business Financing. That nomination doesn’t mean the biggest number of customers, though, the platform selected those neobanks which were most searched for by consumers via Google. At the same time, the Knab customer base grew to a total of 287,146 (+27,932) customers in 2020, consisting of 132,638 retail customers and 177,234 business customers. Some of the customers have both types of accounts.

The neobank is part of insurance company Aegon, which was one of Knab’s founding partners and helped the online platform to get a banking licence. Therefore, besides usual banking accounts, Knab has also introduced new services such as Knab Insurance, Knab Mortgages and Knab Crowdfunding.

Last year, the bank teamed up with the biometrics company iProov to provide cloud-based automated SCA (Strong Customer Authentication) to its customers. This update is a refreshment from its previous token-based solution, which required costly hardware and the associated administrative burden.

Headquartered in Spain, Openbank is a subsidiary of the major banking group Grupo Santander. Unlike other digital banks, Openbank does have two bricks-and-mortar branches in Madrid for those customers that miss human communication and exclusive service.

In the beginning, Openbank was created as the telephone bank which was innovative for 1995. The app appeared only in 2011 to make the bank fully digital. In May 2021, the bank celebrated reaching the 1.5 million customers milestone. It’s now present in four markets: Spain, Portugal, Germany, and the Netherlands. The next expansion is planned to Argentina.

Vivid Money is providing banking services on behalf of the German Solarisbank AG. However, this fintech startup was founded by ex-top managers of Russian Tinkoff Bank and got initial financing from its parent company TCS Group Holding. Since the opening in June 2020, the neobank has grown to a team of 350 people, across four offices in Berlin, Amsterdam, Dublin and Moscow. The startup gathered $88 million across two founding rounds and reached a valuation of $436 million (€360 million).

This German digital bank has over 7 million customers in 25 markets. N26 offers four different personal banking plans and the same variety of business bank account options for freelancers and the self-employed. This year, the bank introduced a new premium subscription, N26 Smart, giving customers access to its popular premium banking services at a competitive and economical price. The in-house app allows users to set spending and withdrawal limits, save and budget using Spaces, and instantly send money with MoneyBeam. Its Wise integration allows customers to get a real exchange rate for international transfers.

In 2020 and 2021, N26 had a few funding rounds, bringing its valuation to $9B. This inflow of investments comes as the bank takes proactive steps towards a public listing. Nevertheless, German regulator BaFin is concerned about N26 fraud prevention policies. BaFin has recently fined the challenger for delayed anti-money laundering (AML) reports on suspicious activities and capped N26’s ability to onboard new users to 70,000 each month – down from its regular average of 170,000 – until the digital bank has fixed its AML issues.