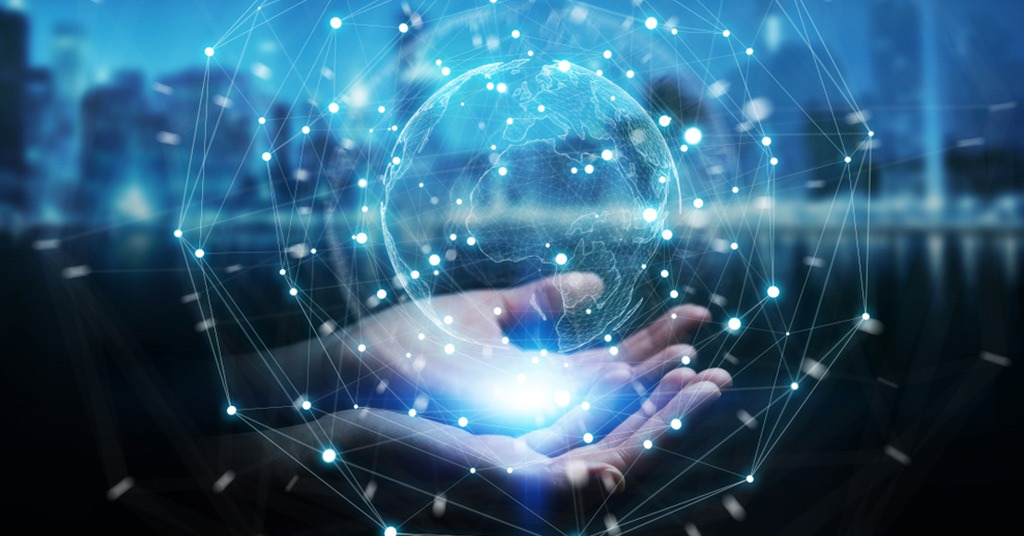 Paper ledgers are sinking into oblivion. Storing financial data in electronic databases is quicker, convenient, and keeps pace with modern globalisation tendencies. Users may access the data remotely. The problem with centralized ledger databases is that they are vulnerable to hacker attacks. Furthermore, the data can be maltreated. Malicious changes in the core data will overthrow the whole system. Distributed ledger technologies (DLTs) are the solution.

The 21st century brought revolutionary innovations to information databases. Distributed ledgers allow sharing and synchronizing of transactions across the wide network of users in a decentralized form. That means that every node has independent access to all the information available in the network. The absence of central authority allows every node to process all transactions and formalize them. Once the changes or additions are made, every participant receives an identical copy of the updated ledger. This kind of database is harder to manipulate. Potential hackers must attack all the nodes simultaneously to harm the system. This is close to impossible for now. The information and accessing security is based on cryptography. 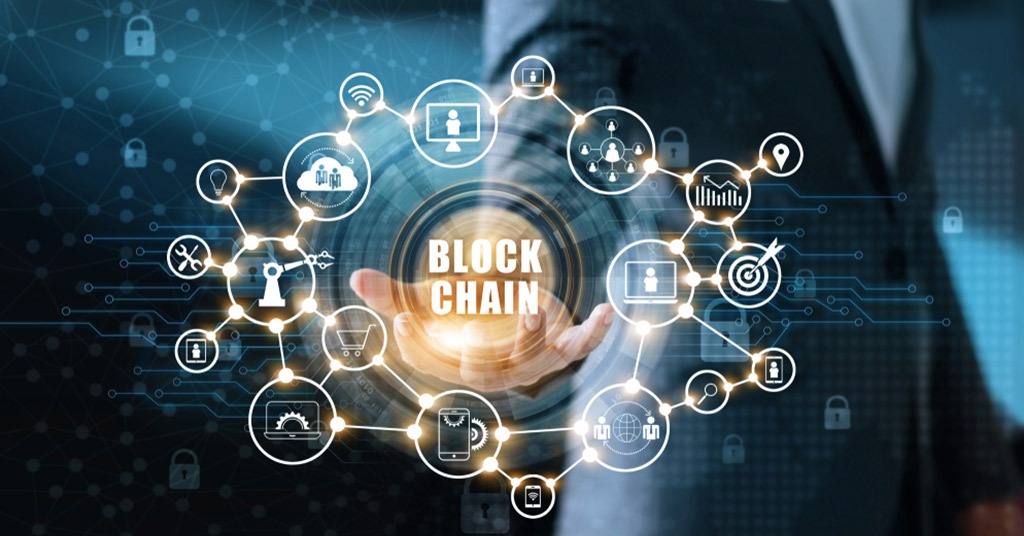 Blockchain – as is made clear from its name, this technology presents information in the form of a chain made of data blocks.

It was initially introduced in 2008 by the mysterious Bitcoin inventor Satoshi Nakamoto. It still remains unclear whether this pseudonym denotes a person or a group of people. Someone used this name to sign the Bitcoin white paper which was sent via the cryptographic mailing list. People became interested in the technology and Bitcoin became popular.

The essence of blockchain is that every new transaction block is based on the preceding chain of transaction records. In this shared decentralized network, any new entries must be confirmed by the majority and encrypted. The participants may remain anonymous using digital signatures instead of sensitive personal information.

Every information block stores three data types. Firstly, there are transaction details (timestamp, money amount etc.). Secondly, it lists the transaction participants (e.g. a buyer and a seller). Finally, they have a unique “hash” code serving for block identification.

The advantages of blockchain technology include its transparency, absence of third party or central authority manipulations, high speed, synchronization, and a greater security level. Since no entity owns the data, it cannot be erased, fabricated, or changed. Financial information becomes open, clear, and easily accessible to those concerned.

However, it also has imperfections. To begin with, the more nodes involved, the longer it takes to reach the confirmation of new transactions. It is also costly to use – so many computers for the same task of finalizing a single operation. Furthermore, nodes seem to prioritize higher-reward transactions, which slows down other processes. Finally, every block carries the digital information of its predecessors. The bigger the blockchain, the higher the memory requirements for every participant. If not all devices can store the whole transaction chain, the integrity and transparency of the system will suffer.

Therefore, DLTs are continuously being developed and modified to reach the most efficient outcomes. Another example of distributed ledgers is Tangle.

Tangle – this technology is the backbone of the IOTA (MIOTA) cryptocurrency which works with IoT. Unlike its predecessor, it has no blocks in its structure. Its visualized formula actually reminds the tangled threads with little bids on them. This system is self-regulating. Every new transaction added to this directed graph database validates 2, or at least 1 of the previous transactions. The priority is on the most recent ones. This new transaction becomes a “peak” in the graph. It further gets verified by the 1 or 2 new activities.

The IOTA project was developed by Sergey Ivancheglo, Serguei Popov and David Sønstebø in 2015. It emerged from the Jinn project aimed at creating ternary hardware processors. The users who bought Jinn tokens were able to exchange them to IOTA. Another project co-founder, Dominik Schiener, joined the team later and was added to the official Foundation.

Tangle is more flexible than blockchain technologies. It doesn’t require as many approvals of a single transaction. Therefore, it is more lightweight and doesn’t use mining. This allows the ledger to work without any transaction fees. This way, Tangle is more convenient for small micro-transactions. Furthermore, all the small branches of Tangle have a chance to unite and form bigger transaction sequences. In blockchain, on the other hand, the side branches are usually cut down. In addition, Tangle is a scaled system. It does not have maximum throughput limitations.

Perhaps, the most remarkable Tangle feature is its quantum resistant cryptography. Although powerful quantum computers do not exist yet, technologies are developing quickly and many organizations are working on that. So the IOTA creators are pursuing a preemptive tactic and securing their system from any possible quantum attacks today. At the same time, the efficiency of this cryptography against malicious quantum computations so far remains only hypothetical. In practice, no existing technologies can test it.

However, some experts question the IOTA transaction history. They are unable to verify the genesis crowdsale integrity, since not all initial data is publicly available. This fact hampers the overall project’s transparency. It results from the systematic renewals, also known as “snapshots”, aimed to make the database lightweight.

Such an obscuration raises doubts about the IOTA claim of decentralization. It still remains unclear whether the project is fully community-driven or the co-founders own a significant amount of tokens too. Lack of credibility is Tangle’s main disadvantage. 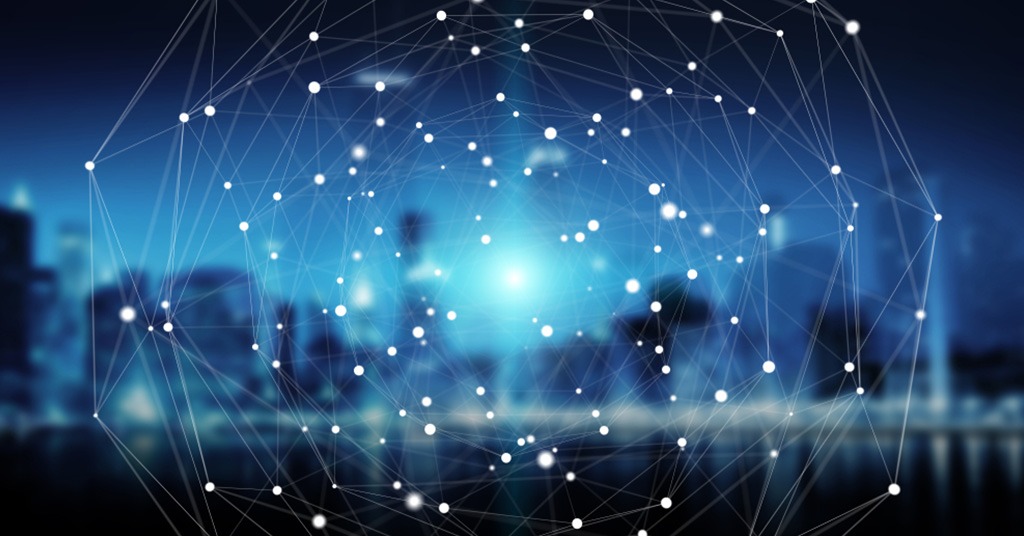 One more significant DLT left to discuss is Hashgraph.

The technology was developed by Leemon Baird, the Co-Founder, CTO, and Chief Scientist of Hedera, and the co-founder and CTO of Swirlds Inc.

The underlying technique of gossiping consensus means that the protocol participants randomly share information about their transactions with other participants. It creates an event in the transaction history. Furthermore, they don’t only “gossip” about transactions but also “gossip about gossip”. This way, the participants share their own events and the financial activities someone has previously shared with them. Every gossip message has information about the current event and the previous gossip.

The virtual voting algorithm helps to decide each transaction’s validity judging from the hashgraph gossip history. If the majority of nodes in the system have witnessed the transaction through their gossip messages, it gets verified. The event is given a consensus timestamp. The technology is claimed to be fair and trustworthy, as the timestamps are proven mathematically. The Byzantine agreement mechanism does not require all the participants to agree on the transaction. Instead, according to the probability theory, it assumes that around one-third of the nodes may be violating the protocol, omitting or forging messages etc.

Nevertheless, the Hashgraph platform has its limitations. It still operates in private networks. The participants have to receive permission from the Hashgraph team. One can hardly speak of true decentralization in this case.

In addition, the node identities are well-known to the administration. If the ledger moves on to the public realm, it most probably will face the same issues which blockchain faces. The number of malicious Byzantine nodes can increase. Thus, even honest transactions may not get validated if they are passed to a few random malicious users who block the message intentionally.

Furthermore, its main advantage – speed – will definitely also suffer in the public domain with an infinite number of possible users.

Finally, there is no cryptocurrency based on the protocol so far. Nor does the company announce it. Nevertheless, Hedera Hashgraph will create an open developers’ network governed by a small trusted council. Perhaps, its growth will ultimately create new crypto-opportunities for the Hashgraph algorithm.