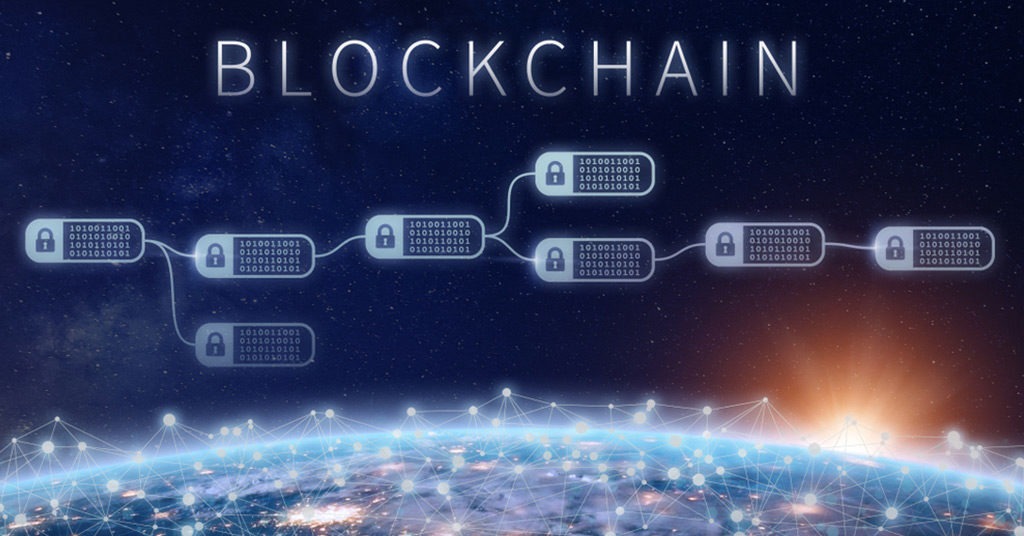 These days, on 1-2 November 2018, Malta Blockchain Summit is taking place. This year, the event gathered around 8,500 delegates from around the world. Among the prominent speakers, like John McAfee and Joseph Muscat, Prime Minister of Malta, was also the worldwide-famous robot Sophia. The event featured a Hackathon and an ICO Pitch with hundreds of investors.

However, in this report, we would like to focus on Malta itself, as it is a very attractive location for blockchain companies and investors in general. We offer you a glimpse of what opportunities you may find in this country, increasingly referred to as the Blockchain Island. 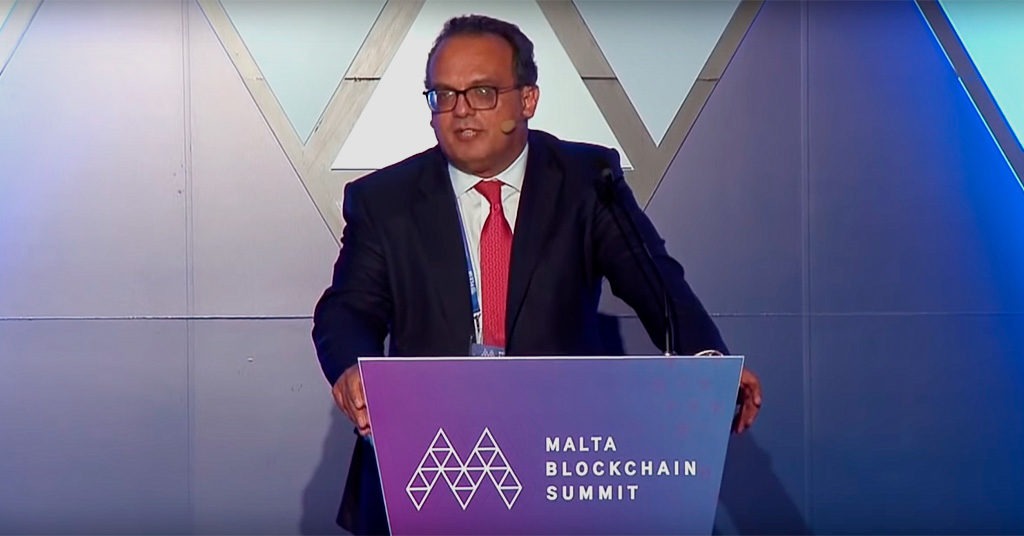 Managing Partner at EY Malta Ronald Attard shared key findings of the EY’s 2018 Malta Attractiveness Survey. According to his presentation,

Much of Malta success on this count has been built on innovative and robust regulatory frameworks. These have helped the country to upskill the local economy with new digital talent and forge a more diverse workforce with young bright international workers working side-by-side with local people, and also driving investment in digital areas
Ronald Attard, Ernst & Young

The speaker also noted that Malta had been one of the first to create a comprehensive regulatory framework for innovative technology such as blockchain. 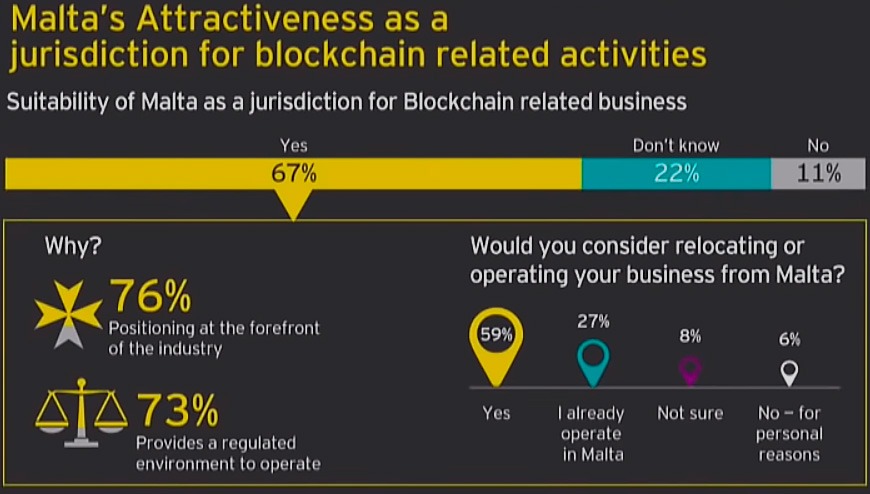 Moreover, according to the Survey, Malta can enhance its attractiveness by considering: 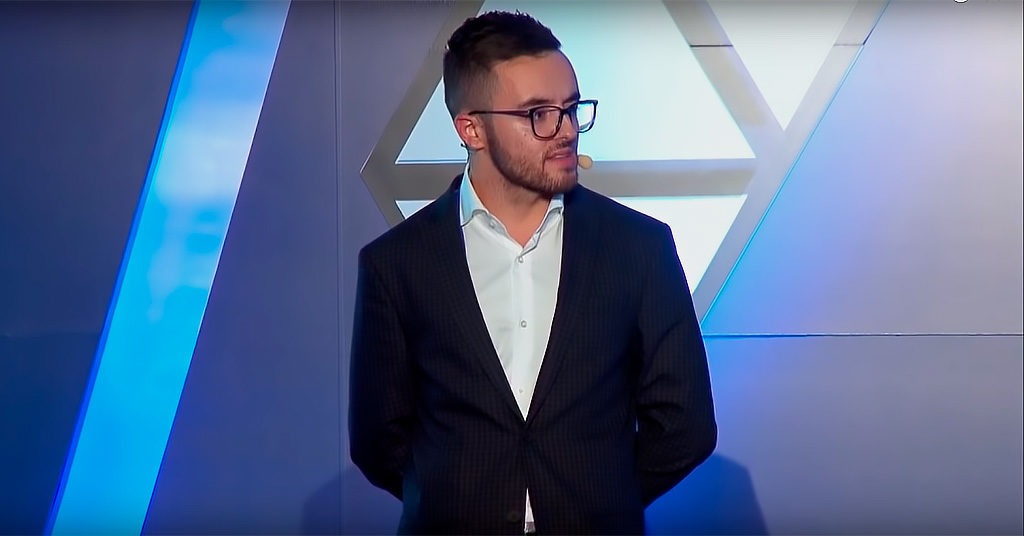 The first of November 2018 is the date when the smallest EU member state announcing and bringing to effect the first regulatory framework in the world to tackle this new industry
Jonathan Galea, Blockchain Advisory

The speaker also noted that the Maltese community managed to set up the first regulatory authority in the world which will provide certification for technology arrangements for blockchain-based (DLT-based) smart contracts, decentralized applications, platforms, etc.

Moreover, he revealed the recent partnership which will bring one of the largest blockchain protocols in the world – the Waves protocol – to Malta. 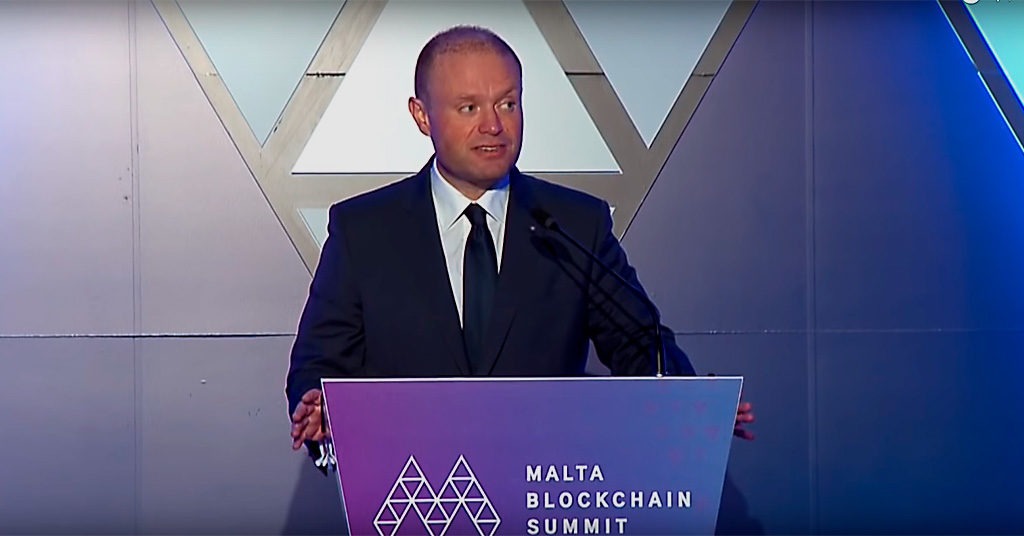 Prime minister of Malta Joseph Muscat participated in the event as a speaker. He started his speech noting that Malta is moving at a very fast pace in terms of keeping up with evolving technology.

As a government, we could have taken two roads - either to sit back and let the big waves of change settle down, with the hope that it does as little damage as possible to us, or else prepare for it, building necessary breakwaters, canals and making good use of the force of nature that this new technology is proving to be
Joseph Muscat, Prime minister of Malta

As Prime minister said, Maltese economy has grown by an average of almost 6% every year since 2014 – two times the average growth rate experienced by other EU countries. GDP growth of Malta is the largest of any EU member states right now. Now the country is experiencing a situation where it has virtually full employment for the first time ever, and there are lots of social care programs developed.

Joseph Muscat believes in the potential of blockchain technology. He also expressed Malta’s willingness to be a hub for AI innovations, new intelligent technologies, and their regulation.

SEE ALSO: The Blockchain Day 2018 is kicking off in Paris – live coverage