Home > Business > Robinhood makes its first acquisition as an IPO

Robinhood makes its first acquisition as an IPO 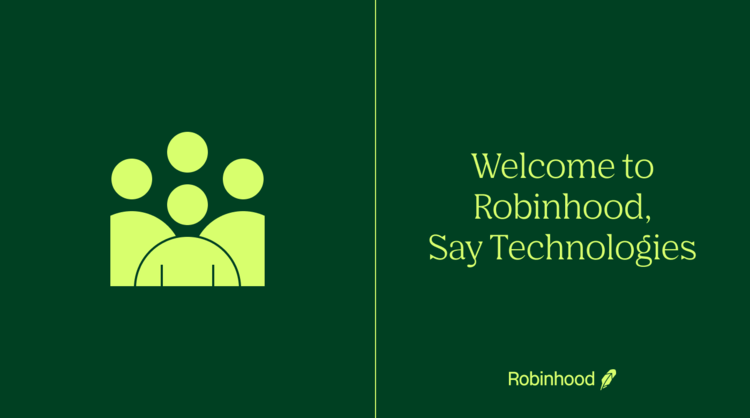 Robinhood makes its first acquisition as an IPO. Source: blog.robinhood.com

For the first time since its initial IPO, Robinhood Markets will make an acquisition as a public trading company.

This comes as the trading site agreed to purchase Say Technologies. Although it remains unclear when the deal will be closed, the company will make $140 million in cash. After the news was released, the stock fell to $56.20, which is a 1% decline.

Say Technologies is a communication site that enables shareholders to participate in proxy voting. Via the site, investors get to view documents, make inquiries to the management, get feedback and vote.

The company has already garnered $8 million in funding. Steve Cohen’s Point72 Ventures is one of the investors in the acquisition.

With Say, investor communications have been eased. This is a plus for millions of people who want to participate in the decision-making of firms that hold their investments. Say Technologies and Robinhood Markets have a common goal that involves eradicating issues that bar people from taking part in the financial system.

Robinhood has a strategy that aims to invest or acquire compatible firms, specialized employees and technologies or products as per a regulatory filing. In March, the firm bought Binc. And in 2019, it bought MarketSnacks.

On its balance sheet, Robinhood has a pro forma value estimated at $6.4 billion in cash as well as equivalents. This includes the stock sold in the March 31 IPO.

The acquisition of Say comes barely two weeks after the trading app was publicly listed at $38 a share on July 30. While the stock fell by 8% on the initial day, it has now gained almost 51% from the offer price.

Trading may stay volatile given that Robinhood has now been taken as a meme stock.

We’ve reported that the looming chip shortage has impacted the payments cards industry.