Home > Cryptocurrency > Can We Trust Crypto Exchanges Following the Blowup of FTX?

Can We Trust Crypto Exchanges Following the Blowup of FTX?

The cryptocurrency market has experienced a sea change for many investors in the wake of the FTX bankruptcy and the subsequent arrest of Sam Bankman-Fried, the former CEO of FTX. The question for investors is whether they can continue to trust the cryptocurrency market. Historically, markets have faced bad actors. The managed money and hedge fund industry needed to overcome the Bankruptcy and theft from Berne Madoff. Over four decades, investors lost as much as 65 billion dollars from the scheme perpetrated by Madoff. 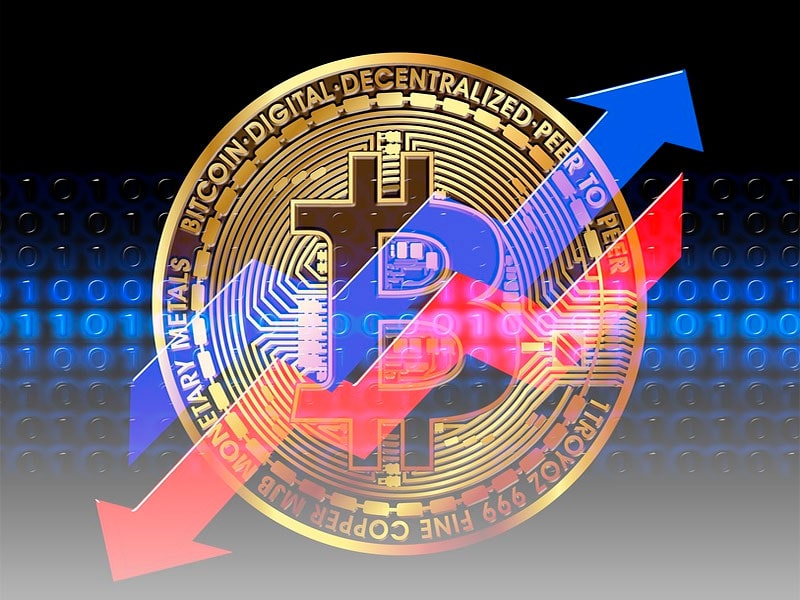 Despite the loss of funds, investors still trusted the equity markets and money managers and experienced robust returns between 2010 and 2020, just before the pandemic’s beginning. The FTX blowup saw a scenario where Blankman-Fried allegedly defrauded investors by stealing billions of dollars over a year for his benefit. Investors are now focused on the decline in the price of the most liquid cryptocurrencies. Will investors be able to trust cryptocurrency exchanges in 2023 following the FTX issue?

Can We Learn From the Past

The issues that occurred with FTX are not new to the financial markets. We have seen this play before. Manager of substantial sums of capital uses leverage to enhance their gains, and when the market moves against them, they decide to borrow until investors request their money. The most famous of these Ponzi schemes was the escapade of Bernie Madoff. Bernard Madoff was an American financier who conducted a Ponzi scheme for 17 years. Madoff had an excellent pedigree. He was the Chairman of the Nasdaq exchange and was a pioneer in electronic trading. Madoff died in prison at the age of 82 in April 2021.

Madoff’s trading strategy attracted investors from around the globe. He produced consistent returns and became the darling of Wall Street. Several times the Securities and Exchange Commission raised a red flag about his trading strategy as they could not point to the specific securities he was trading to generate gains. Madoff initially started as a legitimate money manager. Still, as losses mounted, he decided to falsify the returns he was producing and released quarterly reports to investors that had been doctored to show impressive results. The scheme worked as long as investors continued to provide him with capital.

When investors wanted to withdraw capital from their accounts, Madoff would use other investors’ money for the withdrawals of other investors. The scheme started to unwind during the 2008/2009 financial crisis. As the markets tumbled, investors requested withdrawals, and Madoff did not have their money. He used investor money for his lavish lifestyle and stole 65 billion dollars. Despite the issue related to Madoff, as the equity markets started to rally in 2011, investors soon put the problem associated with Madoff behind them.

The FTX Bankruptcy and Accusations

While the FTX bankruptcy and accusations of theft by the FTX CEO Sam Bankman-Fried are similar in some ways to the Madoff scheme, the cryptocurrency markets are still in their infancy relative to where the equity markets were when Madoff perpetrated his theft.

On November 11, 2022, FTX filed for bankruptcy protection. The filling indicates that FTX had assets between $10 billion to $50 billion and liabilities in a similar range. The filing also showed that the company had 130 affiliate companies that also filed for Bankruptcy. The Bahamas securities regulator froze the assets of FTX Digital Markets and FTX Bahamian subsidiary as the CEO Bankman-Fried was trying to bail out the exchange. Within hours of the bankruptcy filing, FTX said it was a victim of unauthorized transactions of about 477 million dollars, a suspected hack of their systems.

How Did FTX Unwind So Quickly

Arbitrage is not a new strategy and has been used by financial professionals for decades. Arbitrage strategies are prevalent in physical commodity markets. For example, if you can purchase corn in location A and put it on a train, and move it to location B and the cost of buying the corn in location A plus your transportation costs and financing are less than the sale price in location B, you have created an arbitrage. Bankman-Fried used price differentials between cryptocurrencies in South Korea and the rest of the world to generate an arbitrage called the Kimchi swap.

According to the Commodities Futures Trading Commission, Bankman-Fried started using customer funds soon after founding FTX.com in April 2019 to generate profits for Alameda Research. Alameda did not have permission to use customer funds to comingle with Alameda’s funds to bet on the direction of cryptocurrencies or use them as collateral for arbitrage opportunities. According to the CFTC, using customer money by Alameda Research constitutes fraud. Bankman-Fried has also been indicted by a Federal Grand Jury in the South District of New York, which is part of the U.S. Justice Department.

Alameda Research was also a market maker for FTX.com. The hedge fund would buy and sell cryptocurrencies on the exchange, providing liquidity to FTX.com customers. Bankman-Fried allowed Alemeda Research to run a negative balance where it did not have to post margin when the equity in its account grew to a negative balance level. No other customer at FTX.com was allowed to run a negative balance. For a broker to remain solvent, it needs to ensure that each customer has the appropriate capital in its account so a broker is not on the hook for realized losses. Regulators accuse Bankman-Fried of stacking the deck in Alameda’s favor. Court filings also show that Alameda produced horrible returns. Throughout its lifetime, the fund lost over $3.7 billion.

Alameda created tokens which were loans that provided interest to its owners. The issue was that the tokens were illiquid similar to the collateralized loan obligations (CLO) used by banks during the financial crisis. Recall that, ahead of the financial crisis; banks were creating a product called CLO, a basket of subprime loans. They used a mark-to-model technique but could not sell these products in the open market once the housing market started to soften.

According to the CFTC, the FTT token that Alameda created was illiquid and could not be sold at the price that FTX.com claimed they were worth. Any attempt to sell these tokens would have generated a considerable price drop in FTT. The upshot was that Alameda did not have enough liquid assets to service its outstanding loans. As losses at Alameda piled up, Bankman-Fried ordered Alameda to increase the use of customer assets to cover its outstanding debt. By mid-2022, Alameda owed FTX $8 billion for the customer money it had been using.

On November 2, 2022, a cryptocurrency trade publication, CoinDesk, published Alameda’s balance sheet and investors started withdrawing their capital. Since Alameda relied on customer funds, the massive withdrawal of funds created a hole in the liquidity that Alameda relied on. The final straw broke when a former investor, Biances exchange, said they would liquidate all of the FTT tokens they had on their books. The sell-off in the token created a massive liquidation by Alameda of all of its assets, putting downward pressure on all cryptocurrencies. Initially, there was no admission that there was a problem, but on November 8, 2022, the shortfall in the amount Alameda owed FTX.com grew to $8 billion. Bankman-Fried scrambled to find a rescue package, but there were no saviors, and FTX.com needed to file for Bankruptcy. According to the CFTC, billions of dollars of customers’ funds are missing.

Can We Trust Exchanges Going Forward

The loss of customer capital will sting many investors for a considerable period, and the industry will likely pay the price for Bankman-Frieds transgressions. The issue, in this case, was a bad apple that tried to take advantage of customers to build a cryptocurrency empire. While Bankman-Fried and his associates will likely spend considerable time in prison, the market will likely rebound as customers look for regulators to oversee customer funds. In the United States, an exchange like Coindesk is regulated by the CFTC and the Federal Reserve. Many other crypto exchanges are regulated. Customers will ask many more questions about the oversight of cryptocurrency and how it can be protected in the event of fraud. For example, SiPC is the Securities Investor Protection Corporation in the United States that ensures a brokerage account of up to $500,000. Investors caught up in the Madoff scandal had brokerage accounts protected to the maximum. In time, regulators will like to find a solution that protects investors who want to invest in cryptocurrencies through crypto exchanges.