Home > Cryptocurrency > What is staking?

Let’s clarify exactly what it means 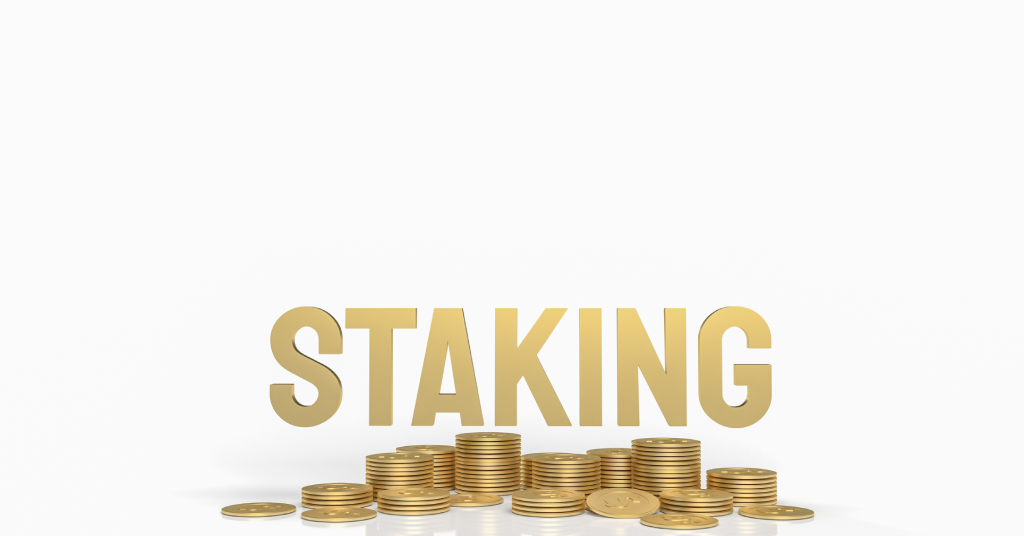 What is staking? Source: depositphotos.com

Amateur crypto investors are often confused with blockchain options. Depending on the token type, you can not only trade it, but mine it, stake it, use it for voting or deposits, etc. Staking is a fundamental process for every proof-of-stake (PoS) platform.

Staking is a process where a selected network participant, who has its crypto assets locked into a digital wallet, verifies the latest batch of transactions to the blockchain with the help of smart contracts and earns some crypto in exchange.

As opposed to the pioneer proof-of-work blockchain validation system, staking does not require solving complex energy-intensive maths problems. Therefore, stakers don’t need powerful computers to participate in a proof-of-stake system. An ordinary PC or a smartphone will be enough. It makes PoS platforms both more accessible and sustainable.

In simple terms, network users put some of their tokens aside in a dedicated crypto wallet. Any of these users may get a chance to add a new block to the blockchain in exchange for a small reward. Therefore, investors turn passive ownership of their crypto assets into a lucrative passive income. The staked tokens act as a deposit guarantee of the legitimacy of any validated transaction.

Every PoS network has its own peculiarities to the exact process of staking. However, as a rule, the more tokens you stake, the more chances you have to become a validator. The length of the deposit term is also an important factor.

Participants with small contributions may team up and join staking pools to increase their validation chances. The staking pool’s owner becomes a validator node, and a group of people who pool their coins together receive a better chance of winning new blocks. Rewards are split among the pool’s participants. The pool owner may also charge a small fee for participation.

If you are an unscrupulous validator i.e. transactions in a new block are discovered to be invalid, some part of your stake gets burned by the blockchain. This is called slashing.

Besides bringing monetary rewards, some projects award “governance tokens” to staking participants, which allow holders to vote on possible upgrades, propose changes, and so on. Staking your tokens has other advantages too. Firstly, it adds security and efficiency to the blockchain projects you support. Secondly, blockchain becomes more resistant to attacks and processes transactions better. The proof-of-stake validation method generally increases the speed and efficiency of the blockchain while lowering transaction fees.

The PoS consensus mechanism uses validators to verify transactions and maintain consensus in a blockchain network. The smart blockchain algorithm chooses random blocks and assigns them to a validator node for review. The work of the node is to check the legitimacy of the assigned transactions and add the valid block to the ledger. If the data is incorrect, the transaction should be rejected. If a validator proposes adding a block with inaccurate information, some of their staked holdings get burned.

Staking may have some variations depending on the blockchain network:

Ethereum has recently added a consensus layer (formerly called Eth2). There, users can stake at least 32ETH and be responsible for storing data, processing transactions, and adding new blocks to the blockchain. You’ll get rewards for running software that properly batches transactions into new blocks and checks the work of other validators. Therefore, you’d better have a fast computer with large storage space that is connected to the Internet 24/7. If you don’t want or don’t feel comfortable dealing with hardware, but still want to stake your ETH, staking-as-a-service options allow you to delegate the work while still earning native block rewards.

Pooled staking is not native to the Ethereum network. However, third-party providers offer such solutions. Many of these options include ‘liquid staking’ which involves an ERC-20 liquidity token that represents your staked ETH. You may also opt to buy tokenized staked ETH such as ankrETH, which allows you to use the coin for DeFi activities without withdrawing your stake. On the downside, centralised providers consolidate large pools of ETH to run large numbers of validators. This endangers the network, making it more vulnerable to attack or bugs.

Polkadot uses nominated proof-of-stake (NPoS) as its consensus algorithm. In this system, nominators back validators with their stake. DOT holders who don’t want to set up a validator node themselves can stake their tokens and participate as nominators to earn a share of the validators’ rewards. Both types of network participants lock their tokens as collateral and earn staking rewards for their contributions. Nominating currently requires a minimum of 10 DOT staked funds on Polkadot (0.1 KSM on Kusama). The minimum amount needed to earn rewards is dynamic. There is also a maximum of 22,500 nominators that can be active at the time. Nominators can get penalised (“slashed”) if the validator they choose behaves badly, or deviates from their protocol.

Tezos has recently introduced the Tenderbake – a major update to the Tezos consensus algorithm. Thus, minimal stake has been reduced to 6,000 tez, baking rewards are now credited instantaneously and depend on one’s current stake instead of the number of rolls (minimal stakes) they own. Delegates are required to freeze at least 10% of their stake in advance in order to obtain baking and endorsement rights. A delegate with the minimum amount of tokens participates every 10 blocks on average. The node’s storage layer and prevalidator have been optimised to handle the charge, with the precheck feature also contributing to the increase in performance. Tenderbake ​​favours safety over liveness and requires the active participation of validators holding 2/3 of the stake in order for the chain to progress.