Wirex has been hitting a lot of headlines lately 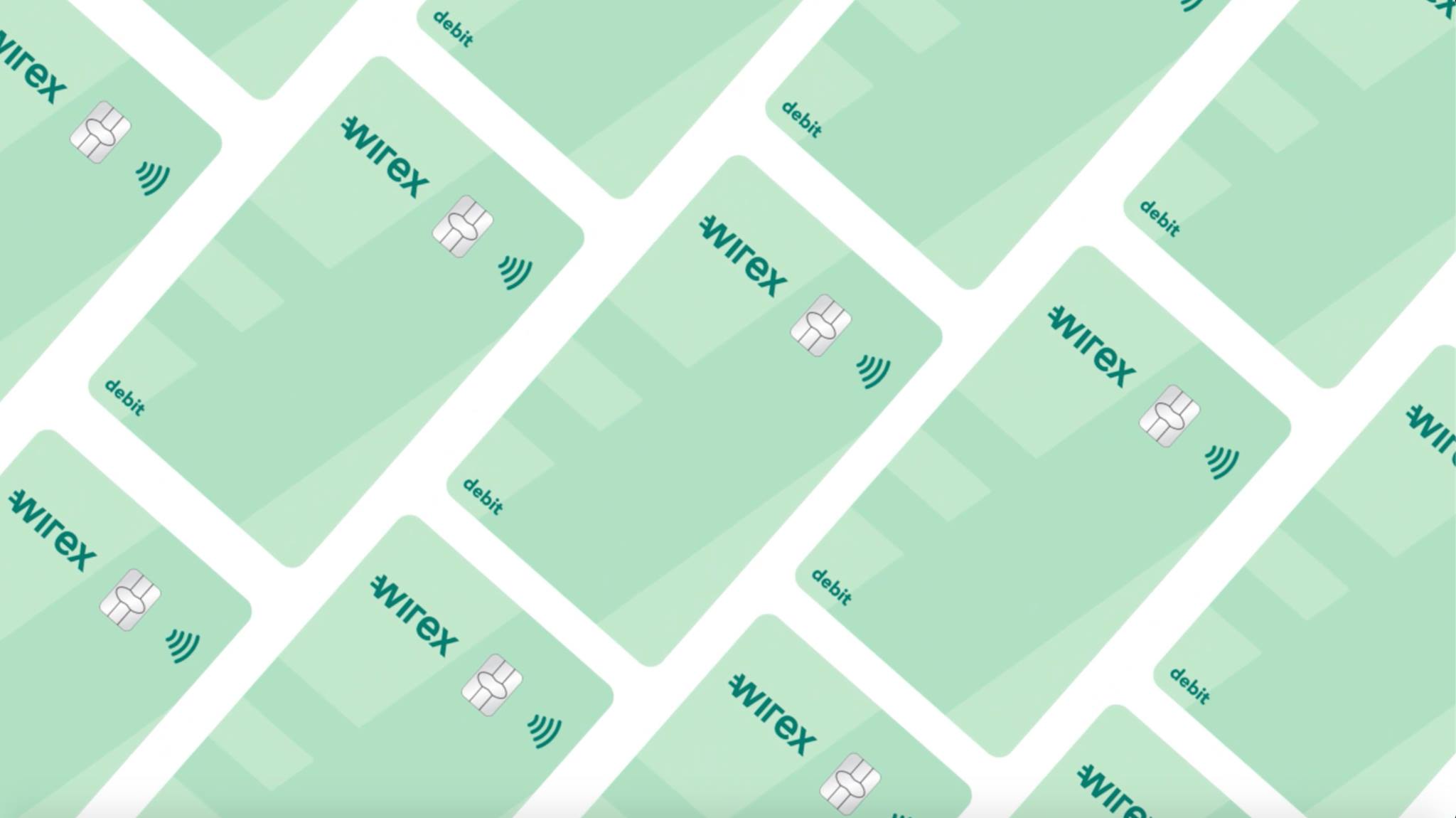 One of the most controversial crypto-projects of today has been operating for around 6 years now, but many people still wonder whether it’s legit. The name of this UK-based fintech has been hitting a lot of headlines lately so you may wonder what the buzz is all about. Therefore, PaySpace Magazine Global has decided to step up and lift the veil from the mysterious Wirex.

Since 2014, Wirex’s platform has enabled over 3 million customers in 130 countries to make over $3 billion worth of transactions between crypto and traditional currencies.

Wirex was created by CEOs and co-founders Pavel Matveev and Dmitry Lazarichev, who identified the need to make digital money accessible for everyone.

Dmitry Lazarichev is a seasoned professional in finance, company valuation and consulting, and serial entrepreneur. He had worked as Head of Valuation at Solid, one of the largest investment and finance groups in Russia. After moving to the UK, Lazarichev founded Peltrade Ltd – the first importer of wood biomass from Russia to the UK.

A few years later, the entrepreneur co-founded E-Coin. In 2016, the bold project started to undergo a rebranding, ultimately becoming Wirex as we know it. This borderless payment system offers a suite of banking services and a “hybrid financial platform” that intends to help users to easily manage their funds in both cryptocurrency and fiat. The co-founders raised some money from crowdfunding, got VC investment from SBI Holdings, and decided to apply for an e-money license in the UK.

Currently, Wirex is a licensed e-money issuer with the Financial Conduct Authority (FCA). However, their activities concerning crypto-assets are not regulated by the FCA.

In 2017, Wirex integrated with Dash, allowing customers to use yet another cryptocurrency to pay at VISA-accepting merchants worldwide or withdraw cash at ATMs.

Wirex is thrilled to be the largest provider of Dash payments cards in the world. Our integration with Dash signals an important milestone in the history of cryptocurrency mass adoption
Pavel Matveev, CEO of Wirex

In 2019, Wirex announced the launch of a brand new next-generation Wirex Visa Travelcard in the APAC region “where people need payments redesigned for the future”. It was unique in a way, allowing them to store and use hybrid crypto-fiat assets in over 150 currencies. To make it possible, the brand partnered with digital banking and payments firm i2c.

We are pleased to have been able to help Wirex expand [its] business into Asia with such a highly differentiated and innovative offering that will enhance [its] customers’ payment experiences when traveling
Ava Kelly, Head of Global Product at i2c

Wirex, has also launched 26 fiat-backed stablecoins on the Stellar Network in 2019, focused on its usage for international transfers.

2020 has brought Wirex more users and record profits. The company also started expanding into North America. According to the company’s blog: “Customers in the USA will be able to register and pre-order their next-gen Wirex cards very soon, with the full range of innovative Wirex services landing shortly afterwards.” 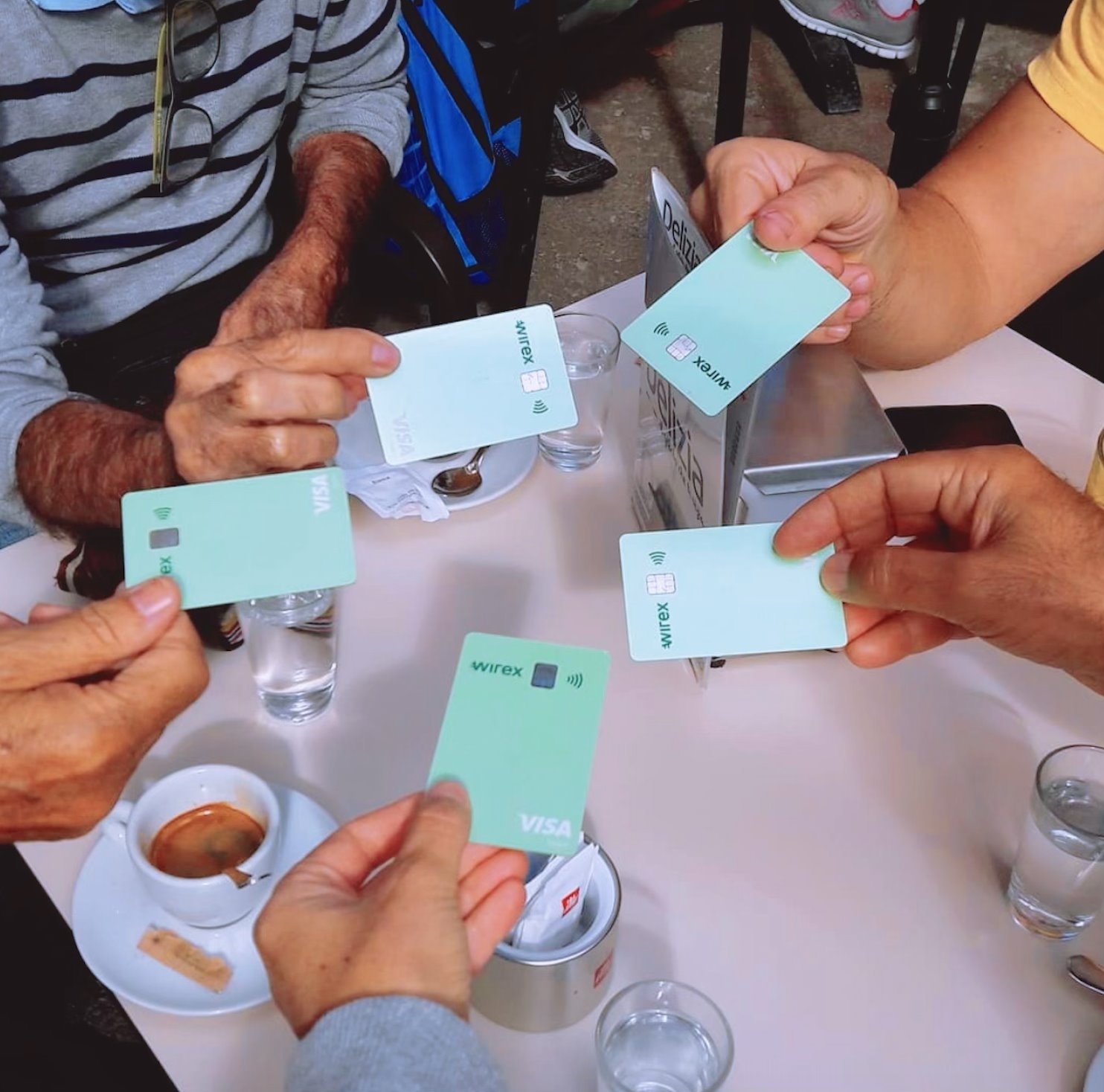 As Mastercard has expanded its cryptocurrency program, Wirex has become the first “native” cryptocurrency platform to gain principal membership. That means that Wirex can now directly issue cards on Mastercard’s network.

Our work with Wirex and the wider crypto ecosystem is accelerating innovation and empowering consumers with more choice in the way they pay
Raj Dhamodharan, Mastercard’s Executive VP for digital asset and blockchain products and partnerships

The company launched its first product — a Bitcoin-supported debit card — in 2015, becoming a pioneer in this field. Users could choose between a physical card backed by chip and pin, or a VISA card in virtual form.

Currently, their multi-currency travel card empowers customers across the APAC region to link various fiat currencies and exchange crypto at “industry-best OTC and interbank rates”. The card also offers up to 1.5% cashback in Bitcoin on all in-store purchases through its first in the world Cryptoback program.

Wirex Card is issued by Contis Financial Services Ltd, which is authorized by the Financial Conduct Authority to issue eMoney and is a Principal Member of Visa Europe.

Users who open a personal or a business Wirex account can fund it with a debit or credit card, bank transfer, or crypto. In case you are using crypto for a transaction, an instant exchange between crypto (Bitcoin, Litecoin, XRP, Ether, Waves, etc) and traditional currencies happens in-app, at OTC (over-the-counter) and interbank rates.

The infrastructure supporting all this functionality at a single platform is quite complex. There are numerous exchanges, OTC players, FX brokers and blockchains integrated with Wirex back-end solution.

The company also introduced Wirex token (WXT), a native cryptocurrency for its digital platform. On the 26th of June 2020, it was exactly one year since WXT was first made available to the general public. To celebrate this, Wirex had conducted a promotional Birthday Campaign. 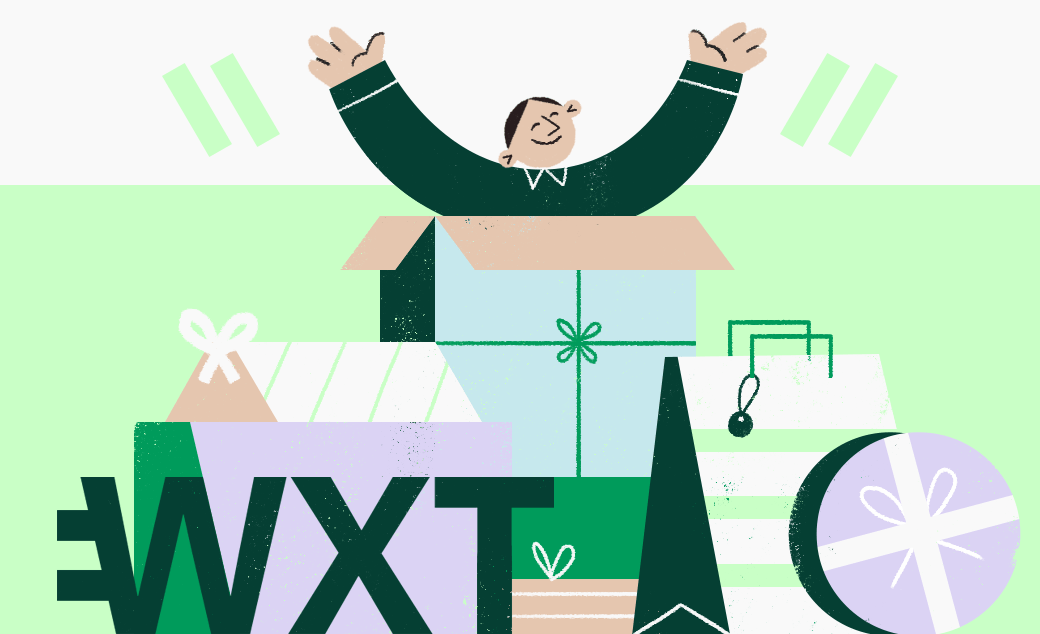 The company services have been nicely rated at Trustpilot overall. However, there have been a lot of complaints lately. Perhaps, that is linked to current EU maintenance. As per the company’s website: “We are updating our bank transfer infrastructure. To carry out this work, we need to temporarily limit some of Wirex’s functionality.”

Furthermore, some clients may have been affected by the recent Wirecard scandal. However,

Only a minimal amount of our customer’s cards were actually issued by Wirecard, and this was limited exclusively to the APAC region
Michael Moore, Chief Compliance Officer at Wirex

Whatever the reason, numerous user reviews claim that their funds are missing and that Wirex occasionally blocks access to the crypto asset selling feature when the rates are favorable. Discouraged customers also get annoyed since they cannot get a real-time response from support. Wirex doesn’t have a phone number you can call. They don’t even have chat functionality built into their app. You can only create a ticket and wait for an answer to appear in the Settings-Help menu. Many people even call the whole Wirex business a scam, being unable to track their funds.

When Wirex started offering its debit cards linked to hybrid accounts, many compatriots of the project’s founders were skeptical.

“As soon as the use of cryptocurrencies becomes widespread, banks will come to this segment and drop commissions so low that it will become difficult for separate companies to compete.”

“Most of the turnover on bitcoin transactions comes from countries with a strong presence of the shadow economy, therefore, cryptocurrency cards are under pressure from regulators.”

That would make operating such a business painstaking. 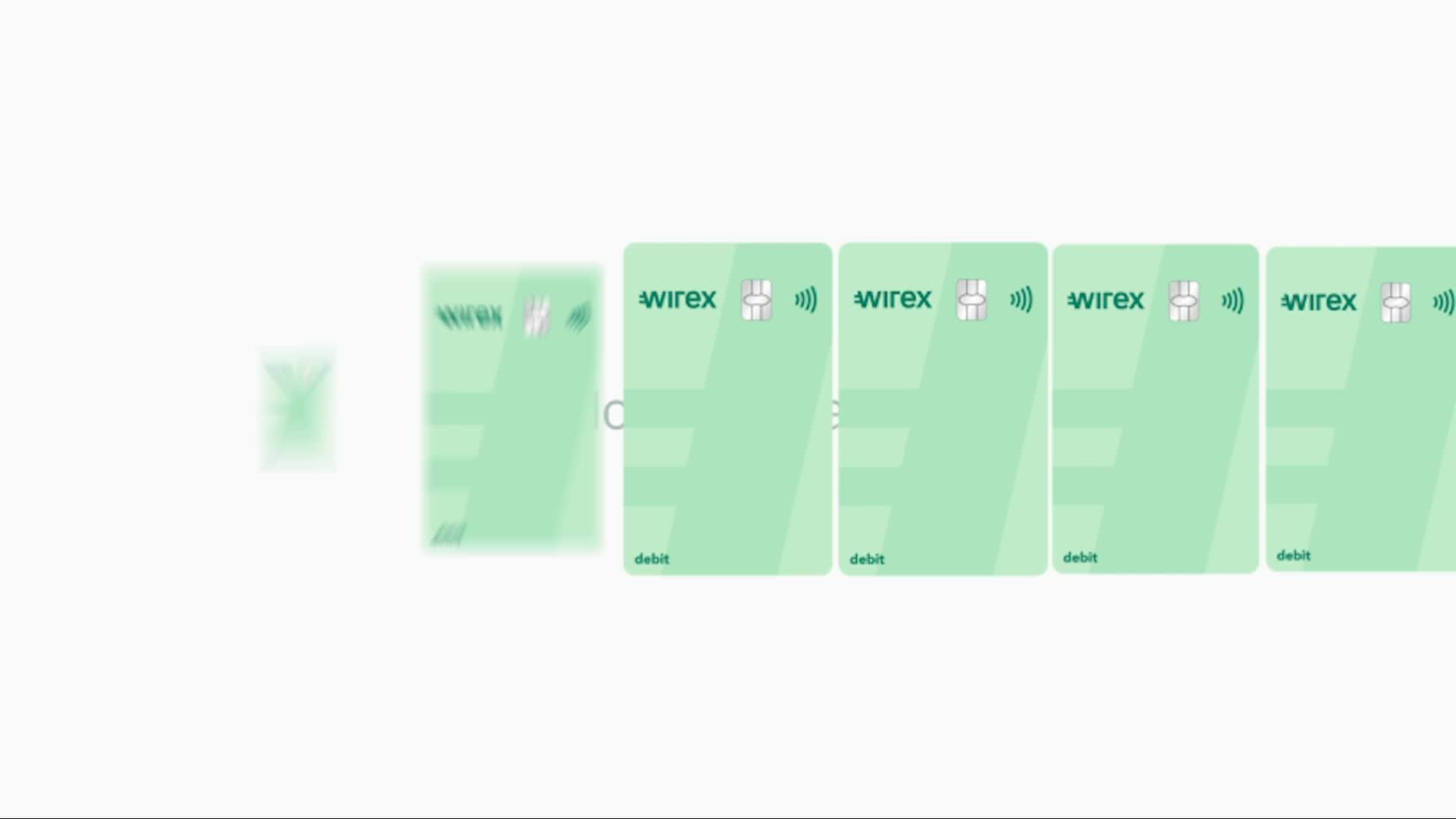 After the FCA approval, Wirex project was treated with more optimism and respect. Source: facebook.com

After the FCA approval, Wirex project was treated with more optimism and respect. As Gina Clarke for Forbes wrote:

“It is expected that banking options such as Wirex that are currently seen as being groundbreaking will become increasingly mainstream over the next two to five years,”

Despite any criticism and negative reviews, Pavel Matveev has remained positive about Wirex future:

“What many Fintech players are doing right now is better banking. There is a genuine demand for it… But sometimes you need to take a step back and look at what is ahead.
Wirex is not about better banking. We don’t believe that banking infrastructure can be scaled any further.”

Focusing on the digital economy instead, Matveev explains:

“We’re realists – we know that mainstream adoption of digital currency cannot happen overnight… The main impediment to widespread adoption is currently low merchant acceptance. Instead of convincing millions of merchants around the world to accept crypto, we’ve utilized the existing merchant networks of Visa and Mastercard to allow people to use their digital assets.”

If you wish to create a Wirex Profile:

Wirex app can be downloaded from Google Play or App Store.