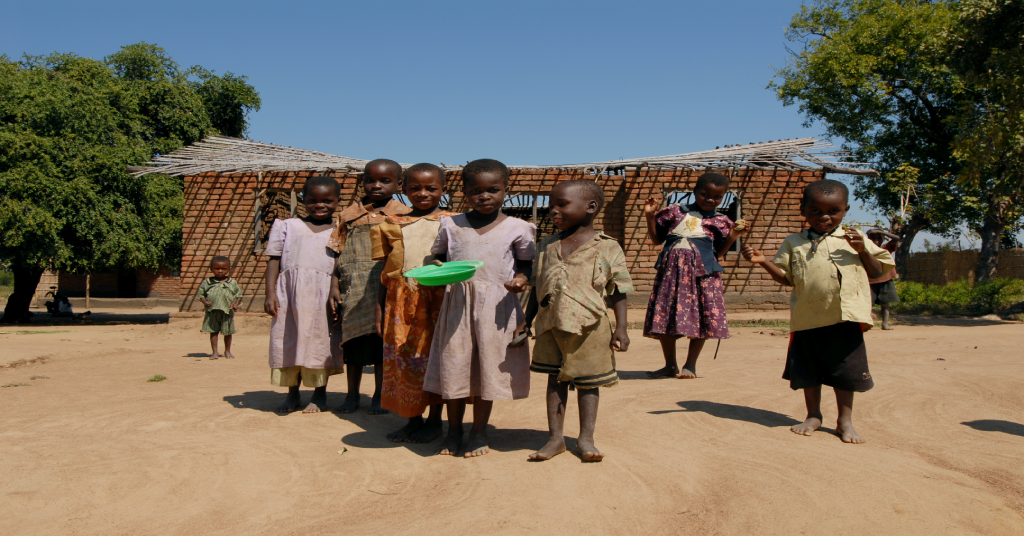 Africa could lose 10% of its population to hunger if the war in Ukraine lasts. Source: depositphotos.com

The Russian invasion of Ukraine is genocide not only against Ukrainians but also against the numerous developing countries which depend on the import of grain from the region to survive.

Northern African countries such as Egypt, Tunisia, Algeria and Morocco import most of their wheat and other cereals from Ukraine and Russia. The region can potentially raise crops sufficient only for half of its 254-million population. The Russian invasion is causing great price spikes which are putting basic food items beyond the reach of the most vulnerable. Some of the MENA countries are already affected by inflation, refugee or humanitarian crises, a few of those are already hunger hotspots.

The current population of East Africa is over 465 million. There, 21 million of citizens are already facing severe levels of hunger plagued by civil war in Ethiopia, flooding, and unprecedented two-year drought. Seasonal harvests have hit their lowest levels in decades, while malnourished African children are filling hospitals. The number of starving people will rise to 28 million (6% of the whole population in the region) if the international community does not respond adequately.

Meanwhile, a proper response is challenged by the ongoing Russian-Ukrainian war. It’s obvious that countries in a state of war can hardly provide for themselves, not to mention exporting food to other nations and continents. In early March, Ukraine banned exports of grain and other food products to prevent a domestic humanitarian crisis. With both Ukraine and Russia, we speak about the largest agricultural supplies globally. Namely, Africa is heavily dependent on wheat, soybeans, sunflower oil, and barley bought from the two countries in question.

African economic intelligence firm Concerto estimates that Russian and Ukrainian imports account for 30% of all African wheat consumption. For different countries, the levels of dependence vary. In Egypt, for example, this figure is closer to 80%. The country also imports over half its sunflower oil from Ukraine, and the government had already reduced subsidies for sunflower and soybean oil by 20% in June 2021 in response to an increase in prices. At least 14 African countries import half of their wheat from Russia and Ukraine, according to the Food and Agriculture Organization. Eritrea imports all of its wheat from the two countries involved.

The eastern regions of Ukraine, which are most vulnerable to Russian attacks, contain its most productive farmland. Currently, these regions are experiencing constant heavy shelling, which makes agricultural production virtually impossible. Moreover, the recent withdrawal of Russian troops from central Ukraine clearly identifies that forces will regroup and relocate to eastern and southern regions. Amassing the Russian military in the most vulnerable spots will lead to long and brutal fights which will disrupt all civil activities including agricultural production in the war zones.

Even in relatively “safe” regions of Ukraine, a lot of the population is either displaced or busy protecting their land from the aggressor. Therefore, the number of agricultural labourers and workers is significantly reduced. Access to many fields may also be blocked by military actions. Besides, there’s a fuel issue that may hinder efficient agricultural processes.

Whether Russia will be able to export the amount of grains it usually does is also questionable. So far, it has temporarily banned the export of white and raw sugar, wheat, rye, barley and maize only to neighbouring Eurasian Economic Union states. While most importers are continuing to get shipments from the aggressor state, operational risks associated with the delivery and payment of grain are quite high. Few new contracts have been signed. Thus, neither Russia nor Europe could predictably substitute the share of agricultural supplies exported by Ukraine.

Furthermore, the war will cause an interruption to the flow of grain and wheat out of the whole Black Sea region. Not only Russia and Ukraine but also Kazakhstan and Romania ship grain from ports in the Black Sea which could be blocked by both military action and sanctions.

The food crisis in Africa is aggravated by the processes started long before the Russian-Ukrainian war. The pandemic has already driven inflation and food basket prices up. The Food Price Index(FFPI) from the United Nations’ Food and Agriculture Organisation adjusted for inflation averaged 137.6 points in February 2022, up 5.2 points (3.9%) from January and as much as 21.6 points (18.7%) above February 2021.

According to the FAO, this represented an all-time high at the time. In February, prices of all major cereals increased approximately 2-6% from their respective values last month. The March data will be published in a few days. Considering the ongoing war and unstable situation globally, it’s likely the FFPI is going to break new records. Millions of people won’t be able to keep up.

Is there any viable solution to save African nations from famine?

There is, and it goes along with saving thousands of Ukrainians. Ending the war in Ukraine that sends ripples across the globe is in power of global leaders. Solid practical steps from the international community can save the world from this humanitarian crisis. Standing aside and expressing “deep concerns” is putting the lives of millions at stake.