The new e-passport book is designed by Canadian Bank Note, a Canada-based corporation 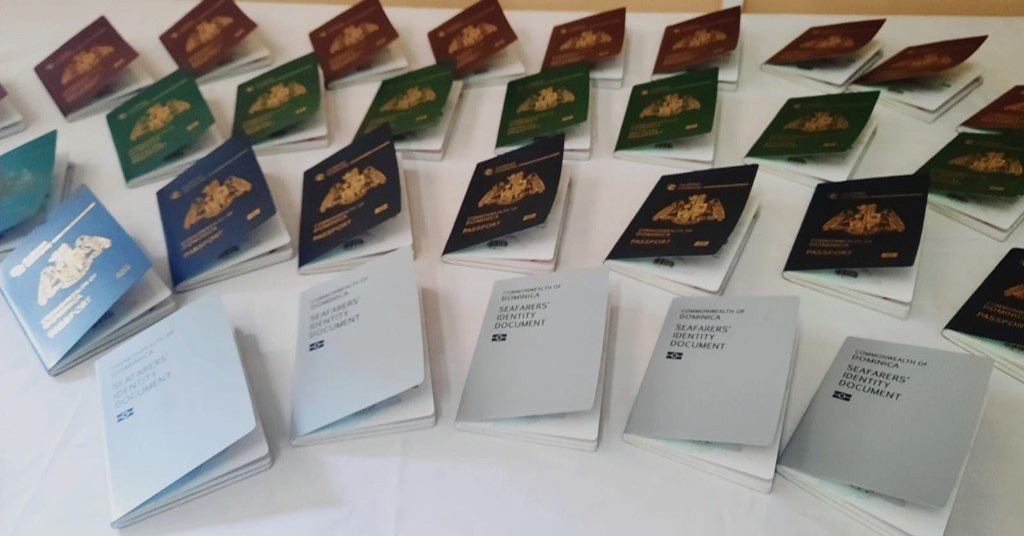 The Commonwealth of Dominica has launched its new electronic passport.

According to the officials, the new document is highly secure and would protect holders from identity theft, and would be an essential component of its border management systems.

Dominica’s biometric passport will store the holder’s personal information on a microchip embedded in the document. This includes biometric face, fingerprint, and iris data – all of that can verify the holder’s identity while traveling.

The Dominican government has previously noted that the document is compatible with the country’s new e-Gates. That means that holders will be able to use them to pass through border checkpoints more quickly.

The e-Gates were part of a $13 million project to update the Dominican border in anticipation of the biometric passports.

The biometric passports will also be issued to those who gain citizenship through Dominica’s Citizenship by Investment Program. The program offers citizenship to foreign nationals who make a qualifying investment in the island’s Economic Diversification Fund or select real estate projects.

Applicants to the program who pass the necessary due diligence checks receive Dominica’s citizenship and can apply for the country’s passport, which grants global mobility to over 140 destinations across the 7 continents.