Today, we’ll explain one of the most important concepts related to stock performance – the Dow aka DJIA 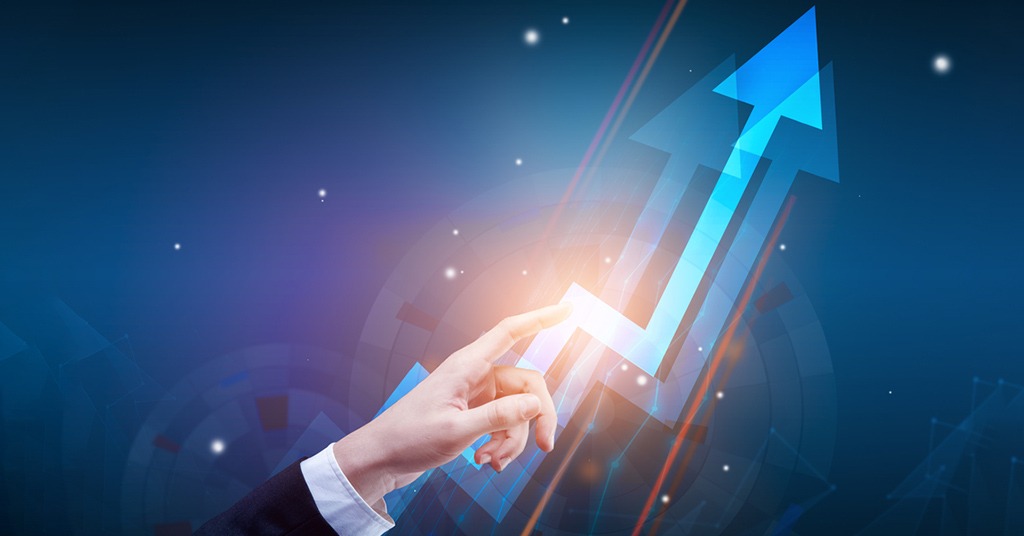 The stock market puzzles newbies with the variety of numbers and symbols that change in the real-time.

Blue chip is a nationally recognised, well-established, and financially sound company that has a long record of stable and reliable growth. Those 30 stocks are selected from the 500 securities included in the S&P 500. A committee made up of S&P Dow Jones Indices representatives, and The Wall Street Journal editors decide which companies are included in the DJIA.

To be selected, a company must:

The index was created by Charles Dow – an American journalist and a co-founder of the financial news bureau Dow, Jones & Co. Introduced in The Wall Street Journal on May 26, 1896, the DJIA became the first index of stock market activity. The companies chosen for the representation of the whole market state dealt with raw materials that fueled the American economy at that period (coal, sugar, and oil).

Originally, there were only 12 companies in the DJIA list. Dow added up all of their stock prices at the end of the trading day and divided the number by 12 to find out the average performance. The index expanded to embrace 30 chosen representatives of the American economy in 1928. General Electric had been a component of the DJIA longest – for 120 years – from its very creation in 1896 to 2018. However, its presence on the index list was not uninterrupted. It was removed from the DJIA twice in the index’s early days.

Companies come and go on the Dow representing major changes of the national economy. Besides, the index must take into account stock splits, dividends and membership changes. Therefore, the latest change that occured in 2020 replaced Exxonmobil, Pfizer and Raytheon Technologies with Salesforce, Amgen and Honeywell International. The move happened in response to Apple’s introduction of a four-to-one stock split.

At the very beginning the formula of the Dow was simple: the sum of 12 share prices divided by 12. Later, it got more complicated. Since 1928, the Dow Jones Industrial Average divides the sum of member stocks by a divisor, which is continuously updated. Because of major market changes and corporate M&A, the numerical value of the Dow divisor has changed significantly over the years. For example, it was at 16.67 back in 1928, and at 0.147 as of Sept. 2019.

The precise divisor value is always published in the Wall Street Journal. The periodical is also responsible for the proper adjustment of the Dow divisor. Keeping the Dow divisor properly updated provides accurate market averages.

DJIA is a price-weighted index, therefore, stocks with higher share prices are given greater weight in calculations. Today, UnitedHealth Group and Goldman Sachs have over 7% weight in the index, being the most influential stocks in the Dow. Since the Dow divisor is lower than 1 at the time, it actually becomes a multiplier. Therefore, the DJIA index is higher than the sum of selected stock prices.

The index value does not indicate the performance of any particular company. It rather illustrates overall positive or negative trends. The Dow usually takes a significant fall during recessions and times of financial instability. On the contrary, the number rises when the stock market is booming. However, a rise in the index may also occur because of a substantial rise in share prices of a single company. Technically, if one share price suddenly skyrockets (just like it happened to GameStop), it may be able to outweigh the fall in share prices of other stocks.

As of now, the companies that are moving the DJIA up are led by Boeing and Disney, whereas Amgen and Merck are pulling the index down. The changes are insignificant though. Hence, the Dow performance within a month barely grew by less than 1%. However, if we take the 1-year period, the growth is significant – 37.28%. That’s generally treated as a positive sign of American economy gradually recovering from the pandemic strike. However, there are some objections to the Dow’s role as an economic bellwether.

The DJIA index has a few questionable factors that may puzzle investors and financial advisors alike. Firstly, it doesn’t take market cap into consideration, like most other indices do. Secondly, it doesn’t include most of the tech giants like Amazon, Google or Facebook. Moreover, since Apple split its shares, it also isn’t that influential in the overall index picture. At the same time, the tech sector undoubtedly is a huge component of the US economy.

That’s why some critics call the index archaic. Many believe it should add variety to its components to better represent the realities of the US economy and enlarge the number of member stocks.

With only 30 stocks in the DJIA, it’s truly hard to reflect what is happening in the stock market as a whole. Industrials is currently the largest weighting in the DJIA, but industrials have been irrelevant compared to technology
Luke Lloyd, investment strategist at Strategic Wealth Partners

Nevertheless, despite all drawbacks, the Dow Jones currently remains one of the hottest indicators of stock market performance and the state of the American economy. Along with the S&P 500, it provides valuable insights to market observers.