Sweden is a Scandinavian country having thousands of coastal islands and inland lakes. It is a part of Northern Europe and a member of the European Union but retained its own currency (i.e., Swedish krona (SEK)). With a per capita income of $50,339 and a Human Development Index (HDI) of 0.945, it is one of the richest nations in Europe that has a very high standard of living.

Sweden has an estimated economy of USD 529 billion and is ranked 23rd in the world. Further, a country’s economy is largely integrated into the regional and global economic system and supply chains. For instance, Sweden supplies high-tech defence industrial equipment to the United States. 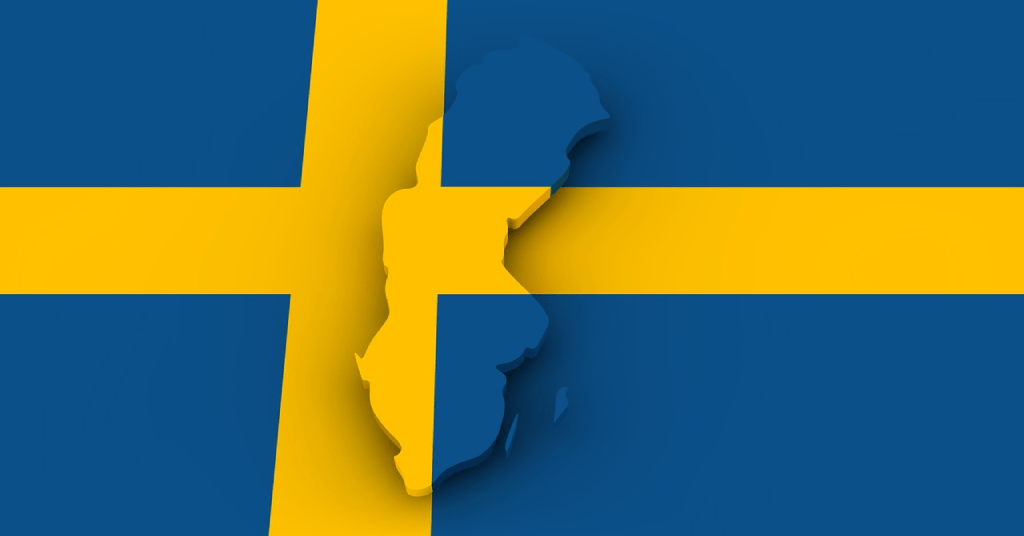 Sweden has an export-based mixed economic system. The World Economic Forum ranks the Swedish economy as one of the top ten most competitive countries in the world. The Global Competitiveness Report 2019 stated, “Sweden, Denmark and Finland have not only become among the world’s most technologically advanced, innovative and dynamic economies in the world, but are also providing better living conditions and better social protection, are more cohesive, and more sustainable than their peers at a similar level of competitiveness.’

In addition to maintaining competitiveness in goods and manufacturing sectors, the country has also witnessed an increased growth in its information and communications technology sector (ICT). In this context, the country has produced numerous unicorns (i.e., startups that have a valuation of more than USD 1 billion) such as video game developers King and Mojang, fintech company Klarna and music streaming service Spotify. Additionally, the industrial sector of the country is dominated by the players such as: Volvo, Saab, Ericsson, ABB, AstraZeneca, Electrolux, IKEA, H&M, etc.

Further, according to the World Bank, it is one of the easiest countries to do business with. Historically, the country has maintained a trade surplus with the value of exports exceeding its imports. The country has the high-tech engineering sector that accounts for 50% of the total economic output and exports. It is pertinent to note that Sweden is also the fifteenth largest arms exporter in the world. According to SIPRI, Sweden’s share in the total arm’s export industry is 0.7%.

During the COVID-19 pandemic, the Swedish economy shrank by 4.7 per cent. Given the vaccination process goes according to plan, experts believe the country’s economy is expected to rebound. Independent economists expect the economy is going to expand by 3.2% and 3.8% for the year 2021 and 2022 respectively.

Sweden’s economy is strong compared to many other countries, but even in Sweden, the labor market situation is difficult. The Government’s crisis measures have saved many jobs, but I have also made it clear that no country can save every job when a crisis strikes. We can now use the strength in the Swedish economy to implement a powerful green economic restart and ensure that everyone can be involved and – through their work – help Sweden move out of this crisis
Magdalena Andersson, Minister for Finance

Stockholm Stock Exchange (STO) is the primary stock exchange of Sweden. Sweden’s thirty liquid stocks are included in the benchmark index known as OMX Stockholm 30. Last year OMX Stockholm 30 gave a return of 37.31% and year-to-date (YTD) return of 28.10%. This index is heavily tilted towards the engineering and manufacturing sector and these companies’ exports most of their produce. Moreover, the P/E and P/B multiples of 15.71x and 2.86x respectively.

Currently, the Swedish economy is rebounding. As stated above, the projected GDP growth for 2021 is close to 4% and subsequent 3% in 2022. The growth is predicated on higher exports, resulting in rising manufacturing output and investment. In order to undertake this, a strong fiscal and monetary support is required by the private businesses.

Further, it is noteworthy to mention that Sweden has a debt to GDP of 63.5% but the household debt is approximately 200% of their disposable income.

The top reform priorities of the present Swedish government are as follows:

The government needs to undertake the following measures for the sustained growth in the economy of the country and to come out of the COVID-19 phase swiftly:

Substantial action has been taken to address the structural weaknesses of the Swedish economy, notably regarding education, migrant integration, and taxation, even though the COVID-19 outbreak has delayed some reforms.

Global risks related to the lethal mutations of COVID-19 together with concerns related to inflation are the primary risks to the rebound in the economic growth of Sweden. Unless the vaccination process is successful all over the world, newer and newer mutations of the COVID-19 strains are continuously going to form. Therefore, a global approach to combat this pandemic is warranted.

The government’s initiatives to restore economic activity and reduce unemployment to pre-COVID crisis levels are its priority. This is imperative in order to mitigate lasting economic and social damage.