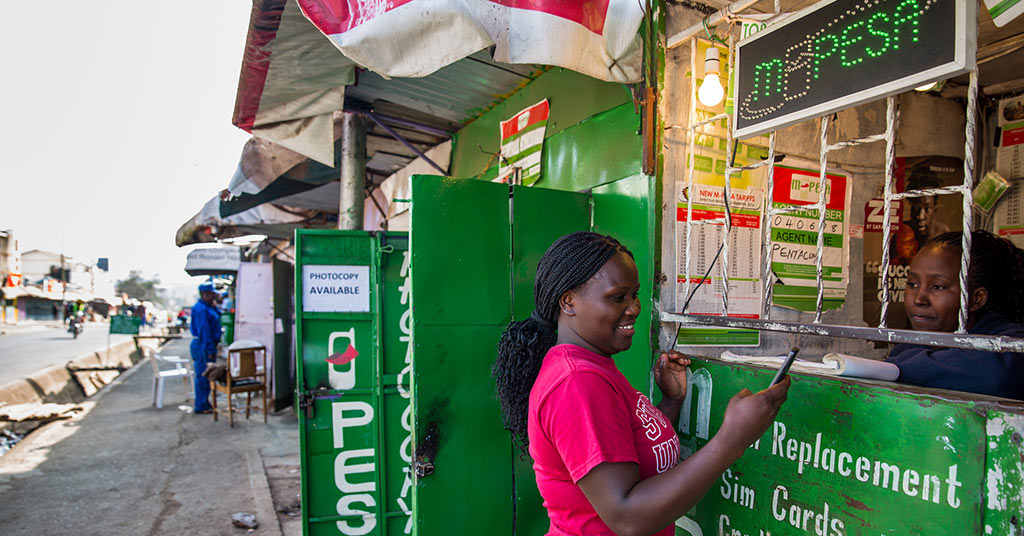 According to the World Bank, 1.7B adults worldwide don’t have bank accounts. The most «bankless» regions are China (225M people over the age of 15), India (190M people), and other developing Asia and Latin America countries. A banking infrastructure in those regions is poorly developed, so people try to find technological solutions to help it. In 2018 it is easy to turn your conventional messenger into a bank.

We’ve prepared the list of the most popular mobile wallets, which help to convert cash into digital money and manage finances with the help of your phone without depending on banks. 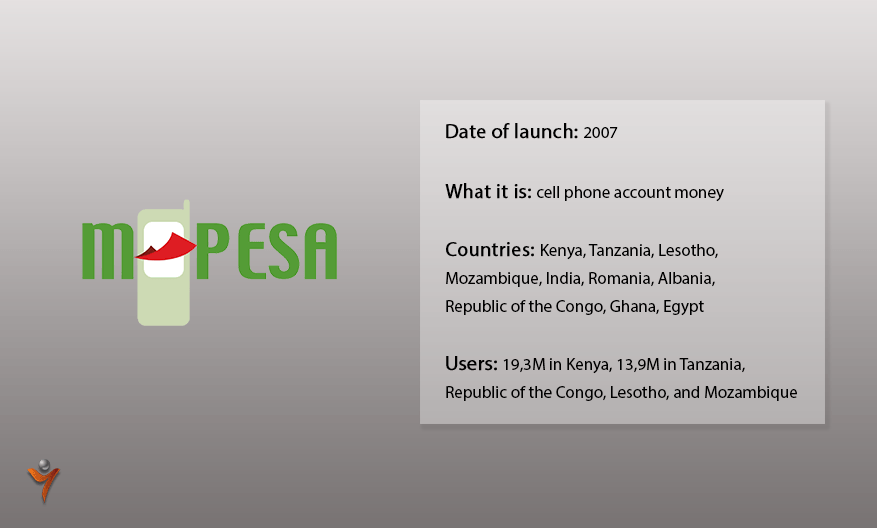 The first country to use cell phone account money for payments was Kenya. This has been made possible by Safaricom, a subsidiary of Vodafone. They decided to turn cell phone numbers into bank accounts.

This service is available only for Vodafone customers. You have to contact an M-Pesa agent to register an account. Deposits and account replenishment are also carried out with an agent’s help. The customer gives him cash and the agent sends money from his account minus fees. 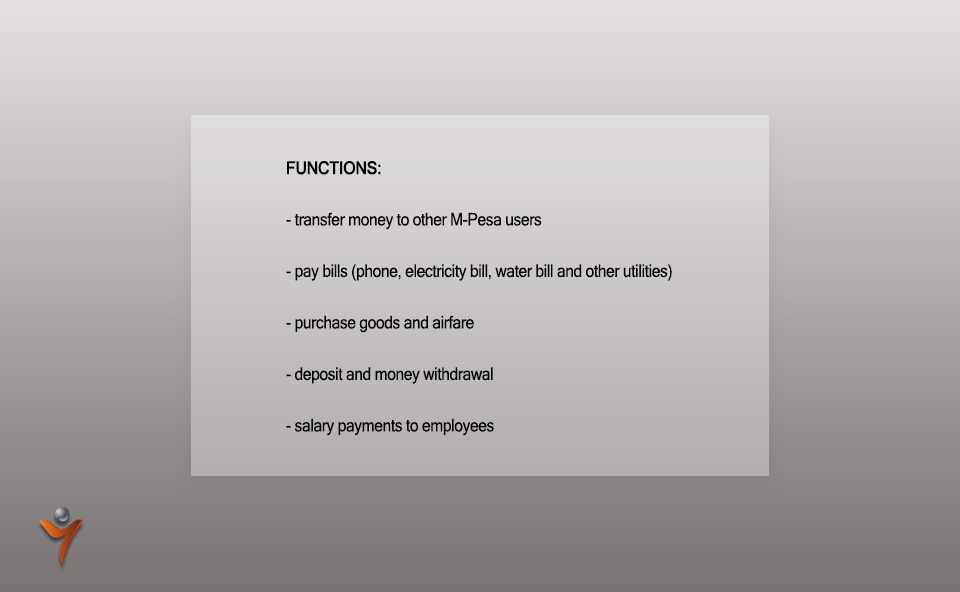 The service does not stand still. There are some new features – QR code and contactless payments.

You can link a card or NFC to your mobile phone account. 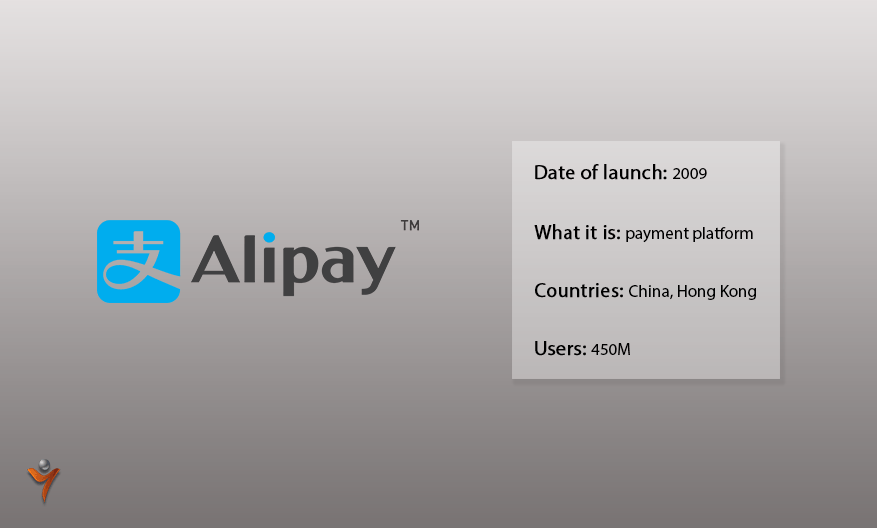 Alibaba needed a reliable way for customers to pay for goods and services, so they launched this solution. Alipay hasn’t met competition from other mobile wallets for a long time. Since early 2015, 77% of mobile payments in China have been carried out through this platform. However, the rapid development of WeChat Pay has undercut the monopoly of Alibaba.

First of all, you have to download the app, login, and top up an Alipay account using a bank account or just a credit/debit card. To use this service a user has to have a Chinese passport, a local bank account, and a Chinese mobile network operator number. 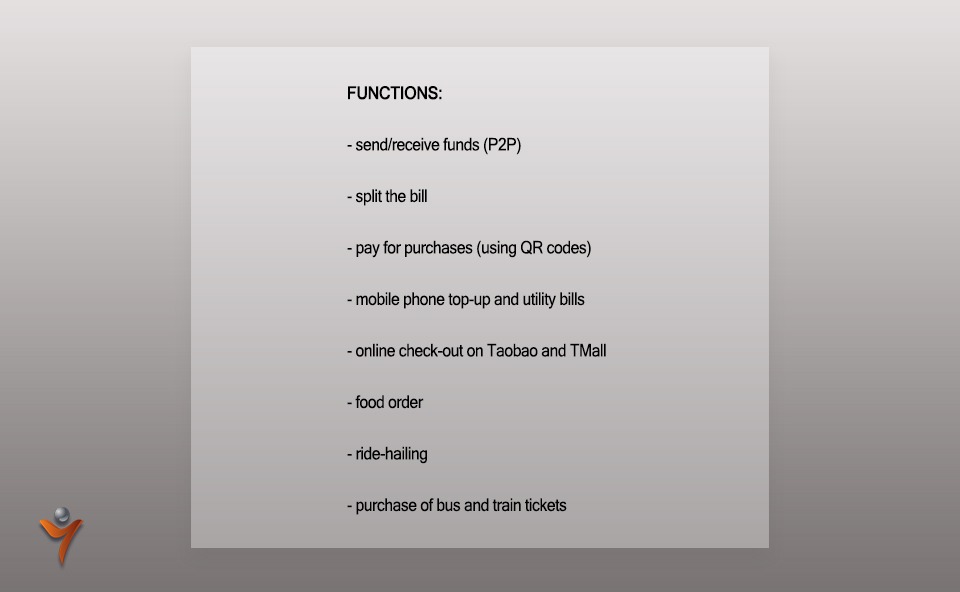 Alipay is very active in promoting its solutions abroad. Chinese tourists can now use this service in Japan, Singapore, the USA, Canada, and European countries (around 100 states). 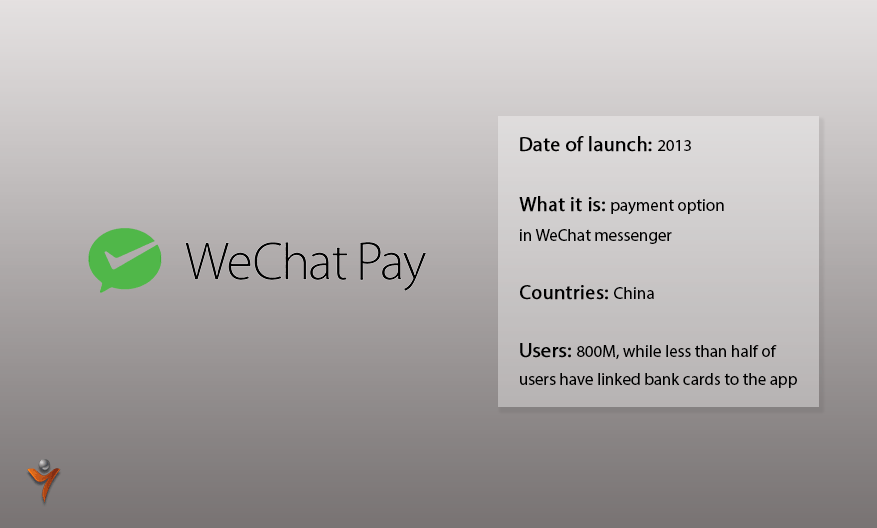 A user has to have WeChat account to use WeChat Pay. You can top-up this wallet using your bank card, bank account, or cash. This service works this way – a purchaser scans the QR code and enters the transaction amount. 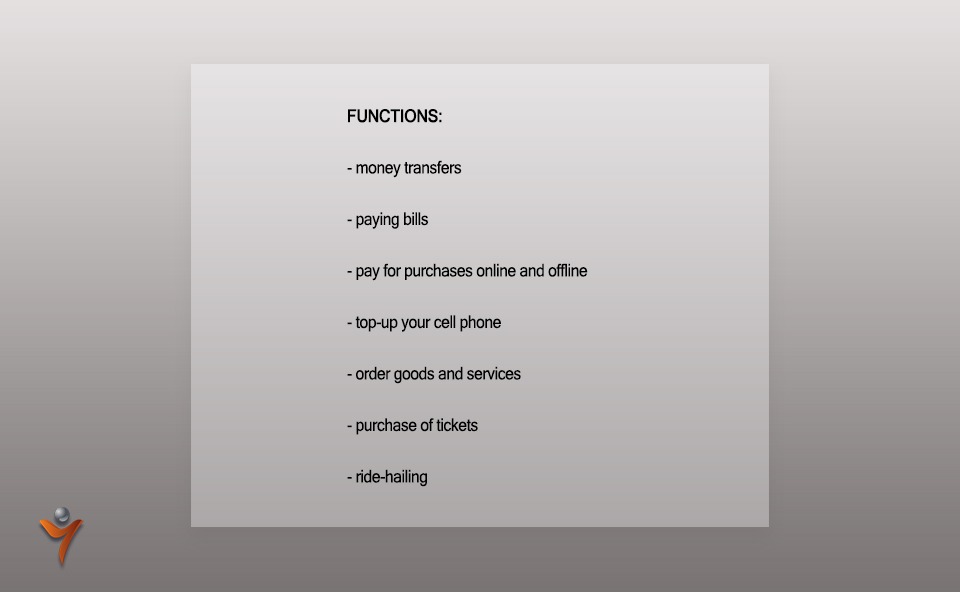 This service also is aimed at the international market. Chinese tourists can already use WeChat Pay in 25 countries in 13 currencies. Furthermore, the company gradually makes this wallet available for foreign customers. Since January 2018 the service supports JCB, Visa, and Mastercard. The latter is available only in Hong Kong, Taiwan, and Macau. 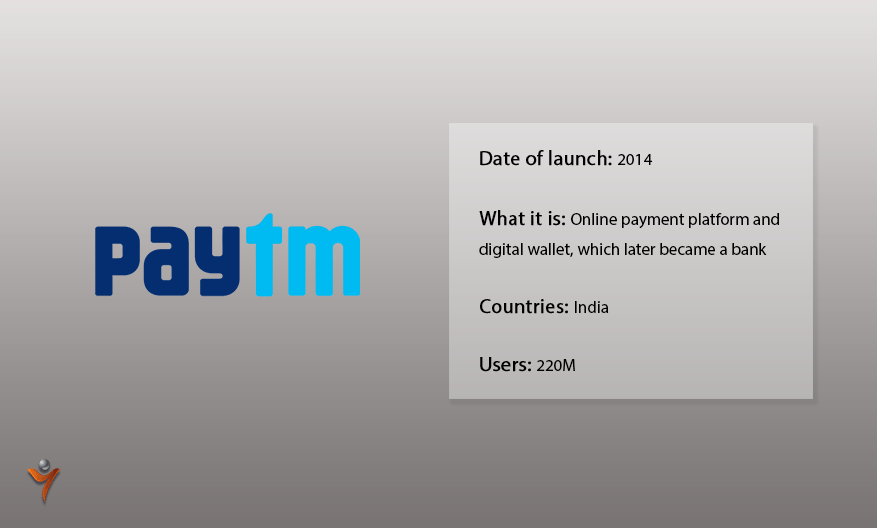 Paytm was launched in 2010 and initially was a prepaid mobile recharge platform. Paytm wallet was implemented in 2014, and now no less than 7M merchants in India accept Paytm payments.

A user has to download the wallet and sign in, inputting a mobile number and reaffirm their intention to open a wallet through e-mail verification. You can top-up this wallet using your bank account or cash. 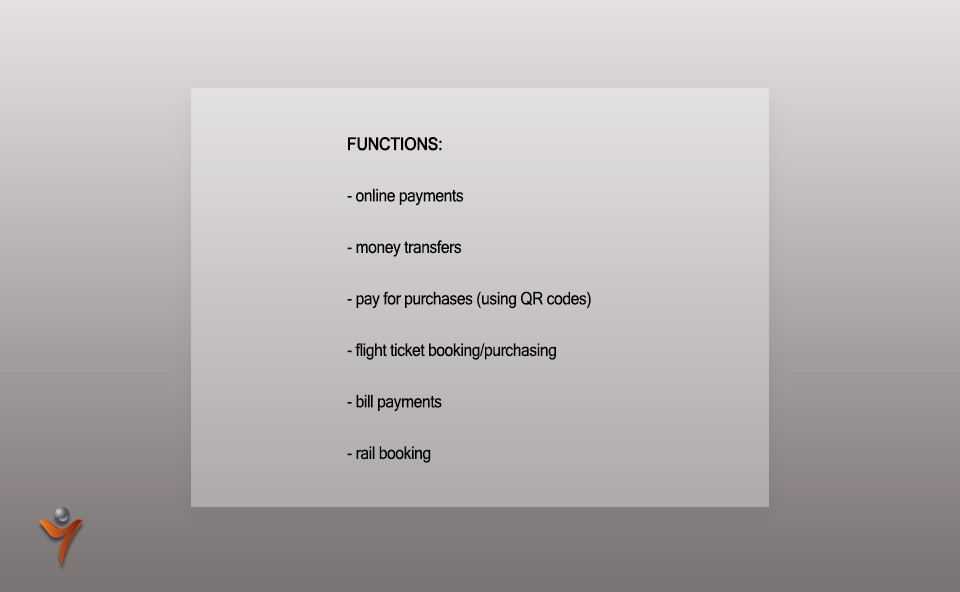 In 2017 the company became a bank, and all the wallet owners became the clients of  Paytm Payments Bank Limited. Nothing has changed for the users – they still can pay online and offline using their wallets. However, now users can open a bank account and receive interest.

Paytm team intends further banking services development. The rumors are that the company plans to invest $740M in its core business. 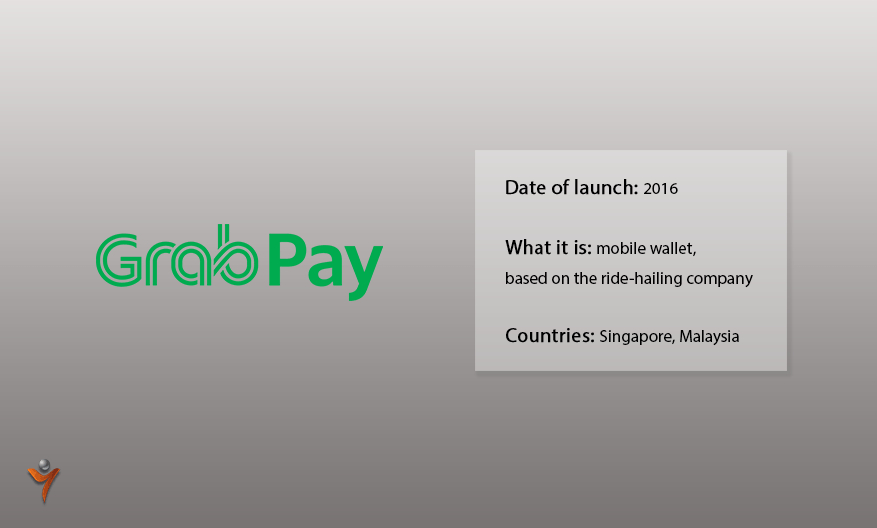 Grab Pay was invented in 2012. Two Malaysian Harvard alumni decided to create something like Uber for local people and called this Grab. In 2016 they created a mobile wallet, based on the cab service. Initially, this wallet was developed for better user experiences. But after a while, the service became trendy and different stores began to accept GrabPay.

Regardless, developers have a much more ambitious goal – they want to run their service across all the region. Most people in Southeast Asia still don’t use bank accounts, paying for goods and services in cash. Only 27% of people have a bank account and only 9% use bank cards.

A lot of major brands, like Singapore Airlines, Cathay Cineplex, Spotify, Deliveroo, McDonald’s, and Starbucks have supported this service.

A wallet is part of a cab service app. A user can link a bank card to it like one can do in Uber, or top-up using the cash right in a taxi. The cab driver receives cash and sends it straight to the client’s account. 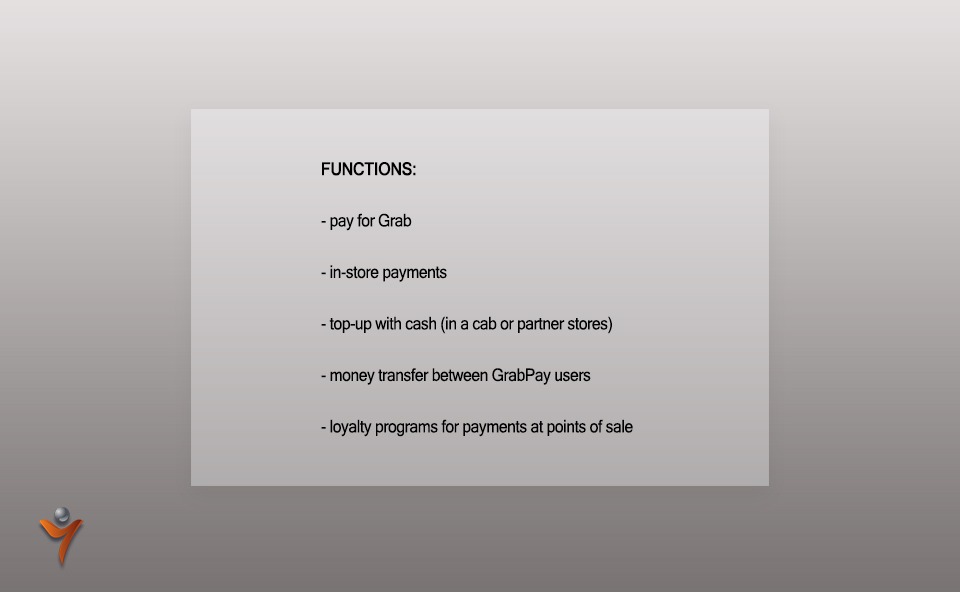