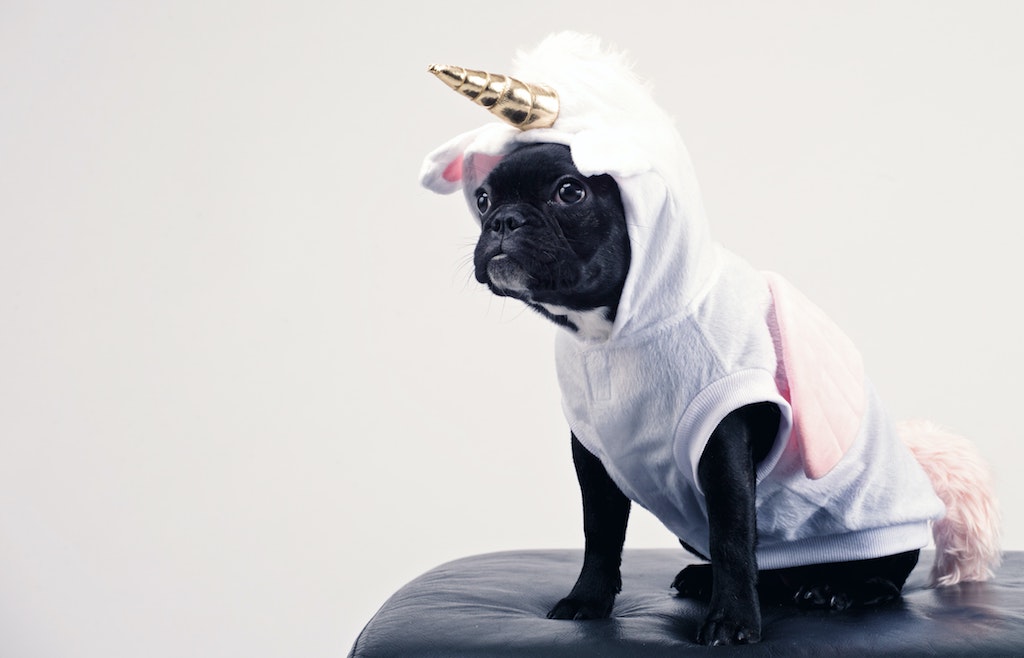 The finance industry is represented by numerous specialized terms and concepts that are updated every few years. The financial market is constantly evolving – just like its lexicon. 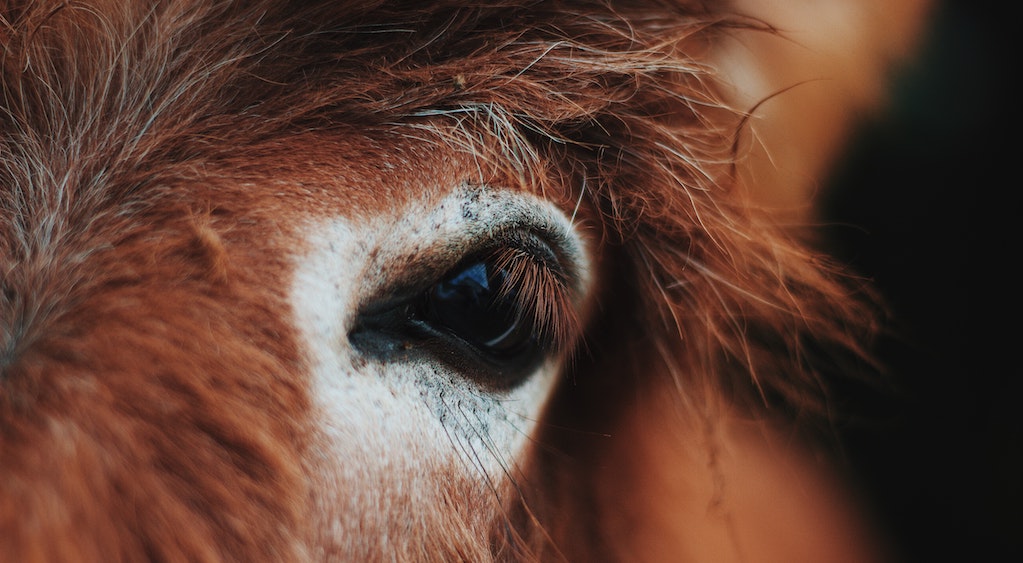 Last year, fraudsters took advantage of the uncertainty and fear surrounding the coronavirus pandemic to steal people’s money, access to their personal and financial information, and use them as a money mule. So who are these money mules? Those are people who are used for money laundering by criminals. In order to move and hide the illicit funds, scammers use other people, called money mules, to do this illegal job.

According to the FBI, money mules are often targeted through online job schemes or dating websites and apps. Allowing criminals to use their bank accounts or conduct financial transactions on behalf of others, money mules not only jeopardize their financial security and compromise their personal information, but also commit a crime.

Europol informs that the most targeted individuals are: newcomers to the country and unemployed people, students and those in economic hardship. Criminals usually try to recruit people under 35 years old. Recently, they have begun involving younger generations (from 12 to 21 years old) into this criminal activity.

To avoid such laundering schemes, Europol advises the following:

In case you believe that you are participating in a money mule scheme, you should stop communication with the suspected criminal as well as transferring money immediately, collect all information (emails, chats, text messages, etc) to prove that you have been recruited by scammers, inform your bank that your bank account has been jeopardized, and notify local law enforcement. 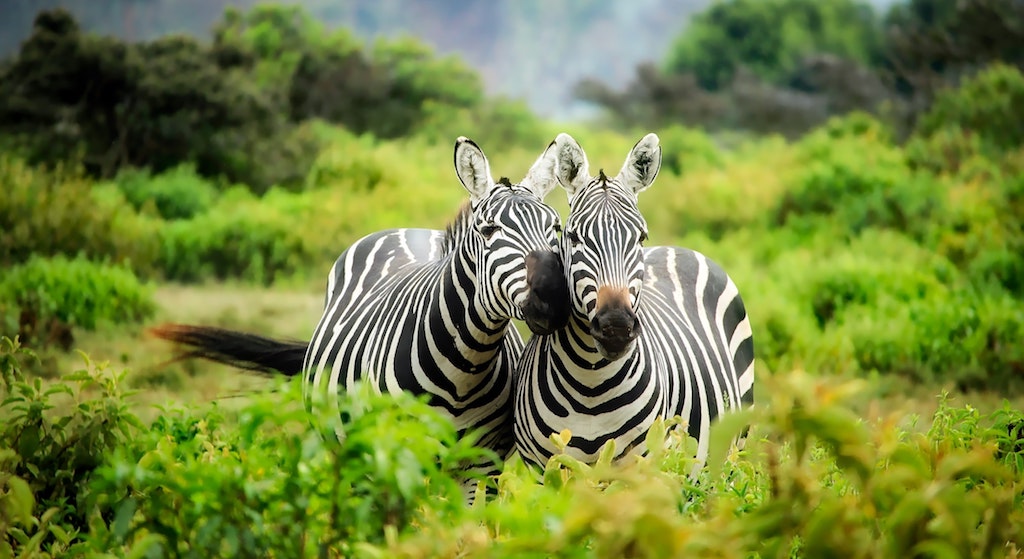 What’s the difference between zebra and unicorn startups? Source: pexels.com

Unicorn is a startup that has reached a valuation of $1 billion. This term was popularized by Eileen Lee, the founder of Cowboy Ventures. Back in 2013, she wrote an article “Welcome to the unicorn club: learning from billion-dollar startups”, in which she used the name of a mythical creature for illustrating that 8 years ago only 0,07% of young companies were able to raise external financing.

But times have changed, and now there are 527 unicorns all around the world with a total cumulative valuation of $1,694 billion. Currently, the most valuable startup is Chinese Bytedance ($140 billion) who owns TikTok.

As unicorn startups have been used by the media for a while, you still might get confused by seeing new-formed financial terms: cockroach, rhino, camels, and zebra companies.

So what differs rhino startups from unicorns? Some experts criticize unicorns for their high focus on getting financing from venture capitalists and angel investors. Thus, they invest more money into marketing than into their product which could lead to the unicorn bubble and money lost by investors. Unlike the one-horn mythical creature, rhino’s goal is to be both big and profitable which is not possible without developed and working products.

Zebra startups are focused on building sustainable profits at a reasonable speed. While doing real business, they’re also trying to improve society. A good example is the US startup Handshake which helps students and new grads to find jobs.

Alexandre Lazarow, author of “Out-Innovate: How Global Entrepreneurs from Delhi to Detroit”, describes another beast, the camel. It’s a company which can survive business downturns, changing economic conditions and remain resilient. These are companies who are able to activate all their resources to “survive in a drought” or in a coronavirus crisis.

Cockroaches are companies who are determined to get profitable. Experts describe them as small businesses with tight cost control in order to grow gradually and progressively. Due to lack of funding, founders of cockroach firms usually do everything by themselves.

Whales in business and crypto community 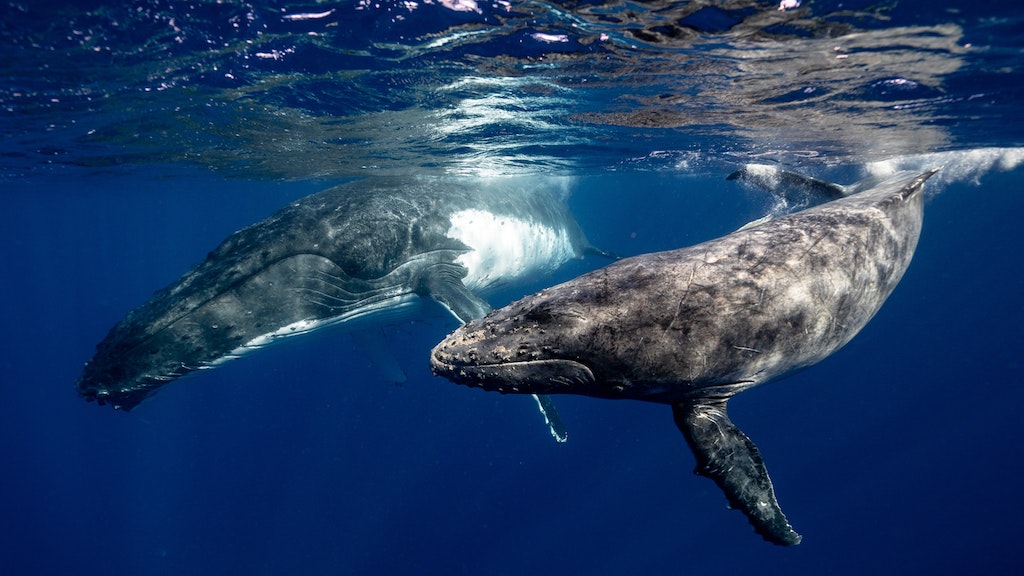 There are two types of whales in the business world. The first ones refer to a small group of clients who bring a company most of its revenue. Whales often work the same way as the Pareto Principle (80/20 rule), meaning that a company can make roughly 80% of its sales from just 20% of its clients. One big ‘whale’, ready to pay more for better services or exclusive products, brings more money than dozens of regular customers.

In the crypto world, whales are individuals or companies who control the biggest amount of Bitcoin in the world. Thus, they can directly influence the price of a cryptocurrency or stock, usually in a negative way. In 2020, bitcoin rapidly grew through the whole year, hitting one record after another thanks to institutional investors. One of them is Anthony Scaramucci, who invested $25,000 in December, along with MassMutual ($100 million), and Guggenheim (up to 10% of its $5 billion macro fund).

Hamster is a trader, simply obsessed with the idea of ​​making quick and big money. They are not very interested in the theory of cryptocurrencies or blockchain, what causes the bitcoin rate, and so on.

The hamster trader sees in cryptocurrencies only an opportunity to invest little and earn a lot in a very short period of time. Fearing to miss the explosive growth of cryptos, they closely monitor the market, investing at the slightest hint of asset growth. As a result, hamster traders become the main target for market manipulation by whales, and hamster funds become profit for the more prudent traders. 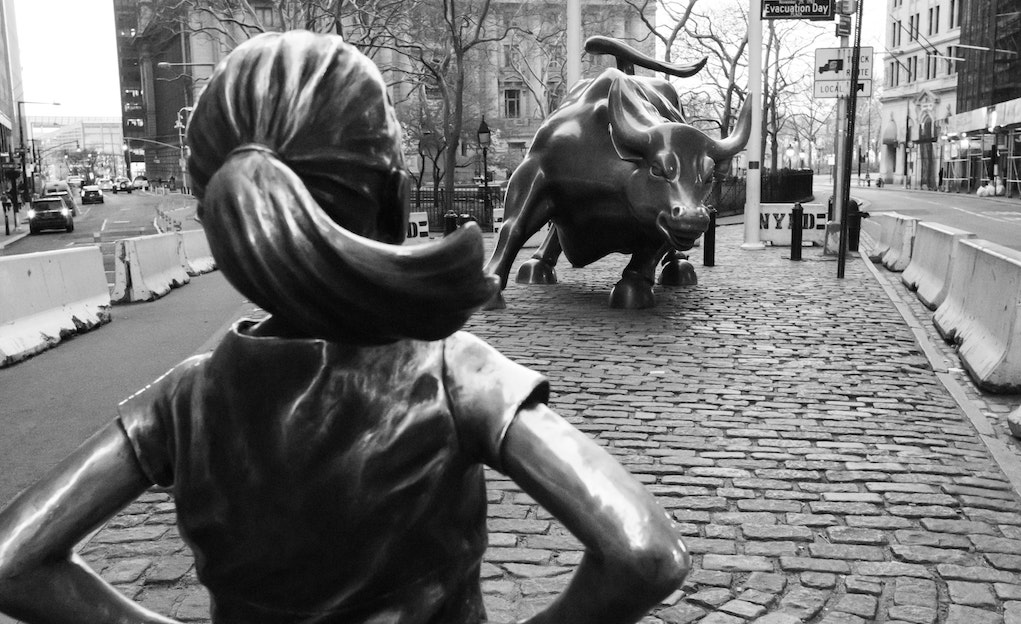 What are bull and bear markets? Source: unsplash.com

A bull market is the condition of the financial market in which prices are going to rise or are expected to do so. The term is most commonly used to refer to the stock market but can be applied to anything that is traded, such as bonds, real estate, currencies, and commodities. Because stock prices rise and fall continuously during trading, bull markets are commonly referred to as extended periods during which most of the stock price rises. Thus, they usually last for months or even years.

The longest-running bull market in history lasted 11 years, starting in March 2009 and ending in 2020 due to the coronavirus pandemic.

Opposite to the bull market, the bear market is an extended period of decline in stock prices. Typically, this concept describes a state in which the value of shares is falling by more than 20% from recent highs amid negative “bearish” investor sentiment. Bear is often called a decline in the market as a whole or in a specific index (for example, S&P 500), but individual shares or commodities can also fall under this notion if declines more than 20% occur for two or more months, states Investopedia. Bear markets can be accompanied by general economic downturns, such as a recession.

Bear markets can be cyclical and long-term. In the first case, they last from several weeks to a couple of months, in the second case from several years to decades.

In 2020, due to the coronavirus pandemic, investors again faced bearish sentiment due to the collapse of the stock market. Last March marks one of the biggest stock market crashes in history. As measured by Dow Jones Industrial Average, the market fell 26% in just four days. The crash was caused by the COVID-19 pandemic and the US government’s dramatic response to it. As a result, the US GDP decreased 4,8% in the first quarter of 2020 and the unemployment rate spiked to above 20%.

Just in 40 trading days the market faced a total decline of 34% and clocked up a 30% loss, states Duncan Lamont, the head of research and analytics at the British multinational asset management company Schroders.

Astonishingly, in the eight months since, it has rebounded by 62%. The losses from this record-breaking crash were fully recovered by 23 August, only five months after the market bottomed and while the global economy was still deep in a quagmire
Duncan Lamont 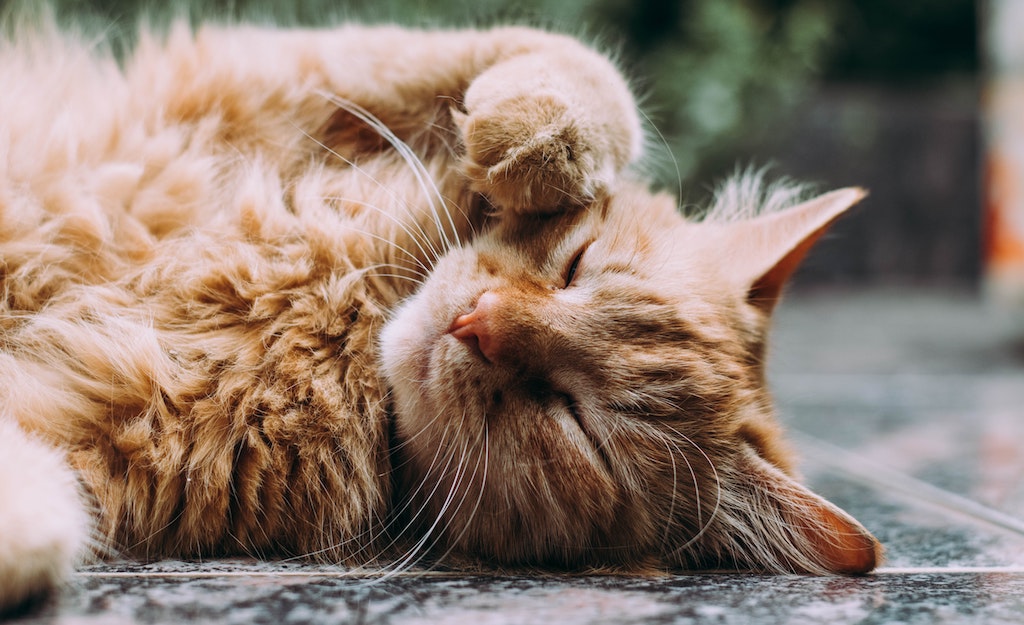 Why you should beware the bounce of the dead cat. Source: unsplash.com

Jump or bounce of a dead cat is a term in stock trading that means temporary recovery in asset value after a long decline. A short rise in prices is then followed by a new fall. This term is based on the idea that even a dead cat can bounce a little bit if it has been thrown from a great height. Despite this leap, it’s still a dead cat.

According to the World Wide Words, this phrase was first printed in Financial Times’s 1985’s issue. Later, it became especially popular during the financial downturn after 2000 and then the global crisis in 2008, becoming a popular headline in the financial pages in the next year.

Cash cow is a product or service that makes a lot of money over a long period of time for the company that sells it, often money that is used to support the company’s other activities. The popular example of a cash cow is Apple’s iPhone. Usually smartphones sales contribute to half or more than half of Apple’s overall sales revenue. But because of last year’s crisis, iPhone sales made up for 44,3% of Apple’s total revenue in the third quarter of 2020, this is the lowest result in years. 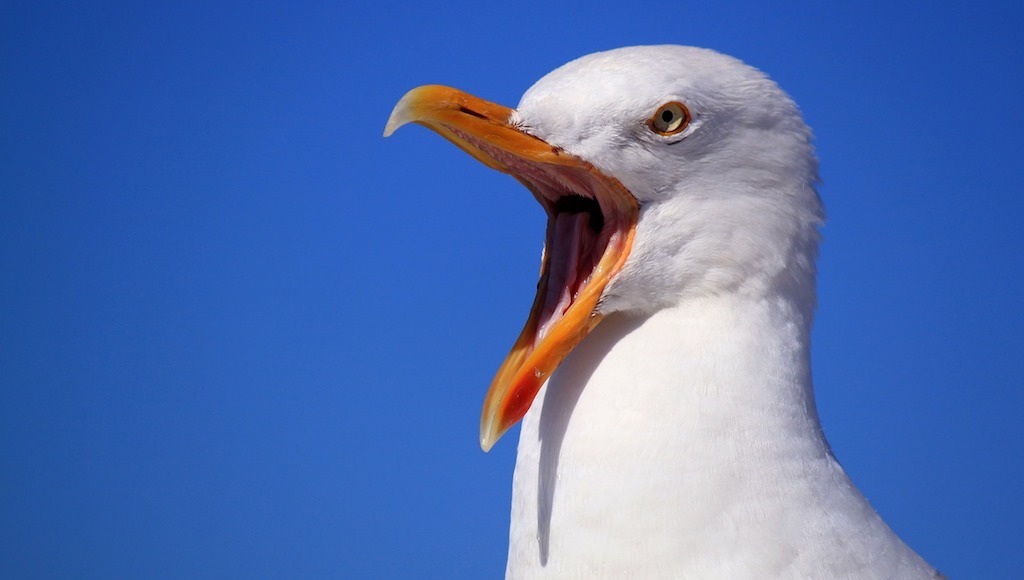 A seagull manager comes over, yells, and then ‘flies’ away. Source: pixabay.com

The concept of seagull management is not exclusive to the financial industry as it applies to any business or work field. This is an ineffective management style which is compared to the behavior of a roaring bird. The joking term is credited to the American writer and business consultant Ken Blanchard, who first mentioned it in his classic book “Leadership and the one minute manager”.

The seagull manager does not offer ready-made solutions, does not motivate or celebrate the achievements of the team. Such leaders only appear when a problem arises in the company: the goal is to find the culprit and yell at him. One of the other signs is that a seagull manager is usually a newcomer to their leadership position.

According to the Types of Managements website, seagull managers exist because of poor training and preparation for management.