Home > Fintech > Is it the end of the line for cash?

Is it the end of the line for cash?

Ever since humans introduced trading as a concept, there has been a need for some kind of currency. Before the first coins were struck in Mesopotamia around 5000 years ago, this took the form of random objects including shells, plants and even livestock.

But now, as we head through the 21st century, it could be that we are starting to see the beginning of the end for cash.

For some, this has been a long time coming and we can definitely include the banks in this respect. As well as the costs involved with handling and processing large amounts of cash, it has always presented the sort of security risk they could well do without.

Is it the end of the line for cash? Source: shutterstock.com

It could be argued that cash’s days have been numbered from as long ago as 1966. This was when The Bank of Delaware, as per Marketplace, was the very first financial institution to introduce the debit card as an alternative to paying by cash or check. Others were quick to follow, having seen how this proved to be very convenient for both themselves and their customers. Of course, back in those days, the processing of debit card payments was a far more cumbersome operation than it is now, still needing a signature on a slip to confirm the transaction.

Fast forward to today and, now, all it takes is a swipe of the card, or even a smartphone with one of the payment apps installed,  across a reader to complete a purchase from a few cents up to a set limit of dollars. So it’s easy to see just how frictionless payments have become.

The arrival of the e-wallet 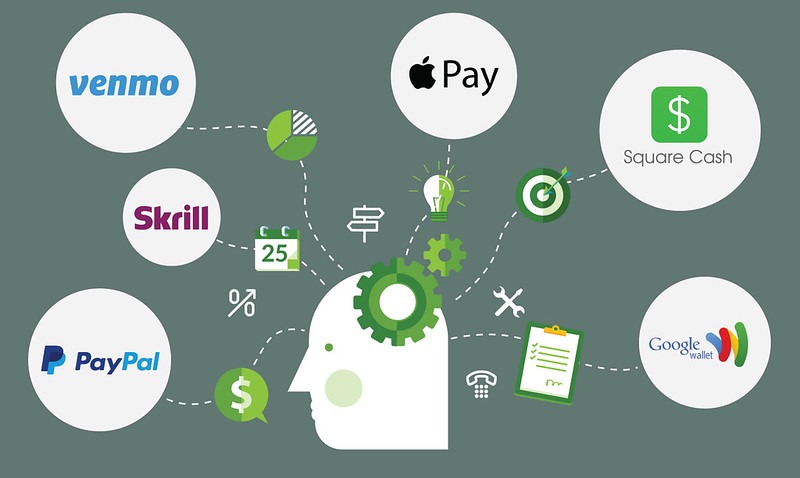 The fact that such a high number of purchases are made online also means that the role of cash has been on an ever-decreasing level. This has even led to a whole new kind of payment intermediary, the e-wallet. Operators such as PayPal and Neteller have quickly grown up to be many people’s payment methods of choice.

They have also been wholeheartedly accepted by sectors that owe their existence to the internet such as the online casino industry and e-commerce. That is why when you look at a site like Mr Green, for example, you will find a range of e-wallet payment options including the aforementioned Neteller, as well as Skrill and Paysafecard. Players and shoppers particularly value the speed and safety of these payment methods, especially when combined with the extra-safe encryption security these options provide.

Another consideration when it comes to the slow and steady demise of cash is the possible future of cryptocurrencies. If Bitcoin et al really do attain the status of being currencies in their own right, then the writing really could be on the wall for notes and coins – and we could finally find ourselves in a truly digital world.

It certainly does seem like the time for a major shift in our attitude to cash to take place, although there will always be a need for it on some level. But the days of keeping a box full of notes under the bed seem to be well and truly over – and for many, that’s not come a moment too soon.