Klarna and Stripe teamed up to fuel growth for retailers worldwide

From now on, all eligible Stripe users can start accepting Klarna 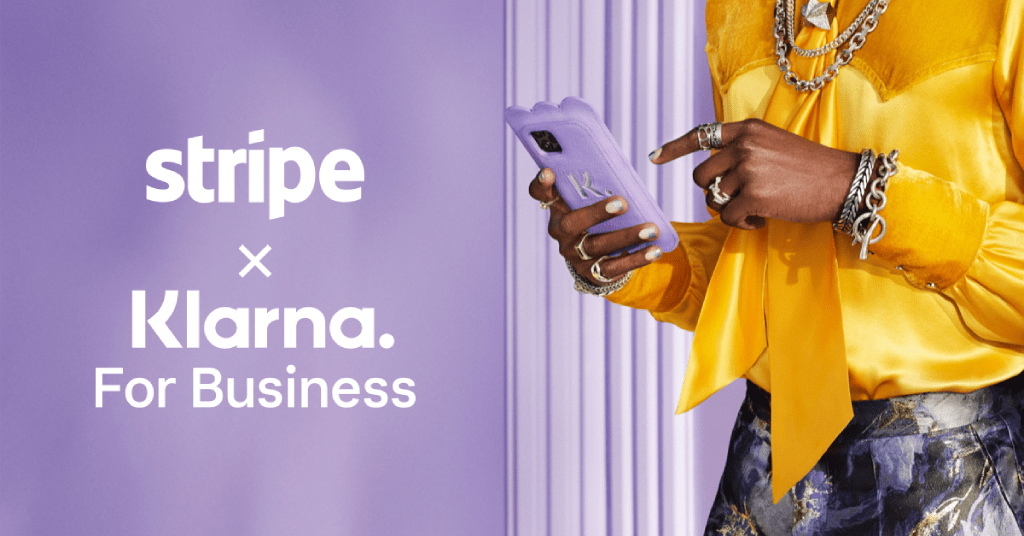 Klarna and Stripe teamed up to fuel growth for retailers worldwide. Source: Klarna

Klarna has announced a strategic partnership with Stripe, a global technology company building economic infrastructure for the internet.

That means retailers using Stripe can now activate Klarna as the preferred payment method in their checkout within minutes.

Over the past years, Klarna and Stripe redefined the e-commerce experience for millions of consumers and global retailers. Together with Stripe, we will be a true growth partner for our retailers of all sizes, allowing them to maximize their entrepreneurial success through our joint services. By offering convenience, flexibility, and control to even more shoppers, we create a win-win situation for both retailers and consumers alike
Koen Köppen, Chief Technology Officer at Klarna

The first results of retailers using Stripe show that the integration of Klarna’s payment method led to an average 27% increase in sales.

On average, retailers using Klarna see a 41% upsurge in average order volume and a 36% increase in purchase frequency – which subsequently led to an increase in revenue.

In addition, some retailers experienced that 40% of Klarna shoppers are new to their brand, demonstrating that Klarna’s rapidly growing consumer app with more than 18m monthly users has become a true lead generator.

Along with enabling retailers already using Stripe to activate Klarna in their checkout, both companies have also announced plans to strengthen the partnership even further.

Stripe is now Klarna’s preferred payments partner for consumer purchases pre-funded by Klarna in the US and Canada. Tests with Stripe’s services have resulted in significantly improved performance rates.

For that reason, Klarna has shifted more payment processing volume to Stripe than initially planned, and partners with Stripe for about 90% of its payments volume in the US and Canada.

The two companies are planning to deepen and expand their partnership to more countries and products in the future.