Home > Fintech > How to pay in India: facts on country’s payments market

How to pay in India: facts on country’s payments market 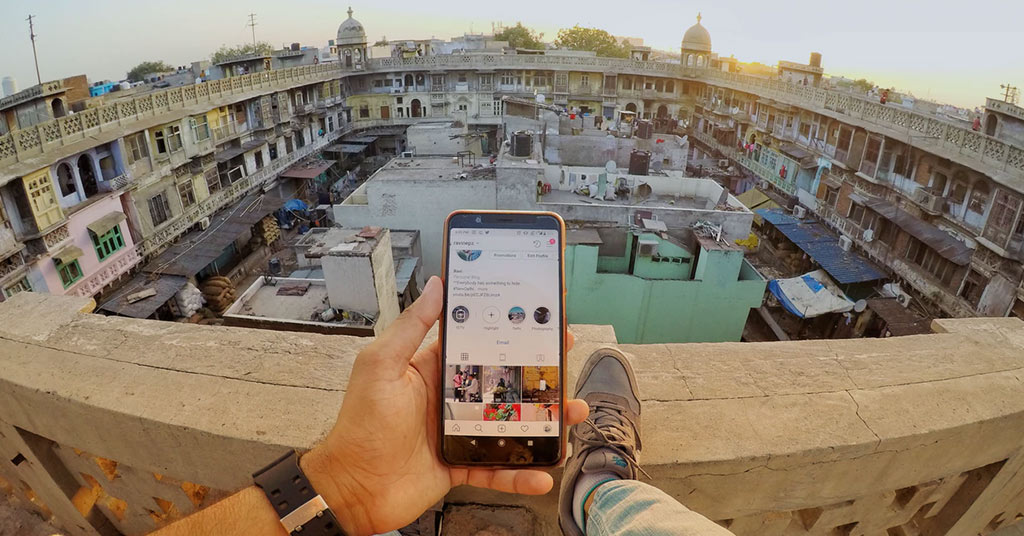 How to pay in India: facts on country’s payments market. Source: unsplash.com

As the world’s second-most populous country with a large educated English-speaking population, India shows enormous business potential. That’s why PaySpace Magazine has decided to deep-dive into its payment market to find out how to pay in India and how do Indians pay.

According to Statista, India is the second-largest online market, ranked only behind China (and surpassing the USA). In 2019, the internet penetration rate total 42% (566 million people have an internet connection, while the population is about 1,3 billion).

Moreover, 97% of Indian internet users use a mobile phone as one of the devices to access the internet. Although research shows only 29% of Indians currently use smartphones, this number is expected to grow in the coming years, as digital adoption is now being propelled by rural India.

Indians are increasingly getting used to using their mobile phones for shopping. The share of customers who practice mobile shopping reaches 49%, which is the second-highest figure in the world.

As we already know, online shopping is a quite popular internet activity in India. The country’s biggest e-commerce platform is called Flipkart. It had a revenue estimated at $2.9 billion as of the end of 2017. Check out our article explaining how it works and how to start using it.

There is also an incredibly popular mobile e-commerce platform Paytm (stands for Pay through mobile). It enables instant and fee-free money transfers through the Paytm Wallet. Indians also use it to make cashless transactions at regular stores, cafes, restaurants, gas stations, and taxis, as well as to pay bills. Take a look at our article about this unique omnichannel payments platform.

In general, retail e-commerce sales in India amounted to about $16 billion in 2016, and it is expected that this number will more than double to $45 billion in 2021. However, it is forecasted that in the nearest future the share of the total Indian population who shop online will not exceed 30%. 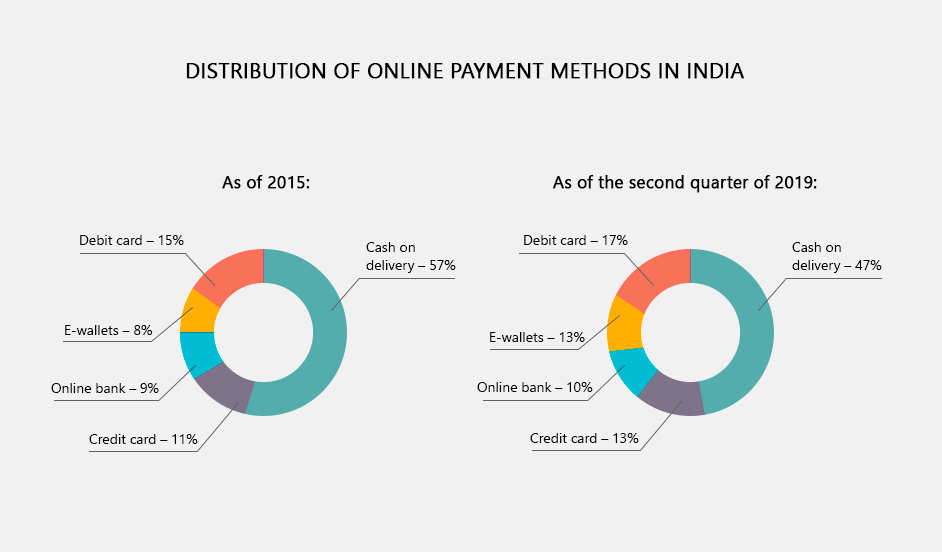 Click here to see the source of data. Graphics: payspacemagazine.com

Visa is the most popular payment system in India. According to statistics, 68% banking cards in India has “Visa” sign on them.

The World Bank report says that mobile phones can reach people as well as they can reach bank accounts, and this trend seems to gain ground. For example, no less than 66% of unbanked people worldwide use mobile phones. For India, this number totals 50%.

According to the latest Global Findex Survey released by the World Bank in April 2018, around 80% of Indian citizens have a bank account. Nevertheless, a lot of factors (such as narrowing of gender, wealth and education gaps, illiteracy, etc) hold people from trusting the banking system, and most of the account holders do not use facilities available to them. People still have some doubts about banks and deposits. Thus, bank account holders still stash cash outside the banks.

How to pay in India

The Indian Rupee is the official currency of India, and it is made up of 100 paise (singular paisa).

The Rupee has an extensive history, and it traces back to 6th century BCE. India (Ancient India, to be accurate) is one of the oldest civilizations, thus, they were one of the first coins issuers, alongside with the Chinese wen and Lydian staters.

It is written with the help of the new rupee symbol ‘₹’. The currency exchange symbol for the rupee is INR.

Tips for a tourist on how to pay in India: