Home > Gambling > How much does Las Vegas casino make a day?

How much does Las Vegas casino make a day?

What is the typical daily profit of a Las Vegas casino anyway? 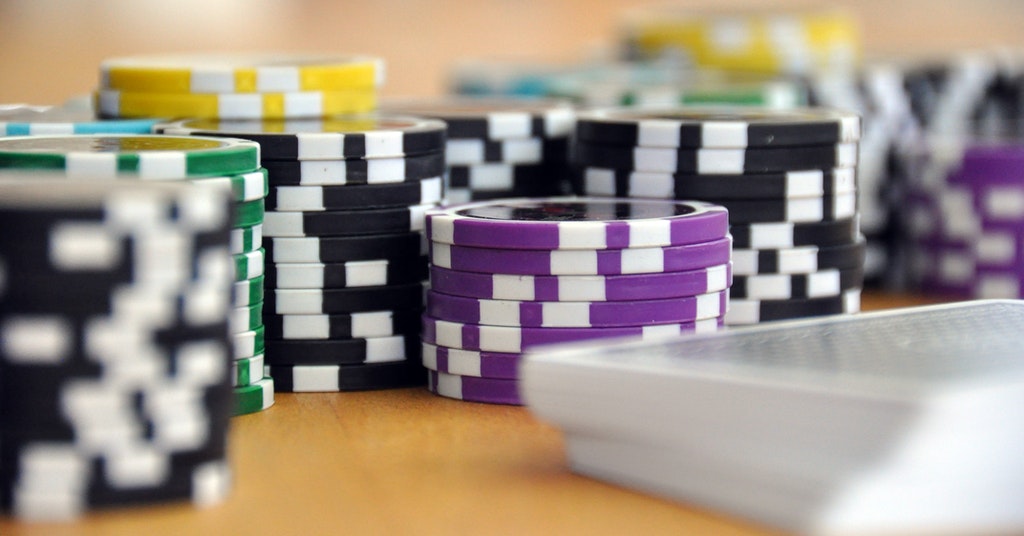 How much does Las Vegas casino make a day? Source: pexels.com

Last year was a disaster for the best gambling businesses in the US – Las Vegas casinos. Gradual reopening with limited capacity wasn’t too helpful either. However, on June 1, the Governor of Nevada finally allowed the removal of capacity limits and social distancing requirements. Therefore, Las Vegas casinos can operate in their usual mode. Will this bring back their usual profits as well?

Well, we can’t talk about how much profit casinos in Las Vegas will make. But, the real challenge will not come from the players playing in casinos, it’s the online casino website that offers the same thrill and adrenaline rush from the comfort of your home.

If you want to enjoy the best casino games at the comfort of your home, visit https://twitgoo.com/top-online-casino-sites/.

What makes up casino earnings?

As you may already know, casinos always win, no matter how much their customers win back. Due to thoroughly calculated game algorithms, casinos in US have a long-term statistical advantage. Every popular game has a mathematically proven percentage of establishment gains known as a “house edge”.

Before the pandemic started, the revenue of major corporations behind the greatest Las Vegas casinos ranged between $4-13 billion annually. At the same time, the revenue of some smaller casino owners were comparably smaller – a few hundred million USD per year.

Hence, if we discuss the casino earnings, we must realise that they vary greatly depending on the casino size and location, seasons, holiday time, and days of the week.

Finally, the pandemic made its corrections to profit inflow. The leading providers missed billions of dollars in operating losses and faced 100% revenue decline in 2020. Overall, Nevada’s gaming industry revenue dropped to $18.3 billion in the 2020 fiscal year, down 25.2% from the previous year. The casinos that accept Visa on the Las Vegas Strip were more affected than casinos in any other part of the state due to their utter dependence on tourism.

As for the general trends, a few important indicators are to be mentioned:

Both in March and April 2021, the state of Nevada collected more than $1 billion in gambling revenue from casinos. The revenue has risen by 11% compared to April 2019 which means healthy growth despite the pandemic crisis. Mass vaccination, generous stimulus checks, and alleviation of many public restrictions has made Americans more comfortable travelling and spending money. At the same time, the number of people visiting Las Vegas is down 27% compared with April 2019, so there’s much room for growth.

Despite the general positive trends in 2021, a few critical factors that drive casino revenues up are still missing.

At this point, we’re solidly on the way to recovery. And I say that not only for Las Vegas but also for the regional market. I think the critical next step is the return of meetings and conventions. The third step is going to be the international visitors
Brendan Bussmann, director of government affairs for Las Vegas-based Global Market Advisors

Caesars Entertainment, Inc that’s behind a few famous hotels and casinos in the city reported net revenues of $1.7 billion for the first quarter ended March 31, 2021. That figure shows an increase of 259.2% on a GAAP basis and a decrease of 16.0% on a same-store basis versus the comparable prior-year period. However, in their Las Vegas segment, same store revenues faced a steeper decline – 39.5% during the first quarter and adjusted EBITDA declined 26.7%.

MGM Resorts International had its best quarterly operating results in Q1 2021 in Las Vegas since reopening. Consolidated net revenues made up $1.6 billion, a decrease of 27% compared to the prior year quarter. Las Vegas Strip resorts brought net revenues of $545 million, a decrease of 52% compared to the prior year quarter due to the pandemic and related operational restrictions as well as midweek property and hotel closures at certain properties. Casino revenue for the first quarter of 2021 decreased only 16% compared to the prior year quarter though. The table games win equaled $127 million compared to $196 million in Q1 2020. The slots’ win was $212 million, only 8% less than in the same quarter last year. That could be explained by social distancing measures that limit the number of table games participants. The total daily profits from table games and slots in Las Vegas MGM-owned casinos were $3.7 million.

Las Vegas Sands, which owns the Venetian and the Palazzo on the Las Vegas Strip, announced net revenue of $1.20 billion, a decrease of 15.6% from the prior year quarter. Operating loss was $96 million, compared to operating income of $6 million in the prior year quarter. Net loss from continuing operations in the first quarter of 2021 was $280 million, compared to $92 million in the first quarter of 2020. Casino revenues were $865 million compared to $1B a year ago. Further $96 million was received from renting rooms and $56 million for serving food and beverages. All the figures decreased compared to Q1 2020.

As for operating Las Vegas properties, daily table games wins per unit constituted $1.9B, whereas every unit had its slot machines bring $380 million per day. The respective numbers in last year’s Q1 were $5.5B and $321 million. The slight increase in slot machine-related profits couldn’t save the casinos facing huge losses because of table games restrictions. The company’s Las Vegas operations are among those unable to withstand the pandemic restrictions. Thus, in March 2021, LVS entered into definitive agreements to sell its Las Vegas real-estate property and operations for an aggregate purchase price of approximately $6.25 billion and anticipates the transaction to close in the fourth quarter of 2021.