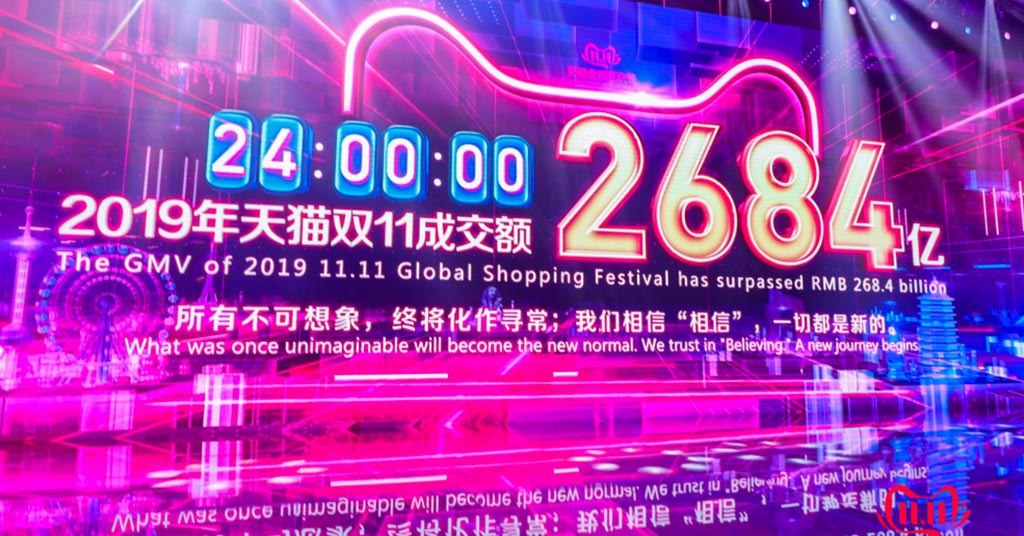 The e-commerce and media giant Alibaba Group has been carrying out the 11.11 world’s largest shopping festival for 11 years. In comparison to the year 2018, when the total income estimated by $30.8 billion, the 2019 global sale’s profit reached up to $38.4 billion.

Today we showed the world what the future of consumption looks like for brands and consumers. We are meeting the growing demand of Chinese consumers and helping them upgrade their lifestyles, while introducing new users to our digital economy from across China and around the world
Fan Jiang, president of Taobao and Tmall

Along with that, the total number of delivery orders also reached a new high: 1.2 billion comparing to last year’s 1 billion. The top 10 countries selling to China through Alibaba’s cross-border platforms were Japan, the US, Korea, Australia, Germany, France, the UK, New Zealand, Italy, and Canada.

Lower-tier areas are the most important business strategy for us this year and a strategic direction for the company, because China’s less-developed markets have a lot of potential for growth when you consider their population, geography and shopping habits
Liu Bo, general manager of Taobao and Tmall Marketing

Ten global brands, including Olay and Shiseido, have managed to  incubate more than 50% of their new products with Tmall this year. In addition to that, cosmetics brand MAC sold 60,000 units of a limited-edition, just-for-11.11 lipstick in five minutes of pre-sales.

As to the delivery process, Alibaba admitted to making it as much sustainable as possible. Cainiao Smart Logistics Network had delivered 100 million packages before 8 a.m. on Monday, just eight hours into 11.11.

Green is the most important keyword for this 11.11. We’ve shipped 1.292 billion packages, but through this we want even more to promote the concept of green consumption
Fan Jiang, president of Taobao and Tmall