An in-depth look at the Russian e-commerce market 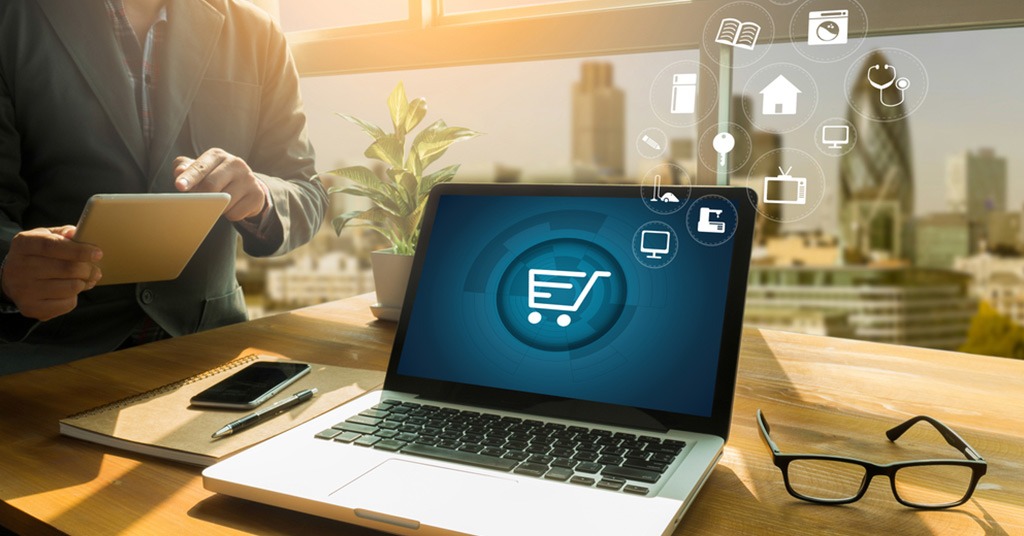 An in-depth look at the Russian e-commerce market. Source: shutterstock.com

The online sales of physical goods in Russia is expected to reach about 19.74 billion euros at the end of this year. In 2023, e-commerce in Russia is forecast to be worth almost 45 billion euros, Ecommerce News reports.

E-commerce in Russia is entering an accelerated development cycle. Multiple big online retailers see their revenues grow annually between 50% and 150%. That’s the situation outlined by EDWN, which wrote a report on market trends, major player and investment deals in Russian e-commerce.

In 2018, e-commerce in Russia was worth 1.15 trillion rubles (16.35 billion euros), which is an increase from 19% compared to the situation in 2017. These statistics, originally from Data Insight, don’t include cross-border sales nor the sales of services or digital goods. Physical e-commerce in Russia, excluding cross-border sales, accounted for about 5% of total retail sales. 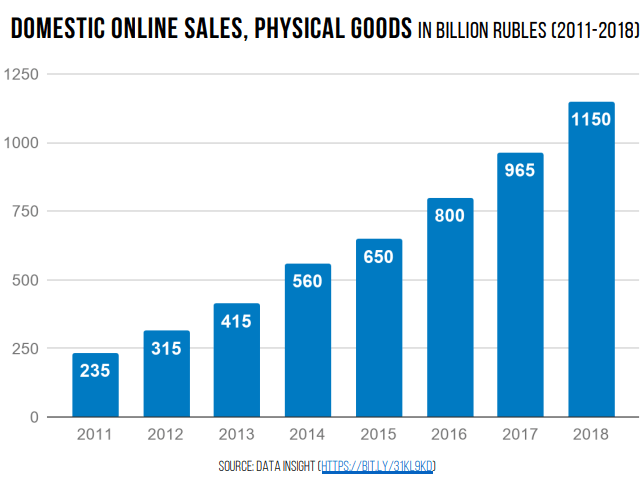 Although there are many big online retailers in Russia, there’s no predominant player. Wildberries is the biggest online retailer in Russia, while Citilink, Ozon and Lamoda are also major players and soon, giant e-commerce joint ventures such as the one formed by Alibaba, Mail.ru and Megafon, or the Yandex Market group of companies (Yandex.Market, Bery, Bringly) could change the game.

When paying for the goods Russian consumers buy online, e-wallets are a very popular method. As a matter of fact, 71% of urban Russians aged 18 to 55 use electronic wallets for online purchases, a Mediascope survey in 2018 showed. In Russia, there are several popular e-wallets. The most popular one is Yandex.Money, followed by WebMoney, QIWI and PayPal. 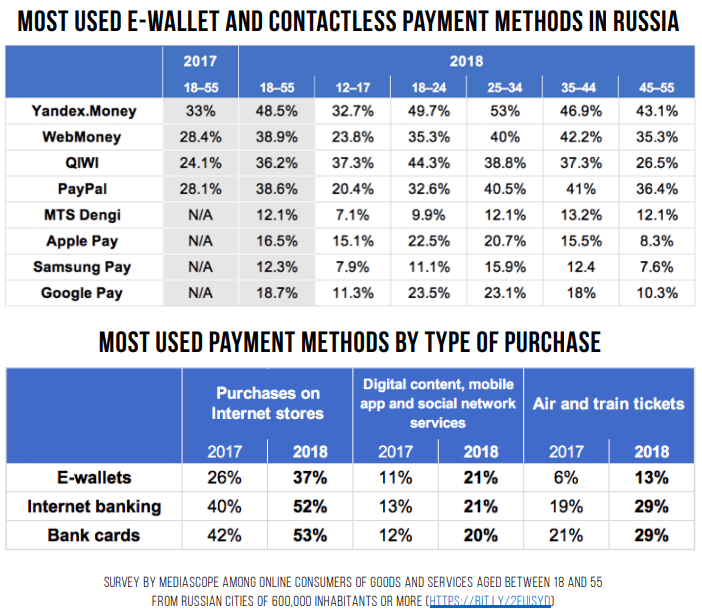