Ecommerce News found that the share of people across the EU who shopped online has raised to 60%. For comparison, 2018 showed that 56% of the EU respondents aged 16 to 74 shopped online. In 2019, this share was increased to 60%.

As to the share of online shoppers per country, it shows that high shares can be found in particular in Scandinavian countries. This way, the highest shares were found in Denmark (84%), Sweden (82%), and the Netherlands (81%). They are followed by Germany and Finland with 79% and 73%, respectively. 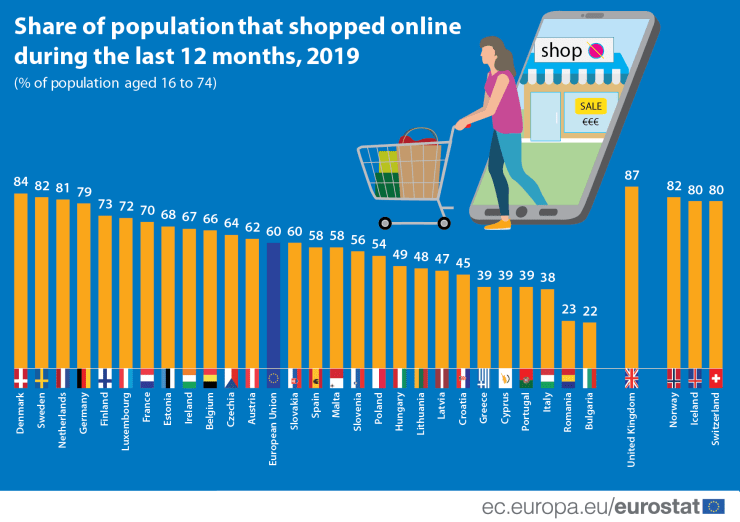 The report also highlighted that the share of online shoppers has increased the most in Estonia. In 2009, only 17% of Estonian shoppers bought products and services through the internet, while this share was increased to 68% in 2019.

We’ve reported that German retailer Aldi has launched its first online grocery service in the UK. This way, German discounter offers a special box of essential products to help consumers who are in isolation during the pandemic.