E-commerce in Europe: forecast for 2019

In Europe, internet penetration is at 82.5%

E-commerce in Europe is forecasted to be worth 621 billion euros by the end of 2019, Ecommerce News reports. This would mean an increase of 13.6% compared to the situation last year when e-commerce was worth 547 billion euros.

The prediction comes from the latest Ecommerce Foundation report on e-commerce in Europe. This study also found that Scandinavian countries keep ranking high in important e-commerce indices. For example, Denmark is the highest-ranked country in Europe when it comes to the ease of doing business, while Sweden, Denmark and Finland can all be found in the top 10 of the global Logistics Performance Index.

The share of consumers using the internet who shopped online in the last year varies per country. In Switzerland, the United Kingdom and Denmark it’s over 85%, while in countries such as Romania and Ukraine, less than 26% shopped online last year. 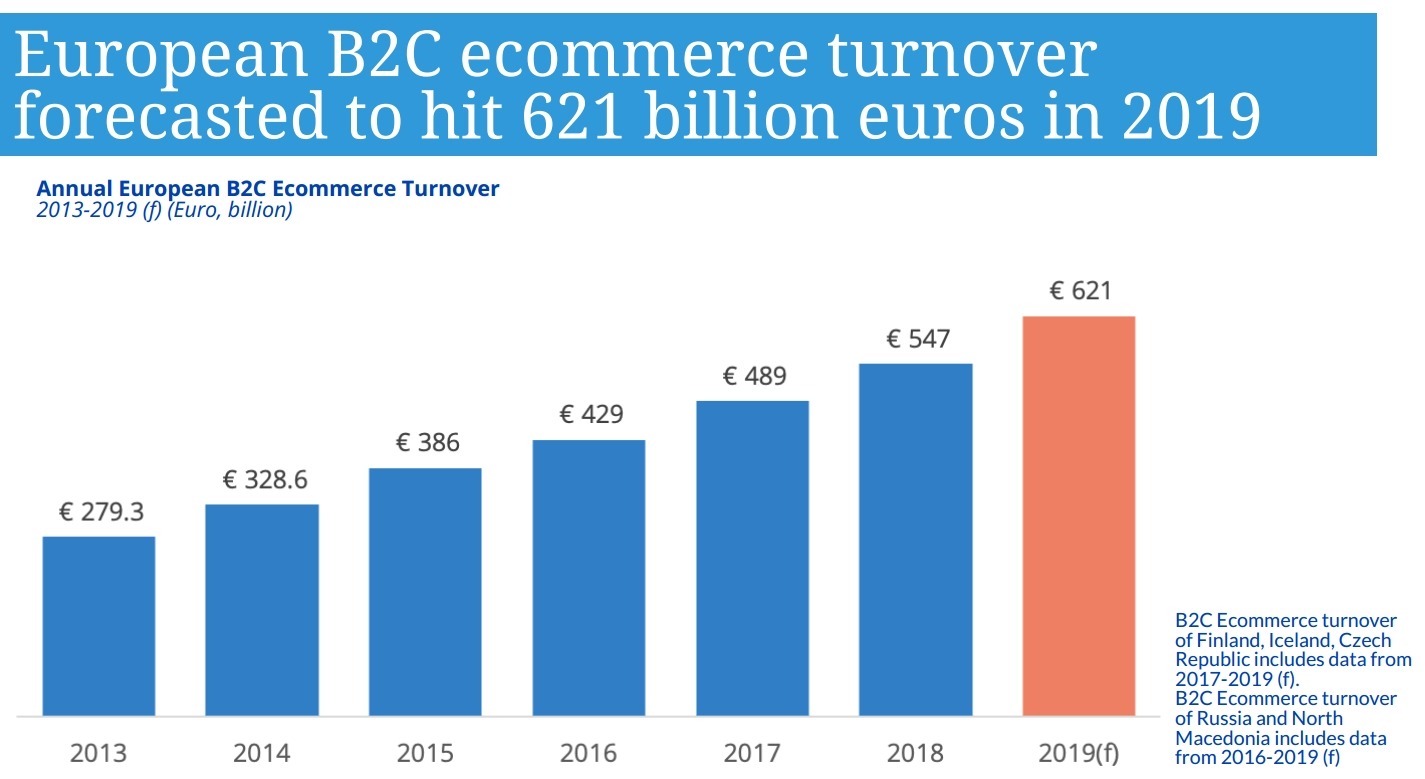 E-commerce turnover in Europe, from 2013 to 2019. Source: ecommercenews.eu

Although in Western Europe, the highest share of the continent’s ecommerce turnover is generated, Northern Europe is the region with the highest spending per online shopper: 2.046 euros per year. The average online shopper spending in the whole of Europe was 1,346 euros last year and is forecasted to grow to 1,464 euros by the end of this year.

Although many consumers in Europe like to shop online, there will of course always be consumers who prefer to shop in person, like to see the product, are loyal to shops or because of a force of habit. In Kosovo and Montenegro, people are more likely to refrain from ordering online, while in Poland only 2% prefer physical stores over online stores. And in Denmark (11%), the Netherlands (11%) and the United Kingdom (10%) a similar thought is shared.

SEE ALSO: How to cope with shopping cart abandonment