Ikea is launching a new app, which enables customers to visualize products in the context of their own homes and then order these items through the app, Ecommerce News reports. The new Ikea app will be launched first in France and the Netherlands.

Ikea is slowly changing its business model. Instead of luring customers into its self-service, out-of-town stores, the Swedish furniture giant is focusing more on helping customers shopping for Ikea products through an app or website.

The app will first be launched in France and the Netherlands and by the end of the year it will be rolled out in the retailer’s top eight markets, including Germany. The new app will replace Ikea’s existing app Place AR. 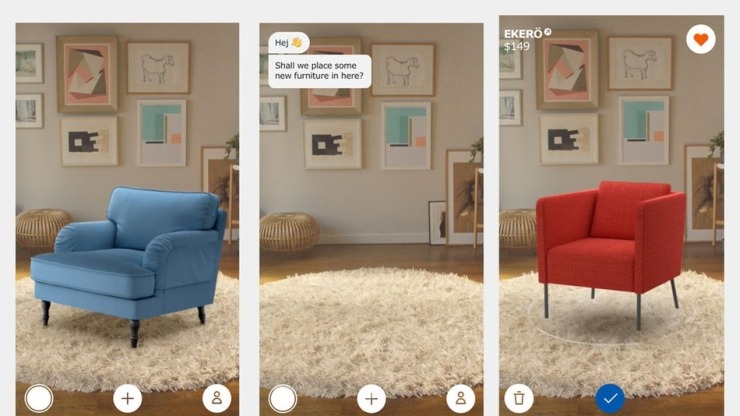 A screenshot from the current AR app from Ikea. Source: ecommercenews.eu

SEE ALSO: Augmented reality market will be worth $116 billion by 2023