Inditex founder Amancio Ortega and his secrets for success

Today, on March 28, this talented entrepreneur with more than $60B fortune celebrates his birthday 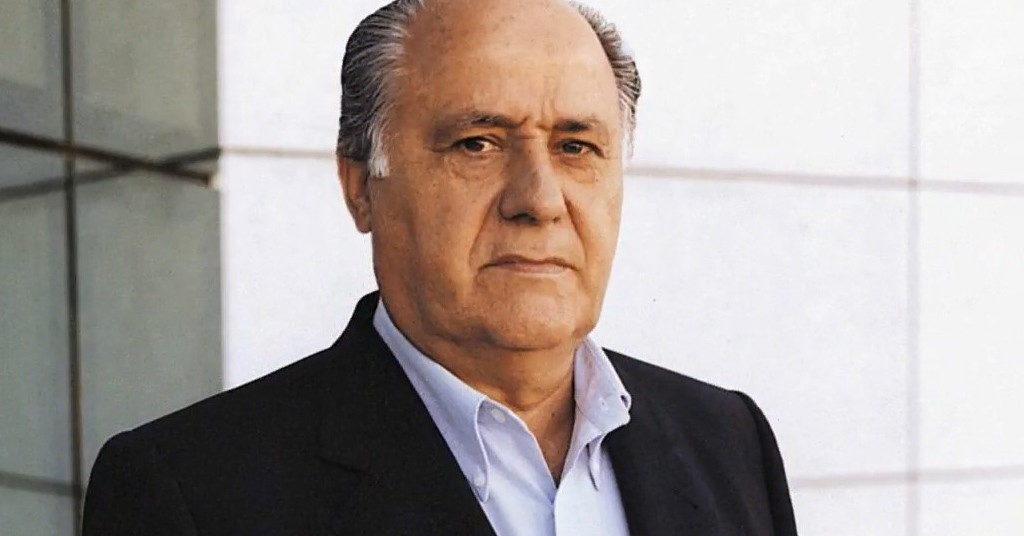 Currently, this man is №5 in the Forbes top 10 list, but in different periods of time he was №4, and even №3. However, despite his status, he is considered to be a “non-public figure”, and he is even called sometimes an “unknown celebrity” (here comes a spoiler – and for a good reason). You can barely find a man who knows him well, and who can say something specific about him. Most of the data you’ll be able to find is general, vague information.

Nowadays, it would probably be quite hard to find a woman who is unfamiliar with Zara, Stradivarius, Bershka, or the Pull and Bear brands. Amancio Ortega is a founder and chairman of the Inditex fashion group, and all the above-mentioned brands are the part of Inditex, which is the world’s largest clothing retailer. Ortega has managed to become not only one of the most powerful and influential businessmen worldwide but also a man who is a role model. People (who know him personally) used to say something like, “a man I am so proud to know.” So what’s the secret? Let us suppose it is thanks to his dedication, determination, and diligence. Nevertheless, Ortega’s wisdom and simplicity (make no mistake, it has nothing in common with primitivism or naivety) can charm almost anybody.

So let’s consider what special rules Amancio Ortega, prideful and capricious, but still gentle and good-hearted son of a poor Spanish railway worker, is guided by.

Amancio is a staunch opponent of the supervisor-supervisee relationship pattern. All his employees are his colleagues, and it is important to stay on the same wavelength as them. Humbleness and modesty are two basic definitions that he can be described by, both on the job or in daily life. Ortega allows his colleagues to call him by name, give advice, and even correct mistakes (if there are any). He says that all human beings are equal, and no one has the right to think they are better than everyone else.

2. Fall in love with what you do

Amancio Ortega is really in love with his work. There is no greater pleasure for him than to walk through all the premises engaged in the manufacture, talk to the employees, or take a look at the clothing material that has been chosen for the upcoming new collection. Remember, the more excitement, pleasure, and positive emotions your work gives you, the more fruitful and stunning your results will be. Amancio Ortega is living proof of this.

3. Complacency is the worst

If you want to be successful, and continuous improvement is your aim, then you should never allow yourself to be content with what you’ve done. “Grow or die,” Ortega says in Spanish. “If you want to innovate, don’t focus on the results.”

Wise and smart chiefs cannot merely let themselves rest on their laurels, and blind optimism would not lead to viable solutions and significant results. This is how it goes.

“Don’t stop at the top,” it is what we can also say about Ortega and his business. The first Zara shop was opened in 1975 in A Coruña, and multiple points of sale sprang up all over Spain in the 1980s. However, it wasn’t enough, since Ortega desired to conquer every fashion capital and city. So, he started with Portugal in 1988 and then opened Zara shops in New York in 1989, and in Paris in 1990.

By the mid-1980s Amancio realized that one brand was not enough. If he wanted to cover all segments of population needs, and hence broaden the range of prospective clients, he needed to create something more. Zara was popular mainly among middle-class women, so he created Pull & Bear in 1991, which is geared towards youth. Then Ortega bought the share of Massimo Dutti (for upper-middle-income class), which is fully owned by Inditex nowadays. Bershka and Stradivarius (both youth-oriented brands) were developed in 1998 and 1999 respectively (the latter was actually acquired since it was one of the major competitors). Nowadays Inditex is the world’s largest clothing retailer with more than 6777 stores in 88 countries. And even this is not a good enough reason to stop, according to the Spanish billionaire.

4. Make sure you’ve done everything you can to achieve the goal

There is no easy way to the top. Thus, if you want to achieve something in life, you’ll have to work hard. Notwithstanding your age, appearance, or mindset, it is vital not to give up on the obstacles and challenges you may face. So, make sure you’ve gone above and beyond in order to achieve something. Amancio tried multiple kinds of activity: he washed floors, sold different cheap products, and was even a sales consultant. Nonetheless, he understood that each of these occupations was a small, but very important step of the future “success ladder”, a part of the journey to becoming a person. Furthermore, he has never considered money as the primary goal. He says that making money for the sake of money is a waste of time, while the ability to set goals and do everything to achieve them, whatever it takes, is much more important. Plus, he doesn’t care what others think.

5. Value your family and stay true to your roots

Amancio respects everybody who is around, but his family has always been a special part of his life. He believes that family can be a powerful motivator, and a “magic well”, which gives you vital energy and helps you to rejuvenate. He also didn’t leave his hometown to seek his fortune. If Ortega can become one of the wealthiest men throughout the world living in his native town, why can’t you build your dreams wherever you are?

Microsoft CEO Bill Gates and his secrets for success

Larry Page turns 47: how he launched Google and Alphabet

How to shop during the quarantine