Neiman Marcus bankruptcy: what happened to iconic US retailer

Neiman Marcus, an iconic American store, was one of the first famous brands to report bankruptcy this year 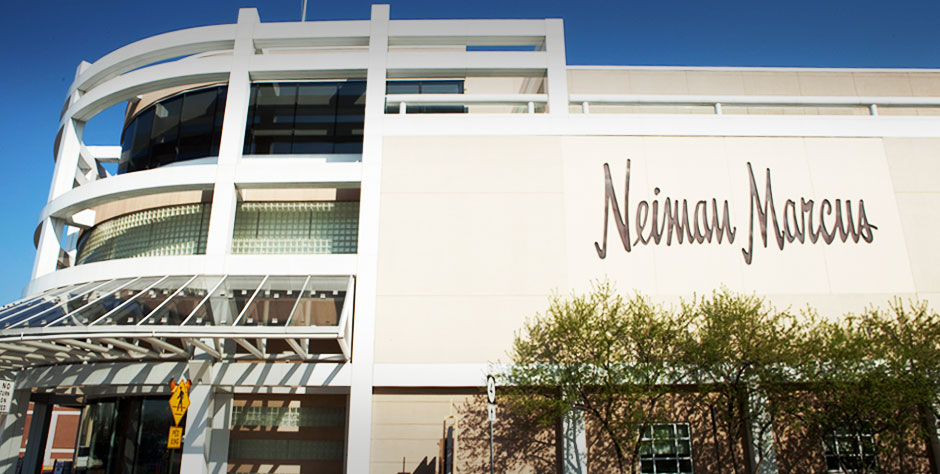 While national health services share the statistics of people affected by a novel coronavirus, economies have their own casualties. Brick-and-mortar stores, niche and luxury retail chains, and tourist agencies are the first victims of strict “stay at home” policies no matter how successful they may have been.

In particular, Neiman Marcus, an iconic American store, was one of the first famous brands to report bankruptcy this year. With a concentration of stores in Texas, it has, perhaps, been hit especially hard as a steep decline in oil prices sapped the buying power of its wealthy customers.

As reported by Reuters on April 19, the company is considering filing for bankruptcy within a week. It’s practically impossible for the designer clothing store to pay off their outstanding $4.8 billion debt due to the quarantine measures.

Neiman Marcus was forced to shut all of its 43 brand locations, roughly two dozen Last Call stores and its two Bergdorf Goodman stores in New York. The majority of its 14,000 employees were furloughed. 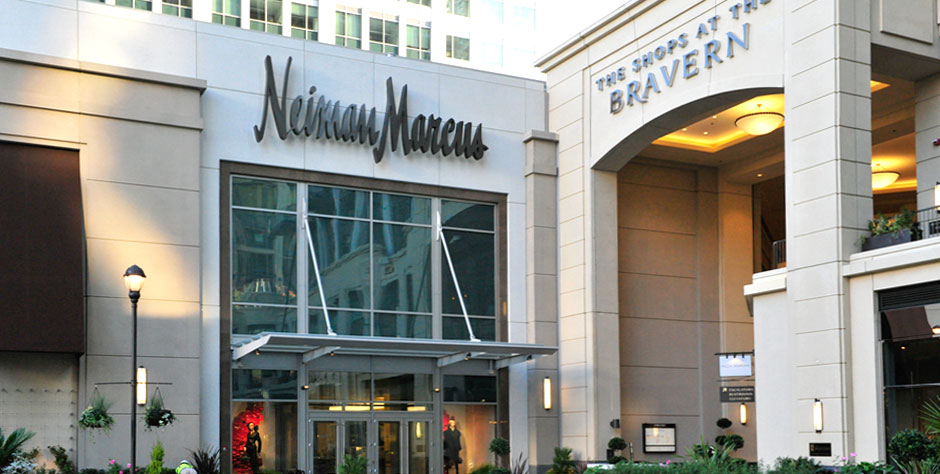 Neiman Marcus was forced to shut all of its 43 brand locations. Source: neimanmarcus.com

Like many other fashion retailers, the 100+-year-old brand preserved its online operations. Yet the sales amount has dropped significantly. To begin with, designer clothing is not a priority when people sit at home and many have lost their jobs. Besides, many customers prefer to buy fashion items in-store to make sure they fit perfectly.

Unfortunately, Neiman Marcus does not offer any try-before-you-buy options or paying on installments. Given the exclusive nature of many sold items, not all of them are subject to return. Thus, altered apparel, special orders, perishable or personalized/monogrammed items, and items identified as “final sale” cannot be returned even in a saleable condition.

While income is low, the pile of debt keeps growing. Some of this debt comes from $6B buyouts by its current owners. Back in 2017, the high-end fashion chain hired investment bank Lazard Ltd to explore ways to sustain its balance sheet. It postponed due dates on some financial obligations last year in a restructuring deal, though the transactions added to Neiman Marcus’ interest expenses. Anyway, the tempo of a debt retaliation appeared too slow for the current circumstances.

The company still hasn’t issued an official bankruptcy statement. It reportedly is about to finish negotiating a loan with the creditors to sustain some of its basic operations during bankruptcy proceedings. Thus, the bankruptcy preparations remain largely confidential despite some information leaks.

About the Neiman Marcus

The 2019 luxury retailer of the year caters to the middle class and wealthy upper class, supplying unique and extravagant fashion and gift items. Its main target market is consumers in the top 2% of the income segment in the U.S and worldwide. However, moderate-income customers are also offered a more standard selection of products. It sells high-quality designer clothes and shoes, bags and accessories, watches and jewelry for men and women, a wide range of products for mothers and children, interior items, etc. The brand names found in Neiman Marcus’ stores include D&G, Valentino, and Alexander McQueen among others.

This US-based privately-held retail chain was founded in 1907 in Dallas, Texas. The new department store stood out among its competitors by the quality of the goods, which was superior to the usual assortment.

Carter Hawley Hale Stores acquired Neiman Marcus in 1969 and Bergdorf Goodman (the first retailer to introduce ready-to-wear clothes, as an alternative to custom-made, tailored clothes) in 1972. The acquisition eventually led to the creation of the Neiman Marcus Group, Inc. The Group includes Horchow stores selling unique home decor, fine furniture, and luxury linens. It also operates myTheresa, a luxury online shopping platform with one store based in Munich, Germany. 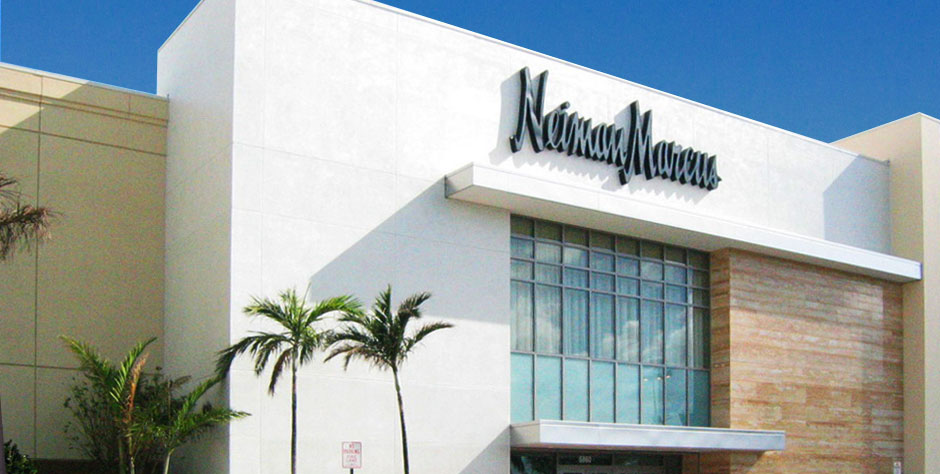 The latest revenue of Neiman Marcus as registered by Forbes was $4,7B. Source: neimanmarcus.com

Special promotions and services, many of which were developed by Stanley Marcus, made Neiman Marcus a retailing legend. Its annual Christmas Catalog issued since 1926 delivers gift ideas to all those who have seen it all. This astonishing Christmas Book includes “Fantasy Gifts”: outrageously extravagant items and experiences you won’t find in stores. Some outstanding examples are a pair of $60,000 life-size Lego sculptures, an authentic Guinness pub installed in your home for $250,000, or your own $20 million submarine.

Once it openly files for bankruptcy, Neiman Marcus could attract interest from potential buyers.

Some sources claim Saks Fifth Avenue owner Hudson’s Bay Co explored a bid for Neiman Marcus in 2017. This Canadian retail business group has expanded its activity to the US. The company has tried fur-trade and real-estate activities and even ventured into the oil business during its 350 years of history. However, fashion and home items retail is the only remaining part of the company’s operations today.

Another suggested buyers may come from China like coronavirus itself. Back in 2016, Neiman Marcus’ Chief Executive Karen Katz traveled there to meet with potential investors. In particular, Katz met with executives of Anbang Insurance Group, who have exhibited an eye for US companies. Though the offer was declined then, today the corporate assets may be sold at a more lucrative price.

Based on the recent trends with retail bankruptcy filings, I suspect we will see an increase in liquidations and few reorganizations. I also think there will be more asset sales, where pieces of failing retailers, which may only be certain good store locations and the intellectual property assets, are sold in Bankruptcy code section 363 asset sales
David Berliner, BDO’s Bankruptcy and Restructuring Advisor