Shopify teamed up with JD.com

The sales channel is already available to Shopify’s US merchants 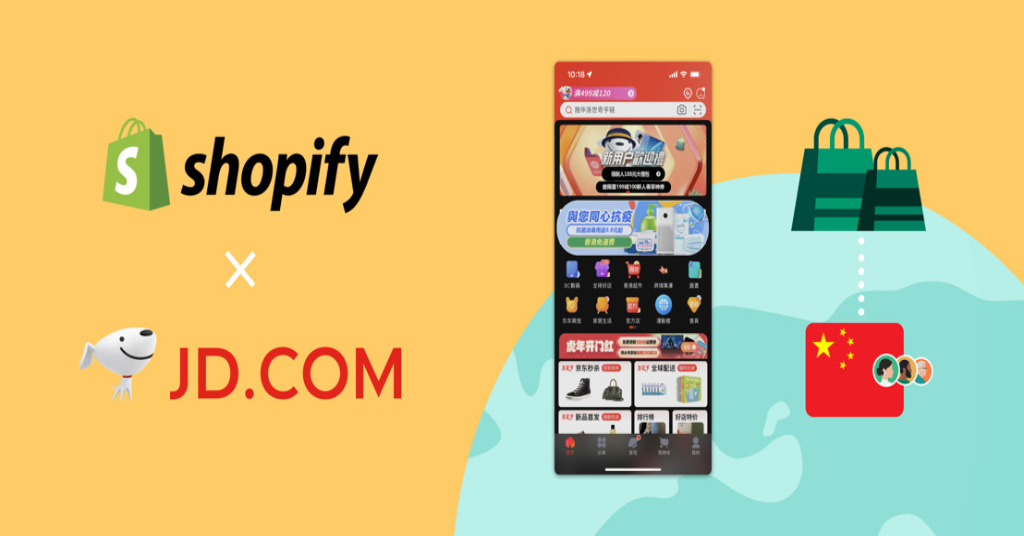 Shopify US and JD.com have announced joint collaboration.

Compared to the 12 months typically required for foreign brands to begin selling in China, JD’s streamlined channel, JD Marketplace, will allow Shopify merchants in the US to get started in as quickly as three to four weeks.

To support merchants in their effort to begin selling into China, the channel will provide:

JD.com is thrilled to partner with Shopify. We believe that the partnership will unlock the huge potential of the Chinese market for brands outside of China. At the same time, it will increase cross-border commerce by leveraging our global supply chain abilities, simplifying what has traditionally been a very complicated process
Daniel Tan, President of JD Worldwide

We’ve reported that Microsoft announced its largest acquisition ever.