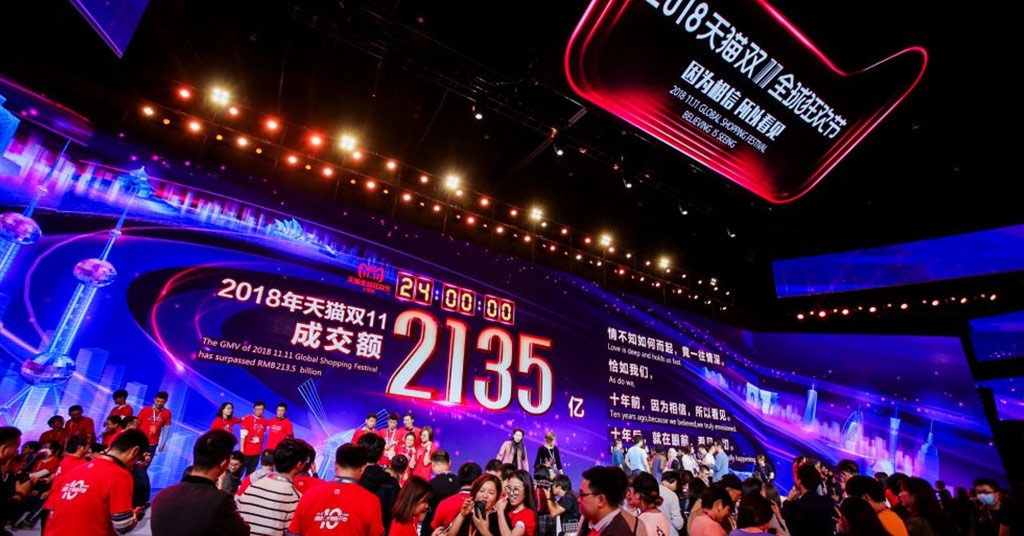 Apart from the new GMV figure, the sheer size and scale of other 11.11 data provided by Alibaba were staggering. Orders poured in at an unprecedented rate over the 24 hours of 11.11, said Tmall President Jet Jing. That underscored how solidly the B2C platform and Alibaba Cloud performed on the group’s busiest business day of the year.

Behind the transactions, what’s more, is the power of technology and support of our infrastructure
Jet Jing, Tmall President

With just over 40 minutes to go before the end of 11.11, delivery orders handled by Alibaba-owned Cainiao Smart Logistics Network topped 1 billion for the first time, eclipsing last year’s 812 million.

Check out the «1.11 Global Shopping Festival in numbers» infographic by Alibaba.