Home > Retail > The most popular online payment methods in the Netherlands

The most popular online payment methods in the Netherlands

The most popular online payment methods in the Netherlands. Source: shutterstock.com

According to Ecommerce News, iDeal is getting increasingly popular among Dutch consumers. The payment method was used for 59% of online purchases in the Netherlands last year. That’s an increase of 3 percentage points compared to the situation one year before.

That’s revealed in the annual eCommerce Payment Monitor. Last year, consumers in the Netherlands paid with iDeal 524 million times, an increase of 39% compared to the year before. Online sales that happened through iDeal was worth almost 43 billion euros. 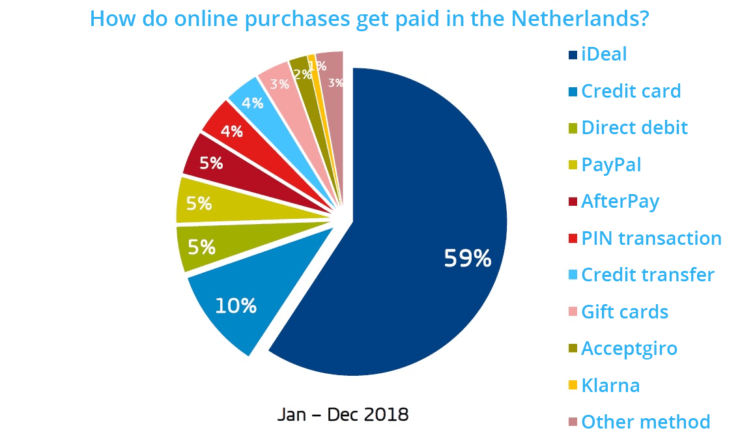 The second most popular online payment method is the credit card, which was used during one in ten online purchases in the Netherlands last year.

Pay-after-delivery payment methods are also gaining in popularity. For example, the share of payments that happened with AfterPay or Klarna has increased to 6%. Paying after delivery is now in the third position when it’s about the most popular payment method in the Netherlands.

It’s also that consumers increasingly say they prefer to pay after they received the order. A recent survey shows that 41% of online shoppers in the Netherlands have, at least once, used this type of payment method.

SEE ALSO: How to choose the best payment solution for your online store