Jacqueline Mars is a successful businesswoman and investor 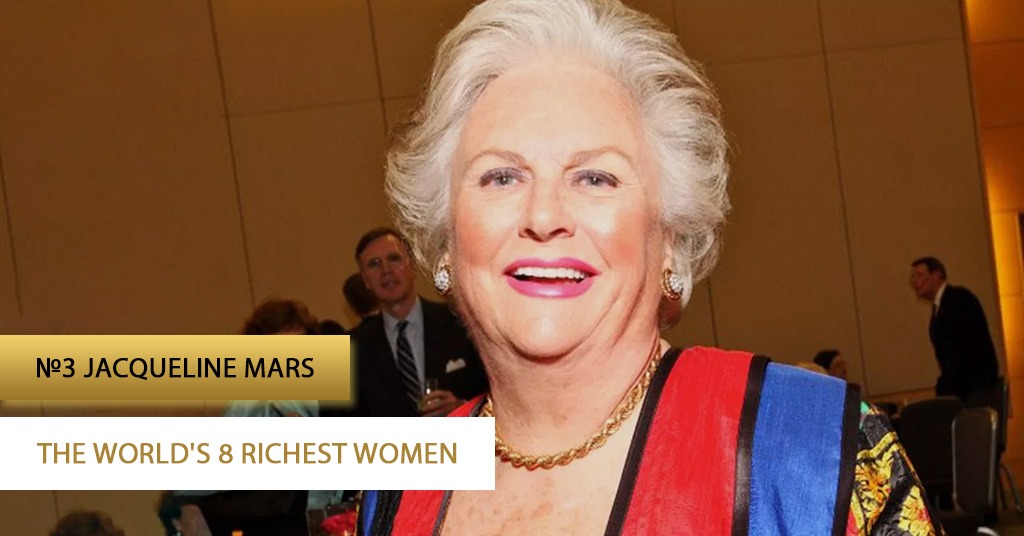 The woman we want to tell you about today comes from the famous family of candy makers. This autumn she is going to celebrate her eightieth jubilee.

The next wealthy American comes from the famous family of candy makers. Her surname strikes a chord in the heart of everyone who has a sweet tooth. Her grandfather, Franklin Clarence Mars, was the founder of the Mars, Inc. The company currently belongs in the top 5 private businesses in the USA.

Nevertheless, Jacqueline did not merely inherit and enjoy her wealth. She is a successful businesswoman and investor. She specializes in the fields of business and finance and has a degree in anthropology. Jacqueline joined the family business in 1982 as Food Product Group President. The group developed new food products and dealt with strategic marketing. She officially retired in 2001, but remains a co-owner and continues to serve as a strategic advisor.

Mars, Inc. is the producer of the world’s famous sweets – Mars, Snickers, Milky Way, and M&Ms. However, they do not stop at candy. They developed 13 food brands, including the famous Uncle Ben’s products. The company also opened the Mars Edge division concentrated on targeted nutrition for the benefit of human health and wellness. They collaborate with the global scientific institutions to study the health impact of cocoa flavanols which is the basic ingredient of the CocoaVia dietary supplement. Mars Edge also introduced five innovative technology platforms in the areas of food, plant, biomedical and life sciences. Their scientific projects may be found at www.marssymbioscience.com.

Jacqueline Mars is also a famous benefactor. Her donations through Mars Foundation go mainly to the spheres of education, culture and the arts, as well as environmental conservation. She takes part in cultural life being on the board of directors for the National Sporting Library and Washington National Opera and Fine Arts Museum. She is also a trustee of the US Equestrian Team. Being very fond of animals and the countryside, she owns a working farm specializing in organic farming and horse training.

In 2013, she became the party at fault of a terrible car accident. Falling asleep at the steering wheel, Ms. Mars hit a family van with six passengers in it. As a result, an 86-year-old woman died and a pregnant passenger had a miscarriage. Unlike Alice Walton, Jacqueline Mars did not deny her fault. She pleaded guilty to reckless driving. However, the families of the victims did not insist on her imprisonment. The heiress ended up paying a fine and losing her driving license for six months. She apparently provided good financial assistance to the grieving family members and expressed her deep sorrow and regret.

Jacqueline was married twice and has three children from her first marriage. She is a grandmother of six. This autumn she is going to celebrate her eightieth jubilee. Her current net worth is $24 billion.