Home > Retail > Which retail companies filed for bankruptcy in 2021?

Which retail companies filed for bankruptcy in 2021? 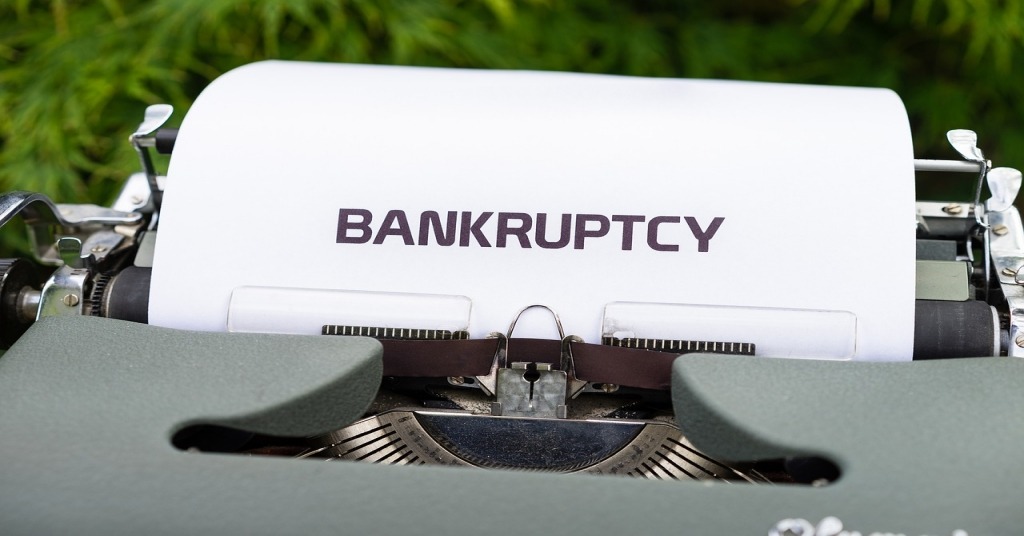 Which retail companies filed for bankruptcy in 2021? Source: pixabay.com

In 2021, retail sales have been growing steadily along with the surge in consumer spending. As the share of online purchases surged, those retailers that didn’t pay enough attention to their digital sales channels may have not withstood the competition. Other factors like debt accumulated during the pandemic shutdowns have aggravated retailers’ positions.

The year started on a sad note for the farm supply and outdoor department store which filed for Chapter 11 bankruptcy in January. After more than 55 years in business, the company was forced to close all locations. The business has been rebranded as R.P. Home & Harvest after it was bought out of bankruptcy by R.P. Lumber Co. The lumber company plans to retain the same range of products and services in the rebranded stores. Those are essential products people need for home, farm work, and outdoor recreation. The new online selling platform is also in development.

Another retailer starting the year with a bankruptcy filing is the furniture chain Loves Furniture. The retailer was quite new in business, founded only in 2020 by Jeff Love who bought shuttered Art Van stores and Levin and Wolf locations and rebranded them. However, a new name didn’t save the faulty business model. Warehousing, logistics and inventory problems led to lost furniture, unhappy customers, and cancelled orders. Covid-19-related supply-chain disruptions were also to blame for the bankruptcy.

Minneapolis-based women’s apparel retailer was hit particularly hard by Covid-19, as its average middle-aged female customers stopped buying new apparel in the absence of social engagements and prevalent work-from-home models. The retailer sold its online business to an affiliate of Hilco Merchant Resources in early March. Hilco has tapped iMedia Brands to run the online version of Christopher & Banks, with plans to launch a new weekly Christopher & Banks television program on ShopHQ and launch an interactive video platform dubbed “Christopher & Banks Stylists”. The retailer initially closed all of its bricks-and-mortar locations, however, a couple of them re-opened later in the year.

L’Occitane, Inc. filed a voluntary Chapter 11 petition in January. The filing dealt only with the US operations of the French beauty brand. In August, following the successful completion of its U.S. lease portfolio restructuring, the Company received court approval of its Plan of Reorganisation. The brand emerged from Chapter 11 with a sustainable store platform for the long term, and continues to offer customers the same extraordinary beauty experience in its 133 boutiques nationwide and online. Over 20 burdensome stores that stopped bringing profit were closed.

Department store chain, which opened its first store in 1888, filed for Chapter 11 bankruptcy protection as it planned to recapitalise the business, cut debt by approximately $450 million, and extend maturities on all term loans to July 2025. The company entered into a restructuring support agreement with its majority owner, private equity firm Sycamore Partners. With the approval of a restructuring agreement, the department store retailer got $225 million in new capital, and emerged from the bankruptcy a day after filing.

Luxury sunglasses retailer filed for Chapter 11 bankruptcy in February, with plans to restructure. Its retail store business was significantly impacted by COVID-19 store closures in key markets and stay-at-home orders throughout the country, Solstice’s retail sales during the pandemic have fallen more than 50% below the 2019 profit rate. In August 2021, the retailer emerged from bankruptcy after Second Avenue Capital Partners provided it with a $6.5M exit financing facility.

This British high fashion brand entered into administration in March with debts of nearly 28 million pounds. Four months later, US investment firm Retail Ecommerce Ventures (REV) bought the couture brand out of administration. During the critical time, one of the co-founders Tamara Ralph left the business following a dispute with Russo. The administrators who handled the sale filed suit against her claiming Ralph syphoned money from the company, engaged in financial mismanagement, and breached her contract by attempting to set up a competing business. The co-founder denied the claims.

The parent to Joie, Current/Elliott and Equipment underwent Chapter 11 filing in April. The apparel retailer was already in the process of closing its locations when the pandemic hit, accelerating its move towards online sales. In early June, Collected received new funding from private equity firm KKR, emerging out of bankruptcy with a cleaner balance sheet and plans to restructure around its online and wholesale businesses.

The mall operator also filed for bankruptcy to enable financial restructuring in June. The company and its debtor affiliates emerged from Chapter 11, having reduced its debt by almost $1 billion, largely due to debt forgiveness that positions investment firm SVPGlobal as majority owner.

The jewellery brand known for its charm bangle bracelets, was having a rough time before the pandemic started, struggling with operational challenges, lack of infrastructure, and corporate mismanagement. Thus, the retailer couldn’t adapt to the quickly changing consumer landscape. In June, the company filed for bankruptcy relief. The restructuring plan was approved by the court in September. The plan swaps the company’s nearly $112 million debt for equity and provides approximately $4.5 million in exit financing.

Established in 2005 by the century-old Li & Fung, the North American arm of global apparel maker licensed major brands such as All Saints, Saga, and Le Tigre and made private label products. Due to the decline of store foot traffic, the division filed for Chapter 11 bankruptcy at the end of July. The Group’s European operations were also in trouble. There, its wholesale business minimised all payments deemed not critical to the company. But the situation deteriorated despite all efforts, and the unit’s executives informed the Global Brands board it would not survive. Global Brands filed an application with the Bermuda court to wind up its ultimate holding company in September. After a hearing, the court approved the company’s liquidation case. The company’s liabilities have exceeded the net realisable value of its assets and therefore there won’t be any disbursements to the company’s shareholders. About 30 brands are also affected. The portfolio includes Forever 21, Nine West, Eddie Bauer, Juicy Couture and more.

In late August, consumer brand-owner Sequential Brands filed for Chapter 11 too. The company, which owns brands such as Jessica Simpson, Joe’s Jeans, Avia, and AND1, failed to pay its large debts. Even selling off large assets like Ellen Tracy and Caribbean Joe didn’t help. The company is planning to sell most or all of its assets through a court-supervised auction while in bankruptcy. Jessica Simpson’s family offered to buy the singer’s brand out of bankruptcy for $65 million. Two other current partners, Galaxy Active and Centric Brands, agreed to bid for other related assets. Sequential also has a restructuring deal with lenders, including affiliates of Apollo Global Management Inc. and KKR & Co., according to court documents.

The Australia-based activewear retailer filed for Chapter 11 protection in September. Firstly, its bricks-and-mortar sales dropped 56% in 2020, leaving the company unable to meet its lease obligations. Later, the brand faced a $3.7M fine in July 2021 after falsely advertising that its clothing was capable of eliminating and providing protection from Covid-19. Lorna Jane hopes to continue its online business while eliminating the bricks-and-mortar presence in the US.

A centennial high-end home goods business filed for Chapter 11 protection with around $80M in unsecured debt. The company struggled to establish a digital presence matching its in-store experience. With low foot traffic, 2021 sales were down 50% from 2018, reaching just $25M. After the court-approved sale to a group of investors, the retailer managed to stay in business. The iconic New York City retailer was sold to a consortium called 888 Capital Partners LLP, which largely deals with Persian rugs.

The London-based high-fashion brand filed a notice of its intent to appoint administrators after the pandemic destroyed demand for the business. Its sales dropped by 80%, as formal wear is losing value amidst limited public events. The couturier fashion house is best-known for the Galaxy dress which became the hottest ‘must-have’ item after it was introduced in 2005 and worn by numerous celebrities and royal family members. Nevertheless, the designer’s flagship store in Mayfair, London was closed in November. The business is now under administration.