Is it worth using this service? 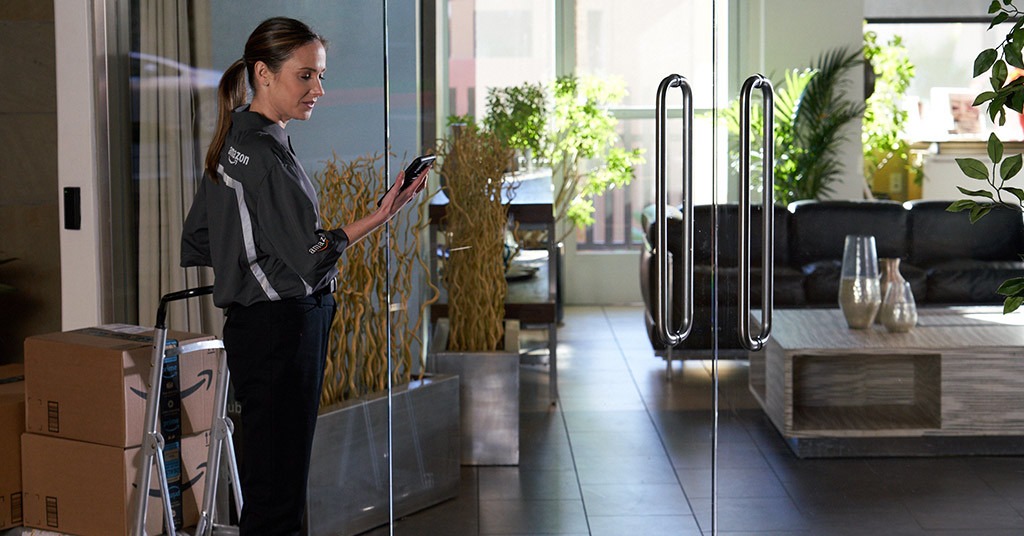 In 2017, Amazon launched a new feature, Amazon Key, and this product was considered to be a real game-changer for both the real estate industry and last-mile delivery issues.

Today PaySpace Magazine will explain what Amazon Key is, and consider its advantages and drawbacks.

What is it and how does it work?

Amazon Key is a system, which comes with a smart lock, security camera, and specialized app.

Thus, delivery people will be able to leave a package inside your home, and also dog walkers, house guests, or babysitters will have access to your house without a conventional key (of course, only if you have approved their entry). This item is available for Amazon Prime members only and in selected areas of the USA (visit the official Amazon site for more details). The price tags are different, and a standard kit starts at $250, but it can cost more than $300 since everything depends on the type of kit and the compatible lock you’ve chosen.

The system is not that complicated. The camera is the main part of the system. It links up to Amazon’s servers via WiFi in the household of a user and interchanges information with the lock via a wireless protocol called ZigBee.

What can go wrong?

Undoubtedly, this service was geared to facilitate the delivery process when nobody is home, but it has raised some issues and worries. The system is not perfect and has some technical faults which have not been eliminated yet (at least not every flaw). In other words, the system is still vulnerable to different malfunctions, bugs, and glitches. Moreover, it means not all customers initially understand that by buying an Amazon Key they provide their personal data, and willingly install a camera, which is operated by “some server”. It is no wonder, therefore, so many people still prefer person-to-person contact to an automated system.

Now about the pros & cons. Unquestionably, this system is convenient and time-saving, which resolves not only delivery issues, but the above-mentioned dog walkers, house guests, or babysitters. It can be used by real estate agents. For example, you intend to sell your house and move to another city, but you spend all day at work. Your agent has found prospective buyers who want to look around the house. You have no choice to leave your job in order to open the door to the real estate agent and prospective buyers they have brought. This system can really come in handy since by having it you’ll not have to open your door physically because you can do it remotely.

However, as we have said before, at the same time it raises certain issues and questions:

Just imagine: a delivery person opens your door to put a parcel on the floor and suddenly your beloved dog or cat notices the open door and just runs out. What will you do? (Or maybe it is better to reformulate “What will a delivery person do?”).

The system camera records everything a delivery person does, and it is nice. The only thing they have to do is to deliver an ordered package. Amazon perfectly (or maybe not) knows who they hire, so any probable misconduct, which is recorded, will be punished and orders refunded. However, isn’t it creepy, when some random guy strolls around your house, maybe uses your bathroom, or checks out your underwear drawer? The sense of comfort will not be the same, and some people would feel unprotected in their own homes. A stolen vase can be replaced, but what is the exact value of “moral damage” and a sense of insecurity?

And what if a “disreputable delivery person” sees something smart at your house, and thinks something like, “Come on, it’s totally worth it”. If such a delivery person calculates he will find enough things inside your house, how about the malicious delivery guy who likes what he sees inside your house and decides to game the system? Maybe he decides your stuff is worth the risk, he’ll just rip you off, and leave town. Who will refund this?

A recent “hacking camera” study, conducted by a group of programmers, has shown that hacking an Amazon Key camera is not a big deal. They have proved that they can crack the system and disconnect the camera from the router. What does that mean? Firstly, a camera apparently will not be able to record video. Secondly, it doesn’t communicate with the lock (while it’s disconnected). And the worst thing about this is that the system won’t send a notification that a camera is offline. A user will see only the last image a camera has seen before the connection was lost. Like a spy or detective film, isn’t it?

Next, a criminal delivery person enters a house, and nobody notices anything since the camera isn’t operating while the lock is opened. The person takes everything they want and just walks away like nothing’s wrong. This scenario is even more “criminally fortunate” than the one described a point above.

What can we say? We really hope that Amazon will take care of the software part of this kind of home security system, otherwise, malicious minds will use any possible security breach to rob honest people.

Now we know hackers can disconnect a camera from the router. However, it is not the only way to hack Amazon Key. As we’ve mentioned above, a camera transmits lock/unlock signals to the lock via ZigBee wireless protocol. This, by the way, is a widely used protocol, if we are talking about IoT devices. What’s more, it is not so hard to hack ZigBee.

Back in 2015, security experts from Qihoo 360 revealed a step-by-step guide on how to hack a ZigBee. In late 2015, another research group from Cognosec presented the brand new way to take over home devices. They explained that cracking ZigBee is enough for the subsequent hacking of IoT devices.

ZigBee responded immediately and straightforward. Essentially, they said that there are plenty of locks, IoT items, and technology vulnerable to hacking. And the main problem lies in the fact that people do not want to implement more strengthened security measures and methods. On the one hand, Amazon Key is not the only lock that can be hacked (and it was quite obvious and corny). On the other hand, now you know that it is entirely your fault if your lock is cracked.

And last, but not least, it is better to remember who’s in charge of the Amazon Key camera installed in your house. A camera records what it sees, it sends things to Amazon, and it’s fully controlled by Amazon’s server. It perhaps can be turned on at any second, and send videos to someone, or something, you don’t even know where. Amazon says (and even promises) they will not misuse the camera whatsoever. Okay, we’ve heard the same from Mark (say hello to Facebook). Anyway, it’s not the best time for another conspiracy theory club meeting, but you have to bear one thing in mind. Your privacy is your concern.