Home > Tech > Best new car technologies: what are they

Best new car technologies: what are they

Let’s talk about the incredible technologies present in modern cars 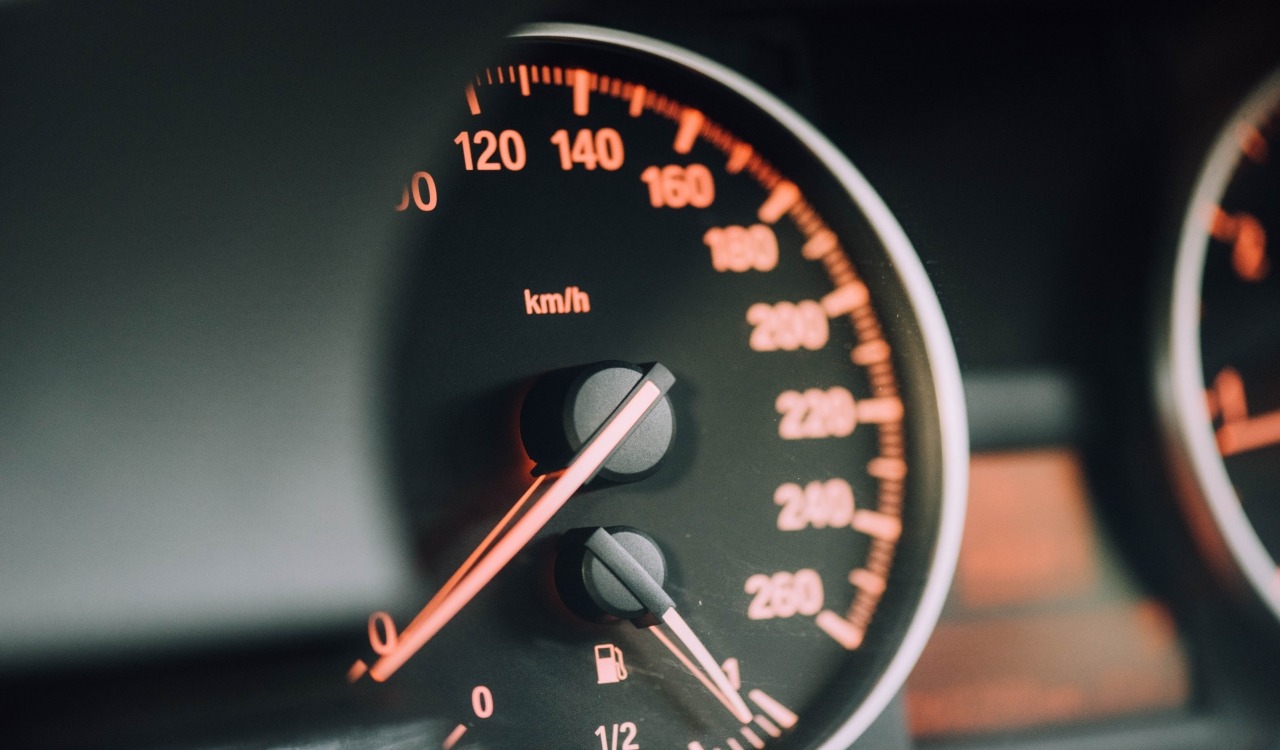 Best new car technologies: what are they. Source: unsplash.com

Only 100 years have passed from the invention of the car to its first self-driven prototype. At the end of the 19th century, people hardly believed the creation of Karl Benz could move around without horses.

In 2020, even autonomous cars are not a wonder. Today we’ll talk about the incredible technologies present in modern cars.

With the evolution of contactless payments, their integration to car dashboards was long hanging in the air. Finally, last year numerous carmakers announced their plans to make in-car payments a reality. Honda, GM, Hyundai, Jaguar, BMW, Volkswagen, and Ford Motor Co are all on-board with the customers’ desire to pay for takeout food, gas, parking, or other items without reaching for a wallet, phone, or purse. At the same time, major tech firms such as Amazon, Apple, and Google are accelerating efforts to place their voice and payment technologies in the cars of tomorrow.

An increasing number of gas stations are getting upgraded with connectivity. Hence, Jaguar, GM, and Hyundai have already negotiated partnership deals with chosen stations to offer better auto-payment experiences at the fuel pumps. In theory, the integrated car tech will be able to automatically notify drivers that their fuel is running low, direct them to the nearest connected gas station, and accept payment commands through the digital dashboard.

In practice, Jaguar’s in-car payment system is already operating with the simplest functions. It’s currently using touch-screen controls to pay for gasoline through the Shell payment app. The luxurious carmaker included the Shell payment technology in the 2018 models of the XE, XF, and F-Pace models and launched the ability to buy through the app in the U.K. using PayPal, Apple Pay, and Android Pay in 2017. Shell and Jaguar Land Rover have also created a simple, yet secure customer experience that uses geolocation technology and cloud-based pre-payment checks.

GM has created the whole in-car marketplace for its customers. Available in selected models of Chevrolet, Buick, GMC, and Cadillac vehicles, the Marketplace utilizes vehicle data to add context to customer transactions. For example, the platform can display the location of a nearby fuel station when a driver’s fuel level is low, or a take-out pizza special near dinnertime. Contactless payments, ordering and reservations, and kerbside pickup options make shopping convenient and safe in times of pandemic.

Honda is working with Visa and a firm called Connected Travel on the infotainment & commerce project Honda Dream Drive, which provides customers with the ability to enjoy a range of voice-controlled services through the car dashboard, including the ability to pay for goods. The driver-focused application allows the customer to make restaurant reservations, and pay for goods and services like fuel, movie tickets, and parking, all from the car’s navigation system. The passenger’s app suite offers mixed reality games that move with the car, as well as entertainment such as movies, from the passenger’s mobile device.

This year, Hyundai Motor Group has announced its Genesis GV80 will include the first domestic In-Car Payment System, providing a new lifestyle option for its riders. In order to use the In-car Payment Service, one must first join the Genesis Connected Service necessary for the transfer of transaction information. After registering through the smartphone application ‘carpay,’ a driver can use the ICPS system at partnering gas stations or parking lots. 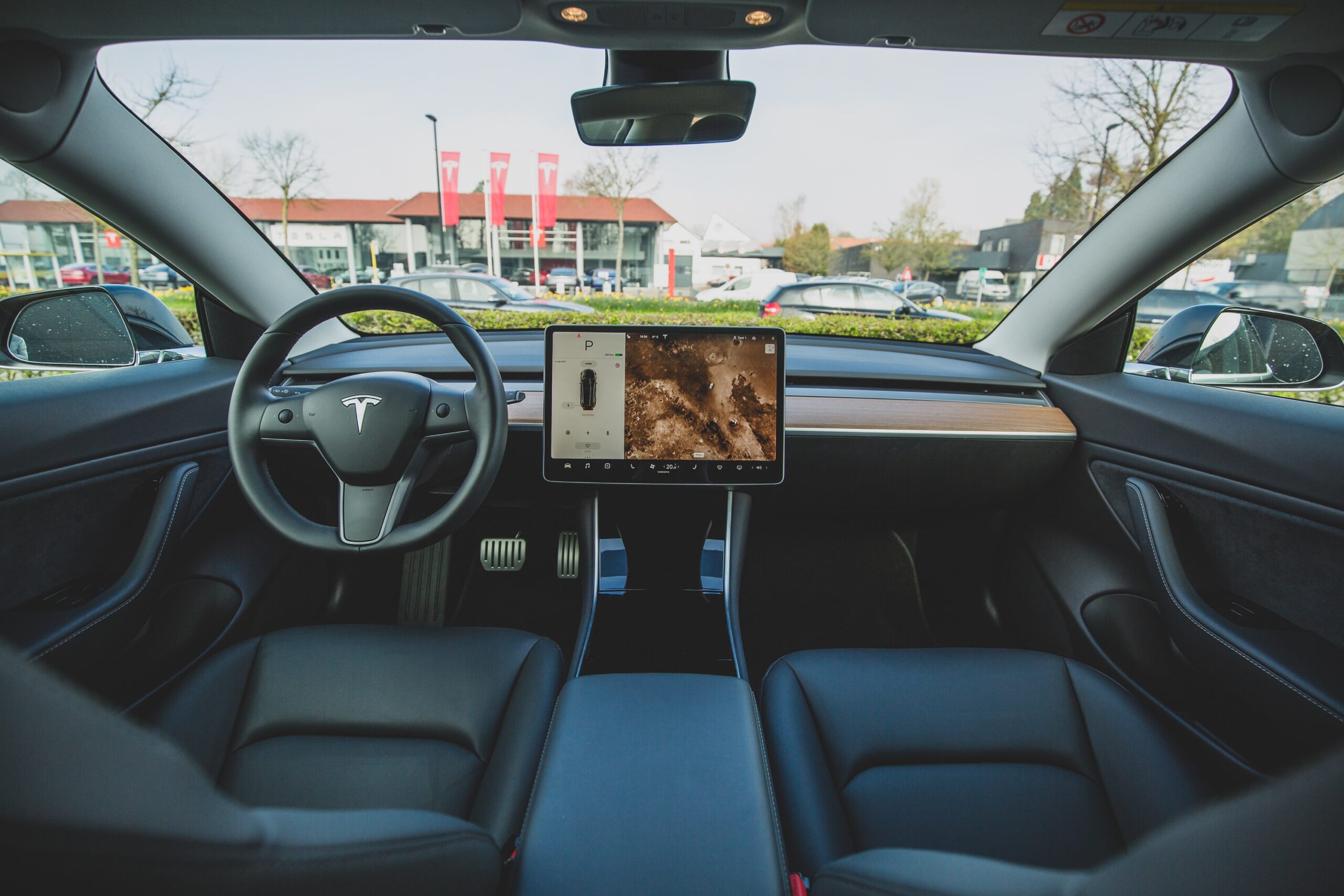 As you may know, millions of people commute to work in the US, Europe, and other parts of the world, spending at least an hour a day in their cars. It’s plenty of time, especially when you’re stuck in a traffic jam. Those who travel by car can sometimes spend the majority of the day inside their vehicles. Hence, most passengers and even drivers, reach out for their phones to make takeout reservations, search for the nearest gas stations or stores, order tickets, check social networks and messengers, etc. Not to mention the bored children who get glued to their iPads during long rides.

Therefore, a strong need for Internet-connected cars arose quite a while ago. A connected car has its own connection to the internet, usually via a wireless local area network (WLAN) that allows the car to share internet access and data with other devices inside and outside the car. Such vehicles are expected to enhance the driver’s experience by providing driver-assistance apps, as well as fleet information and entertainment services.

In 2019, worldwide sales of connected cars with embedded telematics are estimated to have hit 28.5 million units. Globally, it is predicted that about 70% of light-duty vehicles and trucks will be connected to the Internet by 2023.

Internet-connected cars allow drivers to get the full advantage of many dedicated services. For instance, Google’s Android Auto enables users to connect their smartphones to compatible in-car head units and infotainment systems. The app transmits data from Google Maps, Messages, Google Play Music, and weather from your phone to your car dashboard. The app encourages a hands-free experience and road-friendly usage. Alexa Voice Service (AVS) brings the convenience of voice control to any connected device. Access to Alexa in the car offers consumers the ability to access their car from home, command internet-enabled functions such as lighting, security systems or garage doors from their vehicles, etc.

A smart entry system is an electronic lock that controls access to a building or vehicle without using a traditional mechanical key. The remote keyless system performs the functions of a standard car key without physical contact, while a remote keyless ignition system starts the engine. Those two options still require pressing some kind of a button at an acceptable distance.

Meanwhile, the true keyless entry presupposes the smart car will automatically unlock the driver’s side door when someone puts their hand on the door handle and has the key fob with them. As an alternative, keyless access will be activated by a relevant app. For instance, Smartrak, one of Australasia’s most sophisticated providers of location-based business intelligence, has recently added the Keyless Entry function to its Mobility Portfolio. It gives the ability to lock and unlock your vehicles using a smartphone, the Smartrak PoolCar mobile app, RFID, or a building access card. Therefore, a person can make a reservation through Smartrak’s PoolCar pool booking, then head directly out to the carpark and unlock the car.

All-electric vehicles (EVs) have an electric motor instead of an internal combustion engine. The vehicle uses a large traction battery pack to power the electric motor and must be plugged into a charging station or wall outlet to charge. Using power from the traction battery pack, an electric engine drives the vehicle’s wheels. Some vehicles use motor generators that perform both the drive and regeneration functions.

Moreover, a Californian startup Electric GT has developed a plug-and-play innovative electric motor that can convert any vintage car into an electric car. The company will offer two crate motors, the strongest generating just under 180 kilowatts (240 horsepower) and 460 newton-meters (340 pound-feet) of instant electric torque. Dual electric motors, a DC power converter, computer controls, and cooling gear are packaged in a “black box” that looks like a gasoline engine with V-shaped cylinder banks.

Systems can vary depending on the manufacturer, but all Adaptive Cruise Controls (ACCs) use some sort of radar/camera system to track the vehicles ahead and adjust speed accordingly. The system will speed up or slow down based on the position of the cars around. Some will even bring you to a complete stop when necessary, allowing the driver to set off again using the “Resume” button. For best results, drivers can pair the option with lane-keeping assistance for a stress-free ride. While not everyone is comfortable with the driverless ride, the ACC mixes automation with the human ability to intervene.

Some examples of the most up-to-date car models with adaptive cruise control systems are the models of 2020: BMW 3 Series, Volvo S60, Hyundai Sonata, Nissan Altima, and Toyota Corolla Hatchback. However, many older car models have an ACC feature pre-installed. Moreover, with technological advancements, ACC is now quite accessible, and even if your current vehicle doesn’t have ACC, you can potentially have it installed.

Connected car insurance is a technology-driven automobile insurance method leveraging the Internet of Things (IoT) telematics. Such programs are intended to reward and promote safer and smarter driving behavior while personalizing monthly premiums based on individual driving patterns.

Last year, By Miles, the U.K. pay-by-mile car insurance provider, launched a “connected car” insurance policy specifically for Tesla drivers. It claims to be the first car insurance policy to take data directly from a car without the need for a “black box” or aftermarket device. To activate the pay-per-mile Tesla policy, drivers simply connect their Tesla with their By Miles account. Via the By Miles app, they are then able to instantly see the cost of each day’s miles and pay for what they’ve driven monthly. The new policy also includes covering items specific for EVs such as “damage or theft of charging cables and accessories as well as electric car batteries.”