Home > Tech > Cyberwar against Russia: That’s how Anonymous is taking revenge on Putin

Cyberwar against Russia: That’s how Anonymous is taking revenge on Putin 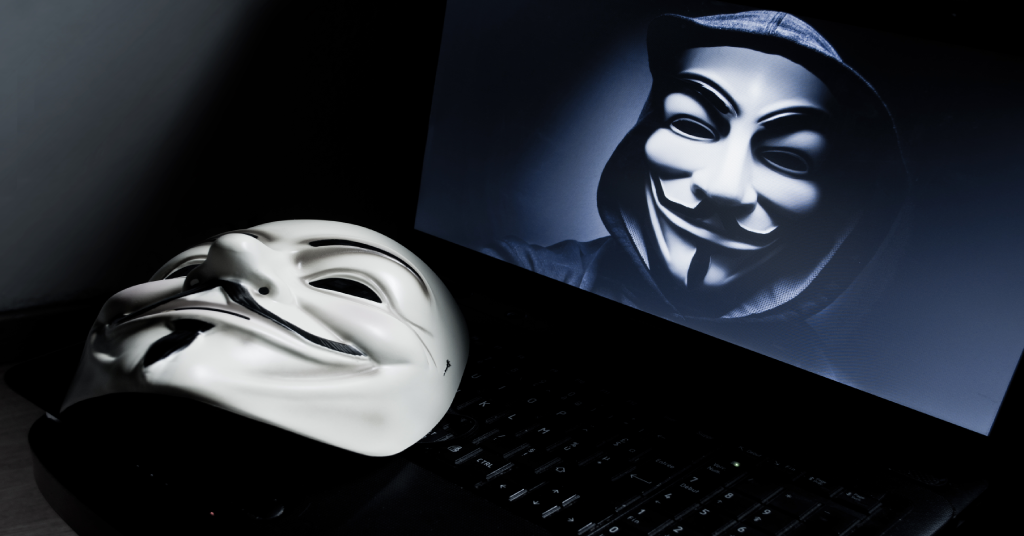 Cyberwar against Russia: That’s how Anonymous is taking revenge on Putin. Source: depositphotos.com

While the Armed Forces of Ukraine are fighting Russian occupants on the battlefield, the international IT army is doing all it can to help Ukraine win the information war. Particularly harsh on Putin and his allies is the hacker group Anonymous.

Attacks on multiple governmental websites including the Kremlin, Russian Defense Ministry and the State Duma repeatedly caused them to go offline. The group also targeted web resources of the state enterprise Gazprom, different Russian banks and propagandist media. Belarussian banks and government entities were hacked as well. The website of the Chechen Republic was also down as its dictator Kadyrov made the decision to deploy Chechen forces in Ukraine. The cyberattacks on those resources have become regular ever since. Many official databases were leaked.

Russian state TV channels were hacked a few times and broadcast the truth about the war in Ukraine for a while. On another occasion, the Ukrainian anthem was put on air instead of the regular content. The Russian media regulator’s (Roskomnadzor) website went down for hours. Messages calling to “stop the war” and protest against the Putin regime briefly appeared in the main Russian propaganda news media.

The hacking group ‘NB65’, affiliated with Anonymous shut down the Control Center of the Russian Space Agency ‘Roscosmos’. The server was down for days. Later on, the same group hacked and breached the VGTRK (All-Russia State Television and Radio Broadcasting Company). Total data for public release was about 870GB.

The website of the faux Government of the Republic of Crimea which was illegally annexed by Russia in 2014 was hacked. The cyberattacks caused the resource to go down for days. Russian airports, various pro-Russian companies and ‘hacking groups’ became the new targets for Anonymous. Moreover, the hackers briefly took the FSB site down and attacked the energy companies Rosneft and Rosatom. The attack captured over 20TB of sensitive data.

The website of the Ministry of Emergencies of Russia was hacked. Hyperlinks appeared on the main page with the words: “Don’t trust the Russian media – they are lying”, “Full information about the war in Ukraine” and “Russia’s default is imminent”.

Russian Military high frequency and Morse code commands and abbreviations were decrypted and released to the public. The group also got access to surveillance cameras installed in Russian ministries and critical governmental institutions.

The Central Bank of the Russian Federation was hacked. Some databases (namely, 28GB worth of highly sensitive data) were leaked.

The network of the Russian search giant Yandex.ru was breached, leaking data of 150K users with emails & passwords. Anonymous also created a program that randomly generates cell phone numbers of Russian citizens and allows people to make wake-up calls and tell them the truth about the aggression.

Russian streaming services Wink and Ivi and live TV channels Russia 24, Channel One, Moscow 24 were hacked to broadcast war footage from Ukraine. Further calls to stop the war were shown on air. Russian social media VK also was hacked. Users of VK received messages from the social network’s official account informing them of the true casualties and impact of Russia’s war against Ukraine.

The hackers warned global businesses that still operate in Russia to pull out unless they want to become the next target. As some companies refused to leave Russia, Anonymous leaked the database of the largest food company in the world, Nestlé. About 10GB data of emails, passwords, Nestlé business customers, etc were compromised. The brand decided to partly retreat from Russia.

By the end of the month, hackers released 140,000 emails from Russian firm MashOil, which designs, manufactures and maintains drilling, mining and fracking equipment. Another state-owned company that had its internal communication compromised was JSC Mosexpertiza dealing with independent expertise and certification. The firm also received an unpleasant bonus in the form of a crypto locking ransomware.

Firms of Russian oligarchs weren’t ignored by Anonymous either. Some 5,500 emails that leaked were from Thozis Corp., a Russian investment firm owned by a Russian oligarch Zakhar Smushkin. More than 62,000 emails released by hackers were obtained from the Marathon Group, a Russian investment firm owned by the oligarch Alexander Vinokurov (the son-in-law of Russian Foreign Minister Lavrov), currently under EU sanctions.

New email leaks were brought to the public from the law firm Capital Legal Services, the Petrofort company, one of the largest office spaces and business centers in St Petersburg, companies from oil, gas and logging industries, the Russian Orthodox Church’s charitable wing, and Russian anti-aircraft and tank manufacturer Lipetsk Mechanical Plant. The total number of corporate emails released by Anonymous is over 2 million.

The group also published a list of the Russian military stationed in Bucha with names, ranks and passport details.

Anonymous allies gained access to the Kremlin CCTV system. They quoted: “We won’t stop until we reveal all of your secrets. You won’t be able to stop us. “Now we’re inside the castle, Kremlin.”