Jack Ma: the history of success

The way from poverty, failures, and denials to an enormous fortune 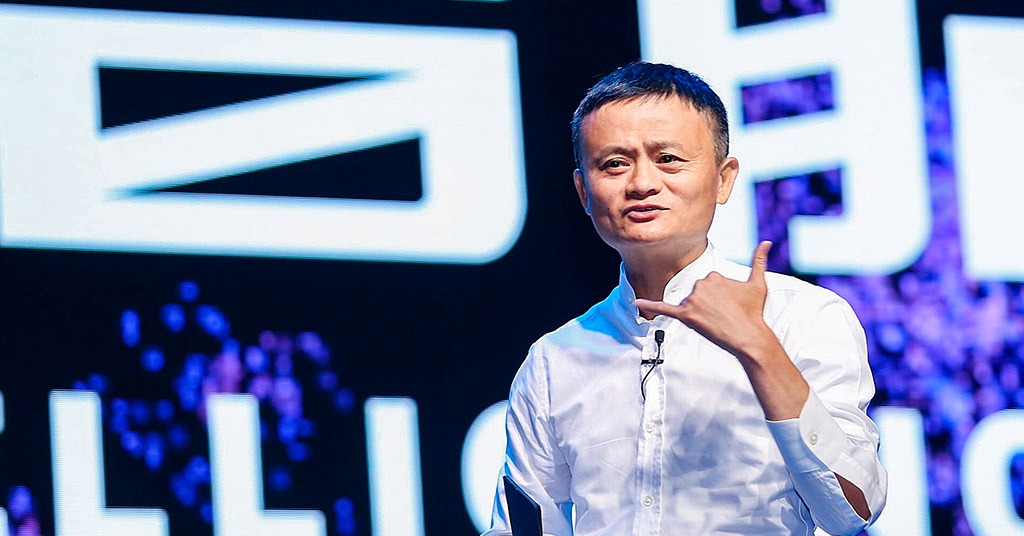 Today, 10 September, is the day when Chinese billionaire Jack Ma was born. Maybe you haven’t heard his name, but you’ve surely heard of Alibaba (including AliExpress, Alipay, Taobao, and Tmall).

Surprisingly, but the creator of one of the largest e-commerce giants ever, failed exams at school one by one, as well as messing up dozens of job interviews. He is still not good at maths. But neither these situations, nor living in a country with a “special” attitude to the Internet, were able to prevent him from creating such a giant as Alibaba, and becoming one of the richest entrepreneurs in China (actually, he is not “the poorest” entrepreneur, if we are talking about worldwide scale).

Most self-made billionaire heroes have interesting life stories, but there is probably no person among them with a more unusual story than Jack Ma. In one of his interviews, he said that it is impossible to achieve success in China if you do not have connections, political influence, or wealth. He had none of these when he started his business. However, now he is one of the richest people in China. Jack’s example proves that any person can become successful and there’s no universal recipe for achieving it. Education, status in society, parents with influence, or anything else mean nothing if you don’t have goals and don’t make the effort to achieve these goals. It’s quite simple – someone makes it, and someone else does not.

Actually, Jack Ma is not Jack. His real name is Ma Yun, and he was born in 1964 to a very poor family in the Chinese city of Hangzhou. After the arrival of Richard Nixon in communist China (which mended fences between the two countries), little Ma Yun got the opportunity to learn English. He guided free tours for foreigners. He learned English due to those tours since he was able to communicate with native English speakers. That was the time when Ma Yun became Jack. It was difficult for tourists to pronounce the name of their guide, and they called him the more common name Jack. 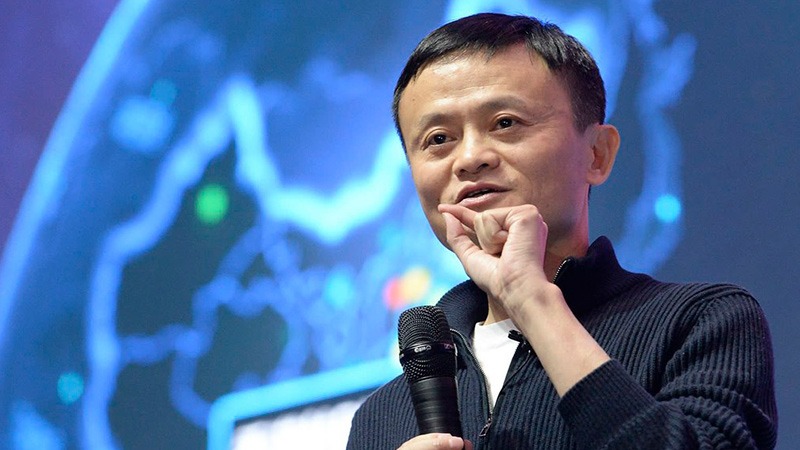 Even now, one of the wealthiest people in China has problems with numeracy. Source: flickr.com

At the same time, Ma didn’t study well. He failed two exams in elementary school, three in secondary school, and two examinations when he applied to university. However, he is not alone, if we are talking about study-related failures. Albert Einstein, Winston Churchill, and Abraham Lincoln also had learning difficulties. Moreover, the point was not about the lack of time. Even now, one of the wealthiest people in China has problems with numeracy. He even says that if you give him financial statements, he will understand nothing (it is hard to wrap your head around this statement, so maybe he just wants people to believe this).

However, he learned hard, and finally, he was able to enter the Hangzhou Pedagogical Institute. In 1988, he graduated and began to look for a job.

Ma was not lucky, if we are talking about achieving a corporate career. He failed no less than thirty job interviews. When he applied to KFC, 23 of 24 candidates were accepted 23 (guess who didn’t get a job; yes, it is all about Jack). Ma believes that he was not accepted by KFC due to his unattractive appearance. According to Chinese standards, he is considered to be ugly. Later, he managed to get a job as an English teacher at a local university with a salary of $12-15 a month. Jack Ma saw his first computer in 1995 when he was 31 years old. It was during the time when he went to the USA as a translator.

He was told about the “internet”. So, the first word Ma entered into the search bar was “beer”. Search results included American beer, Belgian, and any beer you could want, but not Chinese. And when Ma realized that there was no information about China on the American internet at all, he understood that it could be a good opportunity to “introduce” the internet into China (or China on the internet). Then he realized that he wanted to help Chinese entrepreneurs bring their business to the internet. He knew that China produced a huge amount of goods that were cheaper than similar ones from any other country in the world. Thus, it could be considered as the start of Alibaba history. Ma, ironically, called his company “1001 mistakes”. Spoiler, in 2014, Alibaba’s IPO attracted $25B IPO of investments. 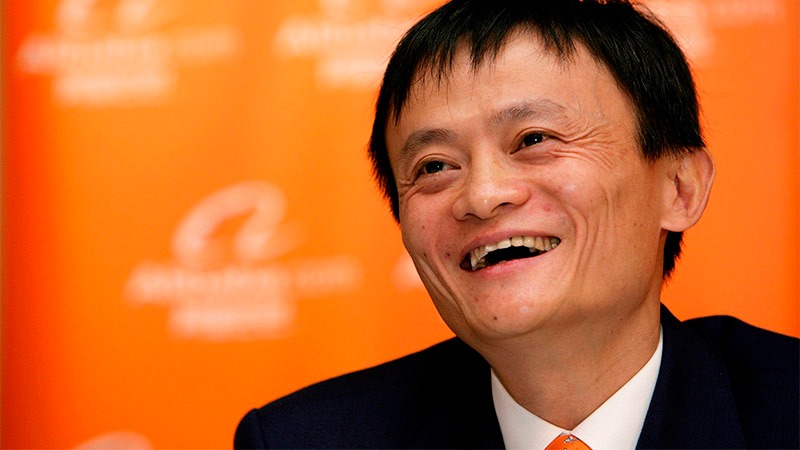 Only after 4 years, Ma managed to recruit a team of 17 people. Source: flickr.com

The first two attempts to create an internet company failed. Only after 4 years, Ma managed to recruit a team of 17 people (all of them were his friends). He convinced them to invest in the project, which was named Alibaba.

The company’s office was located in Jack Ma’s apartment in Guangzhou. The whole point of the project was so the company gave sellers-exporters (small and medium-sized traders) an opportunity to post the lists of their products, and customers could buy those very goods directly from the site. Nevertheless, the project wasn’t lucrative. The first 3 years the project did not make a profit, and Jack realized that he needed investment.

In 1999, Japanese companies Goldman Sachs and SoftBank saw the potential in Jack Ma’s project and invested $25M in Alibaba. From that moment, perhaps, the breakthrough began, which made Alibaba one of the most successful internet companies in the world.

Since then, Alibaba has been growing, mostly due to large mergers and acquisitions. The company went offline through the purchase of Intime department stores in 2014. In 2015, the company purchased the Lianhua supermarket and the Suning hardware store.

In 2017, Alibaba began to actively invest in startups outside of China: Tokopedia, Lazada, Big Basket, and Paytm were just a part of the campaign. The Paytm deal is particularly interesting. This is an Indian payment service, which received investments from Warren Buffett (we are talking about $350M). Actually, it was the first investment of Buffet in Indian company India. We all know that everyone prefers to do business with cash in India. Nevertheless, in 2016, Prime Minister Narendra Modi pulled out 500 and 1,000 rupees notes, which accounted for 86% of all Indian cash. The reform led to massive protests, and then gave a big impetus to the development of such services like Paytm. Apparently, both Alibaba and Warren Buffett agree that cashless payments in India are a promising sector. 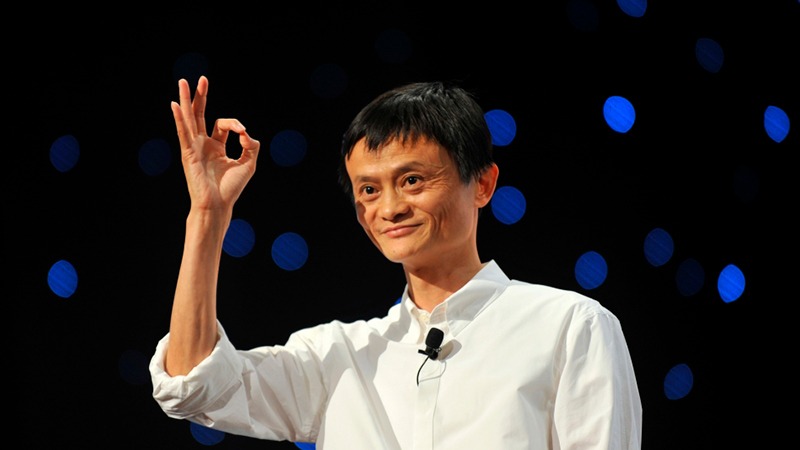 Jack Ma announced that he would retire on his 54th birthday. Source: flickr.com

Alibaba has also invested in a used car sales service, food delivery, and bicycle sharing. Ma invests his own money as well. In 2018, Blue Pool Capital (managing the money of Ma and his Alibaba partner Joseph Tsai) invested $20M in the Rent the Runway service, which was founded in 2009 by two students of Harvard Business School. The major aim of Rent the Runway was to solve a problem that is familiar to any girl: evening dresses are very expensive, but they are worn no more than two or three times. Interestingly, the founders of Rent the Runway did not come from a technical background, just like Ma. At first, they lost almost all their money on investments in developers and designers, but in the end, they learned how to code themselves. Now on the site, you can rent not only evening clothes, but also casual things.

In early September, Jack Ma announced that he would retire on his 54th birthday and, following the example of Bill Gates, would take up philanthropy. In an interview with Bloomberg, Ma, whose fortune is estimated at $40B, said that there were many things that he could learn from Bill Gates, and even though he would never be as rich as the founder of Microsoft, he would retire earlier. Ma hoped that his future activities would become a bridge that would connect countries and societies that did not understand each other. According to him, the first technological revolution led to the First World War, the second one led to the Second World War, and the current tech revolution would lead to the war against poverty and diseases.

And finally, parting words from Jack Ma, which perfectly illustrates his path to success: “If you do not give up, you still have a chance. Surrender is the biggest failure. ”

Jack Ma believes that anyone can succeed if there are perseverance and ambition. He used to say: “You are poor because you have no ambition. Instead of requiring the heart to beat faster, act a little faster. Instead of thinking, do what you want. Poor people are poor because their entire lives are all about anticipation.”