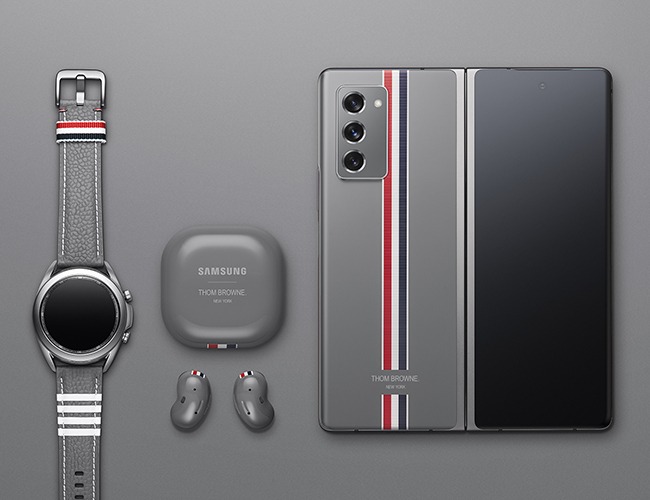 Samsung Electronics unveiled the next generation of its foldable device, the Samsung Galaxy Z Fold2 5G1.

Our journey towards the next generation of mobile devices is full of originality and innovation. With the launch of the Samsung Galaxy Z Fold2, we closely listened to user feedback to ensure we were bringing meaningful improvements to the hardware, while also developing new innovations to enhance the user experience. Further strengthened by our industry-leading partnerships with Google and Microsoft, we’re reshaping and redefining the possibilities of the mobile device experience
Dr. TM Roh, President and Head of Mobile Communications Business, Samsung Electronics

Unlike the original Fold which had an entirely plastic screen, the new flagman’s screen is protected by “ultra-thin glass”. Conventional Gorilla Glass is used for the back panels with an aluminum frame. The hinge mechanism is also borrowed from the Z Flip, using nylon fibers designed to keep dust out.

The Galaxy Z Fold 2 contains two screens: its front cover uses a 6.23-inch display in the center with minimal bezels, and the device can fold open to expose a 7.6-inch display, with a circular cutout in the top center right replacing the notch along with a thinner border.

The device has a single configuration of 12 GB of RAM, and 256 GB of non-expandable storage. The Z Fold 2 is powered by the Qualcomm Snapdragon 865+, which is used in all regions. It uses two batteries split between the two halves, totaling a slightly larger 4500 mAh capacity; fast charging is supported over USB-C or wirelessly. The Z Fold 2 contains 5 cameras, including three rear-facing camera lenses (12-megapixel, 12-megapixel telephoto, and 12-megapixel ultra-wide-angle), as well as a 10-megapixel front-facing camera on the cover, and a second 10-megapixel front-facing camera on the inside screen, omitting the secondary RGB depth sensor.

The Galaxy Z Fold 2 will ship with Android 10 and Samsung’s One UI software.