Home > Tech > Seoul plans to enter the metaverse: here’s what it means

Seoul plans to enter the metaverse: here’s what it means

Sounds like something out of a science fiction movie? 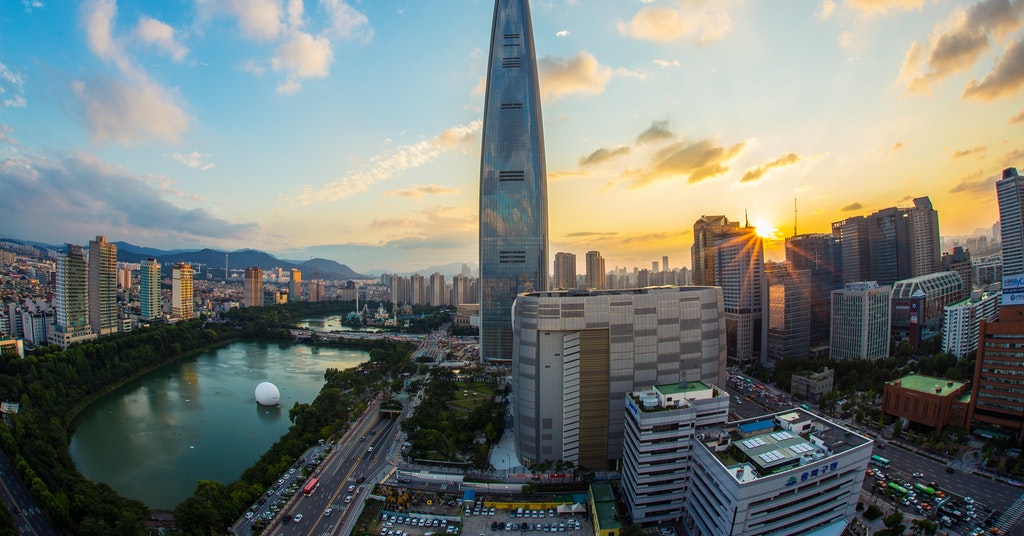 Seoul plans to enter the metaverse: here’s what it means. Source: pexels.com

Seoul is scheduled to become the first major city government to enter the metaverse, following the South Korean capital’s plan of making a number of public services and cultural events available through virtual reality (VR). If the plan goes according to schedule, residents of Seoul will virtually access a city hall for any government service, including filing a civil complaint or speaking to the city’s Mayor – all this unimaginable possibility through virtual reality goggles!

So, what exactly is a metaverse?

Whenever the term “metaverse” is mentioned, one can stop imagining an interconnection of virtual communities using virtual reality headsets, augmented reality glasses, and other sophisticated devices and smartphone apps; where people can meet, work, and play. True to this imagination, Investopedia defines metaverse as a digital combination of social media, virtual reality, augmented reality, online gaming, and cryptocurrency virtually. In other words, metaverse seeks to converge the digital world with the physical world, literally.

Imagine this, instead of using a messaging app to catch up with a long-lost friend, how about using the metaverse to virtually transport yourself to a restaurant to meet and catch up. Or instead of visiting a traditional bricks-and-mortar store to try out a new Italian suit, how about putting on a VR headset and using hologram technology to try it on right from your bedroom table? Yes, it’s mind-boggling, perfectly agreed.

Quite recently, Facebook rebranded itself to Meta, reflecting its growing ambition to become more than a social media space. According to Meta’s CEO vision, metaverse will change how we interact, work and play – and that includes incorporating other aspects such as ecommerce on social media.

Put simply, metaverse is going to revolutionise the internet experience as we know it through virtual reality. Soon, users won’t notice the difference between living a virtual life and living their normal physical life.

What’s in store for Seoul

The capital of South Korea is investing $3.3 million on metaverse as part of its 10-year plan for the city, with the objective of making the city globally competitive, and importantly improving the social mobility of the residents. Furthermore, it is becoming part of South Korea’s Digital New Deal, a countrywide endeavor to shift to digital and AI tools aimed at improving healthcare, the economy’s recovery from the Covid-19 pandemic, and central infrastructure.

So far, the Seoul Metropolitan Government (SMG) has scheduled a pilot program, a Bosingak Belfry virtual bell-ringing event, to kick off by the end of this year. Some of the key municipal administration support facilities and services to be accessible through the Metaverse include Virtual Mayor’s Office, Invest Seoul and Seoul Campus Town, and Seoul FinTech Lab. By 2023, the traditional civil service consultations currently being done at the civil service center at Seoul City Hall will be done through a virtual public service center by avatar public officials.

As if that’s not enough, some of Seoul’s major tourist sites such as the Gwanghwamun Plaza, Namdaemun Market and the Deoksugung Palace will be accessed through a Virtual Tourist Zone. In addition, Seoul’s most attended festivals, such as the Seoul Lantern Festival, will be held officially through the metaverse from 2023 onwards. For people living with disabilities, a safety and convenience content using extended reality (XR) will also be available. Plans are also underway to use artificial intelligence (AI) in handling sewer and water waste management, with an AI chatbot serving as a public concierge. That chatbot will respond to any public queries, including complaints, and an array of other issues such as violations to parking rules or Covid-19 safety measures.

The SMG is cognisant of the fact that various restrictions are out there posed by spatial limitations and the language barrier, and thus the metaverse’s advanced technologies will help overcome these challenges swiftly. Moreover, the SMG plans to expand the platform to accommodate more areas of its municipal administration in pursuit of working efficiency for its staff.

In October this year, the SMG unveiled its Five-year Metaverse Seoul Promotion Plan that entailed 20 promotional tasks for seven key areas – educational, economic, communication, cultural and tourism, and urban development. The tasks reflected the demand and trends for a metaverse platform in the public and private sectors. This plan is the first of its kind for the local government in Korea and the world, as no other mid or long-term metaverse policy plan has ever been developed before anywhere. In fact, the Mayor of Seoul, Oh Se-hoom, called the plan a strategic document that is geared towards making Seoul a “future emotional city” according to Seoul’s Vision 2030.

A safe and a futuristic emotional city

Less than a week ago, world leaders met in Glasgow, United Kingdom, for the twenty-sixth session of the Conference of the Parties (COP 26). The summit aimed to catapult action towards achieving the Paris Agreement goals and also accelerate efforts on the UN Framework Convention on Climate Change. Over 190 world leaders met, alongside hundreds of government representatives and negotiators. Among the summit’s landmark outcomes was to keep global temperature under control, something that is getting out of hand due to climate change. Although SMG’s Vision 2030 did not have the COP 26 deliberations in mind, one of its strongest actions is to make the urban environment resilient to climate change, safe from any push factors that put the lives of citizens in danger, or derail the growth of the city. This objective fell squarely within COP 26’s main agenda.

SMG also envisions Seoul as a dignified city which breeds charm and elegance. The local government also wants the city to coexist harmoniously with its rich traditions, its present and future. This is part of the mayor’s vision of making the city a future emotional city that is attractive and competitive on a global scale. SMG is also aware how the Covid-19 pandemic has left families deprived of some of their loved ones, and thus, its citizens need to heal from the painful past, and outlive the exhaustion this period has brought. Only an enhanced dignity of the city will help residents heal and recover.

To sum up, SMG’s metaverse platform is undeniably the first contactless communication channel in the post-Covid-19 pandemic moment, promising what would be termed as a reimagined public service delivery that is revolutionary in nature. The platform is not only bringing on board cutting-edge technologies, but also becoming a first high-performance platform that will increase efficiency in all key aspects of municipal administration, including economic, tourism, civic service, cultural, and educational. These efforts will ultimately make Seoul globally competitive while at the same time improving the lives of its residents. What an unimaginable moment to live to witness this becoming a reality in the coming few years!