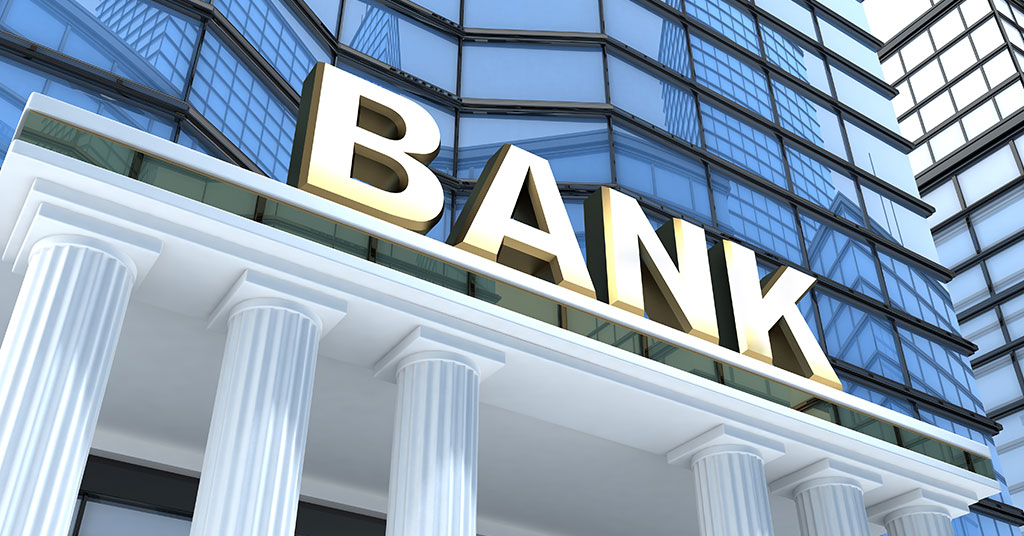 The performance highlights of the top 25 publicly traded global banking institutions in terms of market capitalization (M Cap) for the quarter ended 31 March 2019 have been analyzed by GlobalData.

Bank of America’s share price grew from $24.64 in Q4 2018 to $27.59 in Q1 2019, on the back of better than anticipated revenue and profits growth, lower taxes and strong consumer banking results in FY2018. Despite falling short of revenue target in the fourth quarter of FY2018, Citigroup managed to beat its profit target on account of greater cuts in operational expenses and loan loss provisions. 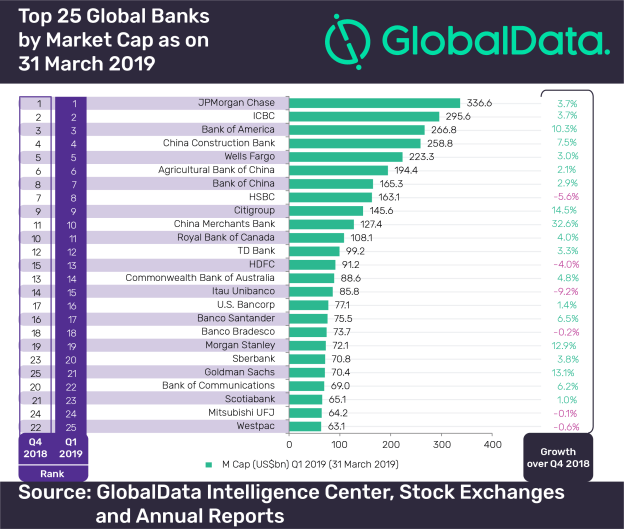 The performance of all the businesses of Goldman Sachs and record revenues in investment banking and wealth management activities of Morgan Stanley drove their M Cap during the period.

Brazil’s largest private bank, Itau Unibanco, was one of the few major banks to suffer a decline in its M Cap, registering a 9.2% QoQ decline. The drop can be seen as the conservative growth target set by the bank for FY2019, in comparison to its competitors.

In terms of ranking, 11 players maintained their position while HDFC, Sberbank and Goldman Sachs jumped two, three and four places to be at 13th, 20th and 21st, respectively. Westpac dropped three places to 25th, whereas Bank of Communications and Scotiabank lost two places each to occupy 22nd and 23rd positions, respectively.

SEE ALSO: 10 leading banks in the US