Canada is one of the largest and most sophisticated economies of the developed world. Gifted with the most valuable natural resources such as oil and gas, the country is also equipped with a talented pool of human resources to navigate it through the fourth industrial revolution. Similar to most of the countries, Canada also experienced a drop in its economic output on the back of COVID-19 related lockdowns. 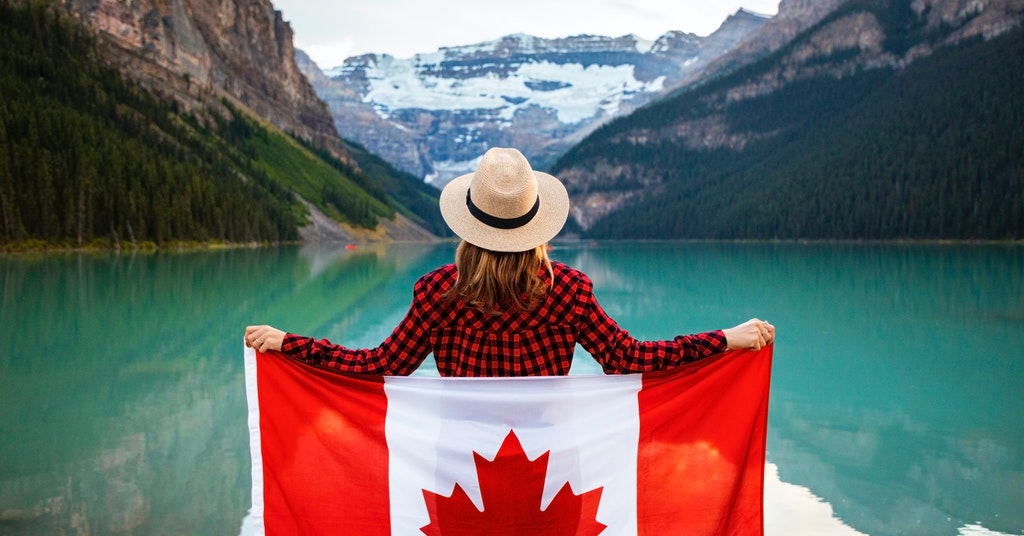 Canada has one of the largest and highly developed mixed economies in the world. The country is ranked 9th largest GDP by nominal and 15th largest GDP by PPP in the world. Similar to other developed countries, Canada’s economy is also dominated by the services sector which accounts for ~70 percent of the GDP, whereas manufacturing and agriculture contribute approximately 28.2 percent and 1.6 percent respectively.

After the advent of COVID-19 pandemic, the Canadian government has imposed a strict lockdown leading to a halt in the business activity. Consequently, this resulted in approximately a 7.1 per cent reduction in the economic output of the country. Additionally, Canada’s reserves of natural resources are valued at USD 31 trillion, making it the third highest total estimated value of natural resources. Thus, it is also considered as an “energy superpower”, owing to the abundance of natural resources.

Being one of the highest-income countries in the world, the country’s GDP per capita stands at approximately USD 49,222 in nominal terms.

In order to further increase the productivity of the economy the country’s administration has embarked upon the following structural reform priorities:

Canada’s economic outlook for 2021 and beyond

In its recent announcement, the International Monetary Fund upgraded the economic outlook to 5% from earlier 1.4% of Canada owing to the swift recovery from the COVID-19 pandemic. Here it is pertinent to mention that the prospective GDP growth rate of Canada is highest among all advanced economies. Further, the IMF also projects that the global economic output is going to expand by 6 per cent this year and then 4.4 per cent in the year 2022. However, the fund has also cited concerns and risks associated with this forecast as I alluded to the significant uncertainties emanating from new COVID-19 variants that are spreading and the vaccines are rolled out unevenly across continents and countries.

Additionally, according to IMF Economic Counsellor and Research Department Director Gita Gopinath: “A high degree of uncertainty surrounds our projections. Faster progress with vaccinations can uplift the forecast, while a more prolonged pandemic with virus variants that evade vaccines can lead to a sharp downgrade. Multi-speed recoveries could pose financial risks if interest rates in the United States rise further in unexpected ways,” she said.

“This could cause inflated asset valuations to unwind in a disorderly manner, financial conditions to tighten sharply, and recovery prospects to deteriorate, especially for some highly leveraged emerging markets and developing economies.”

We expect the economy’s growth rate to be commensurate with that of the World Bank’s forecast. The reason behind this is that currently households are cash-rich owing to the stimulus provided by the government during the pandemic. Further, with the successful rollout of vaccination campaigns, the country is easing the restrictions on businesses and the travel movements of its citizens. In this way, businesses are expected to recoup most of their lost earnings from the previous year and this together with low base effect are going to raise the GDP growth rate of the country.

With a total listing of over 1500 companies, the Toronto Stock Exchange is the eighth largest in the world according to the market capitalisation. The stock exchange has a total market capitalisation of over USD 3 trillion. In order to gauge the performance of the Toronto Stock Exchange Index (TSX), we have used S&P/TSX Composite Index for performance evaluation. The S&P/TSX Composite Index went up by approximately ~4.3% on a year over year basis and the index has increased by 10.63% this year-to-date. The following chart depicts the performance of the index over time:

The reason the S&P/TSX Composite Index underperformed its peers is because the index had the majority of its holdings in the financial sector at the time when technology was the name of the game in the investment community all over the world and the information technology sector barely contributes 10 per cent to the performance of the index.

However, we believe that this index is expected to outperform its peers this year as in the rising interest rate environment coupled with rising energy prices, financials and energy stocks tend to perform better than the long duration technology stocks.

It is expected that the pandemic uncertainty will take longer time to clear, the analyst’s sanguine forecast for the Canadian economy vindicated on the back of the recent release of a Provisional Outlook report. We noted that the recovery and the rebound was stronger than was previously expected. We maintain our optimistic stance despite the ferociousness of the second wave and three provinces put under lockdown as 2021 rolled in. And as we alluded to it earlier, the pace of recovery is going to pick up as the vaccines are rolled out.

Within this context, we expect pent-up demand, high household savings, and government support coupled with the stimulus measures to provide a substantial thrust to all provincial economies of Canada. The respective speed and extent of the phasing out of restrictions will largely determine when the economic engine in each province will rev up. The rebound in commodity markets and prices have boosted the prospects for resource-heavy provinces. This was behind some of the larger revisions we made to our growth forecast—we boosted growth by 1.2 percentage points to 5.7% in Alberta. Capital spending intentions also point to some provinces seeing significantly stronger investment activity this year, including Quebec, New Brunswick and Ontario. While others like Prince Edward Island, Nova Scotia, and Newfoundland and Labrador, will see capex spending fall contributing to lower positions in our growth rankings for 2021.