Home > Tech > Tesla: from the beginning to nowadays

Tesla: from the beginning to nowadays

This article is dedicated to Tesla, a company that is moving towards a zero-emission future 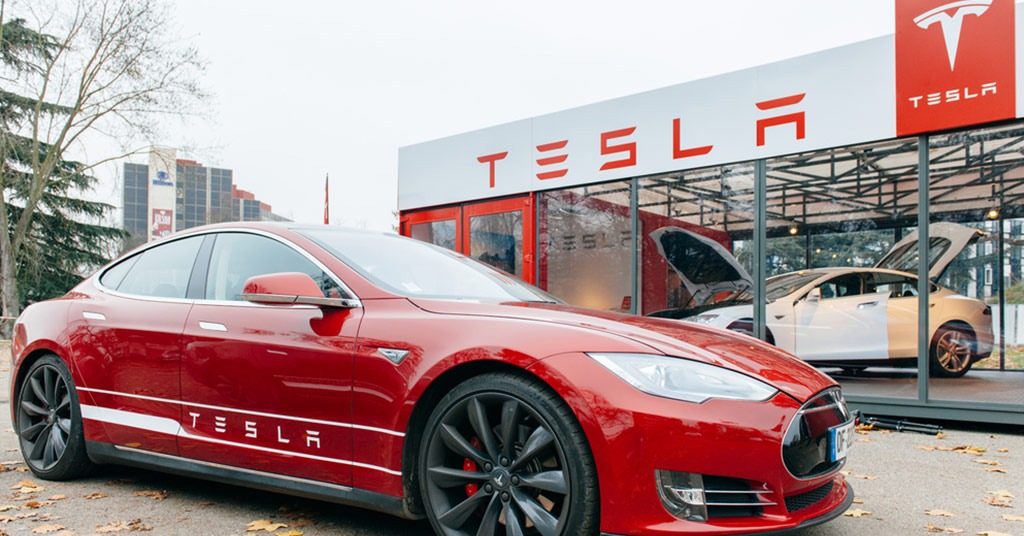 Tesla: from the beginning to nowadays. Source: shutterstock.com

One of the greatest visionaries among the living generations – Elon Musk – is leading the world into a sustainable future. His brainchild – Tesla Inc. (formerly Tesla Motors) – has recently reached an unbelievable valuation score. In fact, its worth ($103B) exceeded the total of GM and Ford market values.

This article is dedicated to the incredible company that is moving towards a zero-emission future and renewable energy ecosystem with the latest technologies and enviable tenacity.

The history of Tesla

The company was founded by American entrepreneurs Martin Eberhard and Marc Tarpenning;

Elon Musk contributed more than $30 million to the new venture and became its chairman;

The same year, Eberhard and Tarpenning left the company and Musk took over as CEO;

Roadster broke the world record for distance traveled on one single battery charge, hitting 313 miles at the World Solar Challenge in Australia;

Tesla’s IPO raised around $226 million. It became the first American car company to go public since Ford Motor Company in 1956;

Model S sedan was created. Tesla built stations called Superchargers in the US and Europe;

The Tesla Autopilot was made available on the Model S (and later on other models);

Tesla released the Model X, a “crossover” vehicle. A line of batteries to store electric power from solar energy for use in homes and businesses was unveiled.

The Model 3, an affordable four-door sedan began production. The company changed its name to Tesla, Inc;

The US Securities and Exchange Commission (SEC) charged Elon Musk with securities fraud after his series of tweets revealed his intention to take the company private. Both Tesla and Musk were fined $20 million;

The same year, SpaceX flew the first Falcon Heavy, sending Tesla Roadster into orbit. It became the first car ever in space;

The Tesla Semi electric truck and the Tesla Model Y, an electric SUV Crossover, are announced to be on the market soon. Cybertruck’s prototype was unveiled. Tesla also announced the development of a new massive battery called Megapack that could replace so-called “peaker” power plants, which provide energy when a local electrical grid gets overloaded.

Another massive project has started with the help of Elon Musk’s Boring Company. A new Loop tunnel system is under construction beneath the Las Vegas Convention Center. There, passengers will be whisked through the tunnel at 155 mph aboard Tesla vehicles modified to hold up to 16 people, with both sitting and standing room – a bit like a small electric bus or a shuttle.

The main segment of the company’s activities is producing all-electric vehicles. Tesla has gone a long way from no one believing in the future of electric cars to making a sustainable driving experience affordable and classy.

Among other critical advances, the Model S had a range of up to 300 miles and a reduced charging time. Tesla’s Model S was included in TIME magazine’s10 Best Gadgets of the 2010s list. The veteran magazine described the Model S as a vehicle from the year 2022 rather than the year 2012, thanks to its features like Tesla’s OTA software updates, the vehicle’s huge 17-inch touchscreen, and—of course—Autopilot capabilities. 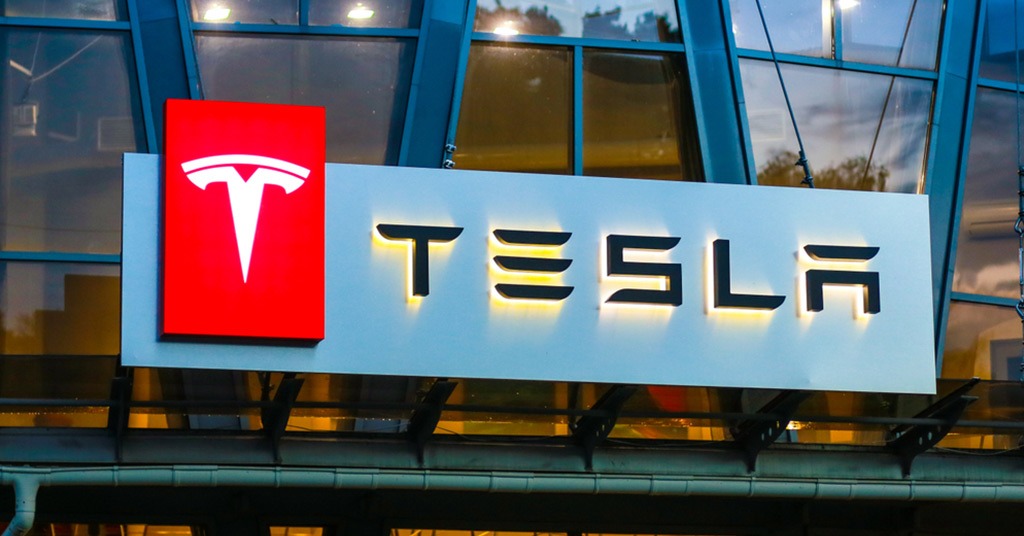 In 2016, Model X was awarded the Golden Steering Wheel (Das Goldene Lenkrad), one of the most prestigious automotive awards in the world. The vehicle is unique in the concept that it uses falcon wing doors instead of traditional automotive doors and has a panoramic windshield.

Model 3 comes with the option of a dual-motor all-wheel drive. A carbon fiber spoiler improves stability at high speeds, allowing Model 3 to accelerate from 0 to 100 km/h in as little as 3.4 seconds. Its price range starts from $35,000 depending on the country and specifications. The car versions have two battery capacities: Standard (60 kW/h) or Long Range (75 kW/h). In the first case, the vehicle’s mileage on one charge is 346-354 km (according to the EPA cycle), in the second – almost 500 km.

In order to power their vehicles, Tesla has installed 1,804 Supercharger Stations with 15,911 Superchargers in those parts of the world where Tesla cars are available. The car owners can enter a destination on their touchscreen and Trip Planner will automatically route them through convenient Superchargers along the way. Currently, Tesla is rolling out a third-generation Supercharger that is designed to dramatically cut charging times for its electric vehicles. It is supposed to add up to 75 miles of range in 5 minutes.

Another part of the company’s business is renewable energy production. In 2015 the company announced a new line of solar energy products designed to power homes and businesses through rechargeable batteries.

Its Powerwall – a rechargeable lithium-ion battery energy storage – is a completely automated system that installs easily and requires no maintenance. It is intended for home energy storage. The best thing is that the excess energy is available on demand. It means that the energy can be used at night or personalized according to a time-of-use rate plan. Powerwall can charge when rates are low and use that energy during expensive times to reduce your electricity bill. Customers can monitor the energy level in real-time with the Tesla mobile app.

The ongoing project, Cybertruck, attracted a lot of attention at its unsuccessful presentation. Despite two of the vehicle’s “armor glass” windows shockingly smashing onstage, the model made the audience gasp. Its monstrous futuristic design combines the utility of a truck with sports car performance. The Tesla team mentioned solar panels on the car roof, exoskeleton of stainless steel, and many more features. In one week, the model gathered 250,000 pre-orders.

According to Marketwatch, the current Tesla market cap is $88B. Its shares are sold at $480 each. 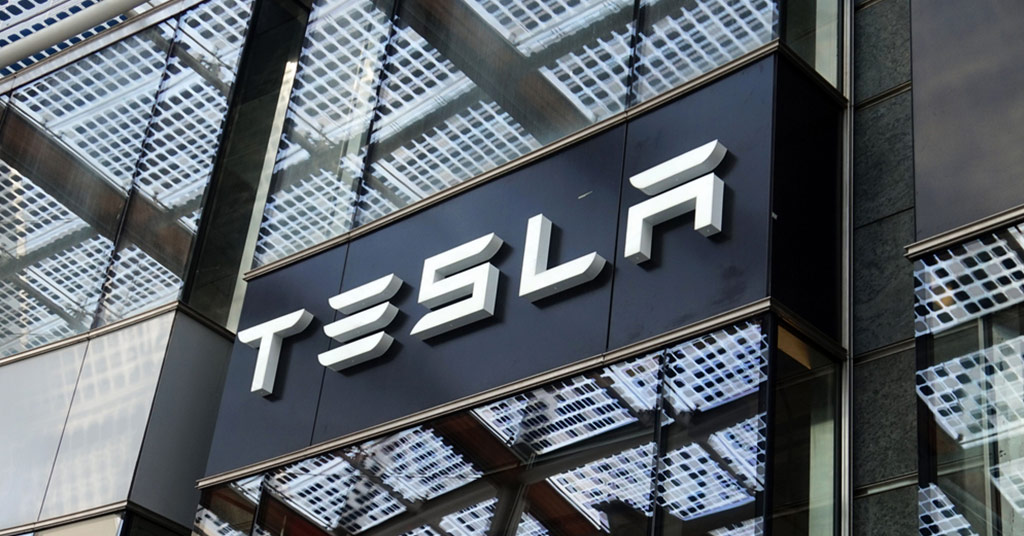 Tesla stock price has fallen by nearly half. Source: shutterstock.com

It is hard to imagine now that the first 13,300,000 shares of Tesla proposed at an initial public offering (IPO) cost $17 a share.

Tesla’s revenue worldwide in the fiscal year of 2018 has been estimated at $21B. Although this number shows almost 10 billion increase from the previous year, it is not much, compared to some of its competitors like Ford with $160B.

And yet, the market value of the company is skyrocketing. In fact, Tesla has become the most valuable automaker in the US by market cap (and the second-most valuable in the world behind Toyota).

The Tesla Model 3 was the world’s most popular plug-in electric vehicle with almost 146,000 vehicles sold worldwide in 2018. Tesla models S and X also featured amongst the best sellers.

Tesla’s record-setting number of sales in 2019 generated $24.6 billion in revenue. However, the company still didn’t turn an annual profit — in fact, it lost $862 million last year.

While many investors remain skeptical about the enterprise that isn’t profitable enough, the others eagerly anticipate what the new Gigafactories in China and Germany will bring to the world.

Tesla, as part of its secret to success, continues to focus on seemingly unrealistic and unachievable goals defying all the skepticism and keeping moving one project at a time.