The Prize in Economic Sciences was awarded to William D. Nordhaus and Paul M. Romer 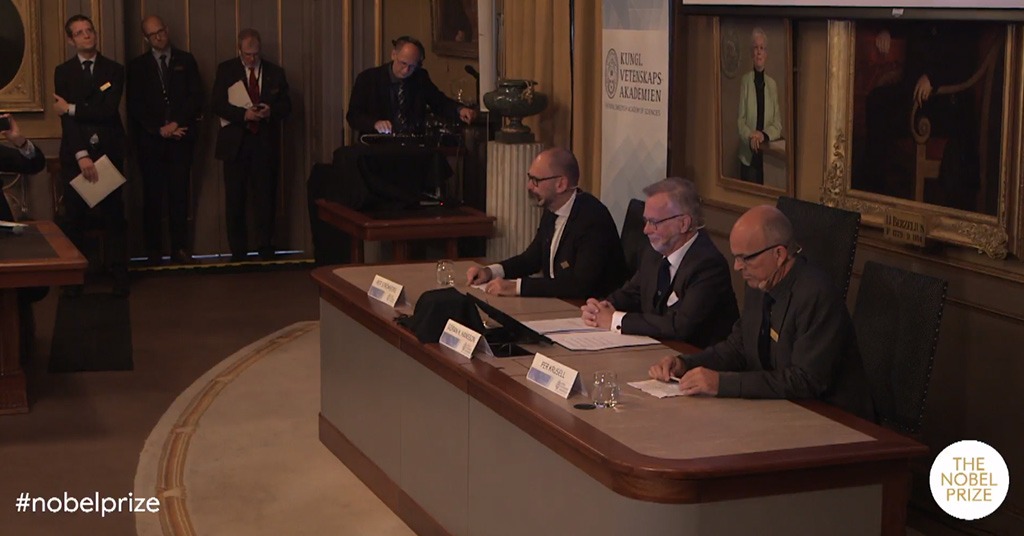 The Sveriges Riksbank Prize in Economic Sciences in Memory of Alfred Nobel was awarded to William D. Nordhaus of the United States “for integrating climate change into long-run macroeconomic analysis” and to Paul M. Romer of the United States “for integrating technological innovations into long-run macroeconomic analysis”. Their works have significantly broadened the analysis of economic growth and provided a standard framework for research and policymaking in the areas of technological development and climate change.

The announcement was made today at the Royal Swedish Academy of Sciences in Solna, Sweden. 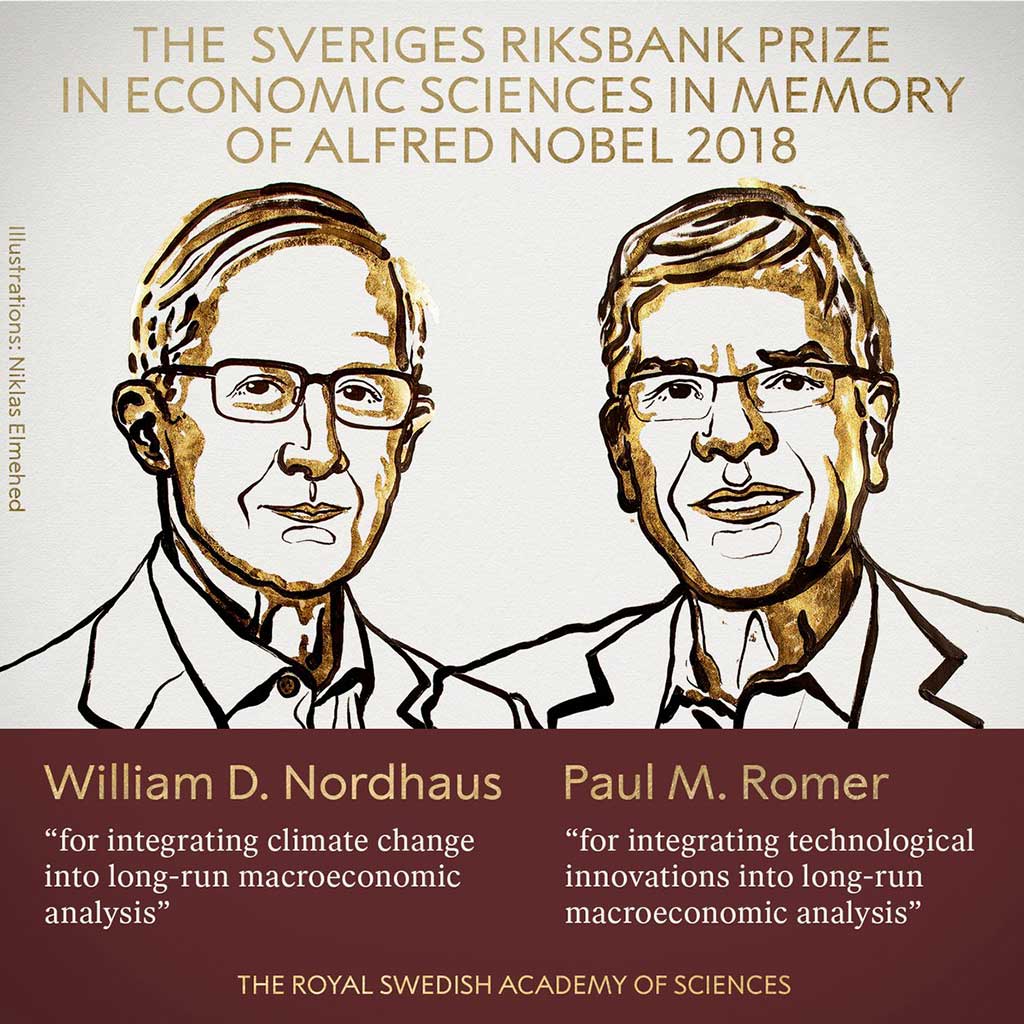 According to the official Twitter feed of the Nobel Prize, William Nordhaus and Paul Romer have designed methods that address some of our time’s most fundamental and pressing issues: long-term sustainable growth in the global economy and the welfare of the world’s population.

Human activity has contributed to the rapid increases in average global temperatures over the last 100 years. William Nordhaus’ research shows how economic activity interacts with basic chemistry and physics to produce climate change. He created the first quantitative model that describes the coaction between the global economy and the climate. It is now widespread, as it allows to research the consequences of climate policy interventions, such as carbon taxes.

Paul Romer’s research describes how the accumulation of ideas sustains long-term economic growth. He demonstrated how economic forces govern the willingness of firms to innovate. Romer’s research laid the foundation of endogenous growth theory that has generated the number of new researches into the regulations and policies that encourage new ideas and long-term prosperity.

The Prize in Economic Sciences was awarded today for the 50th time. The winners will share the full Prize amount of 9 million Swedish kronor.

About the Prize in Economic Sciences

The Prize in Economic Sciences was established by Sweden’s central bank in 1968. Check out the most interesting facts on the Prize. 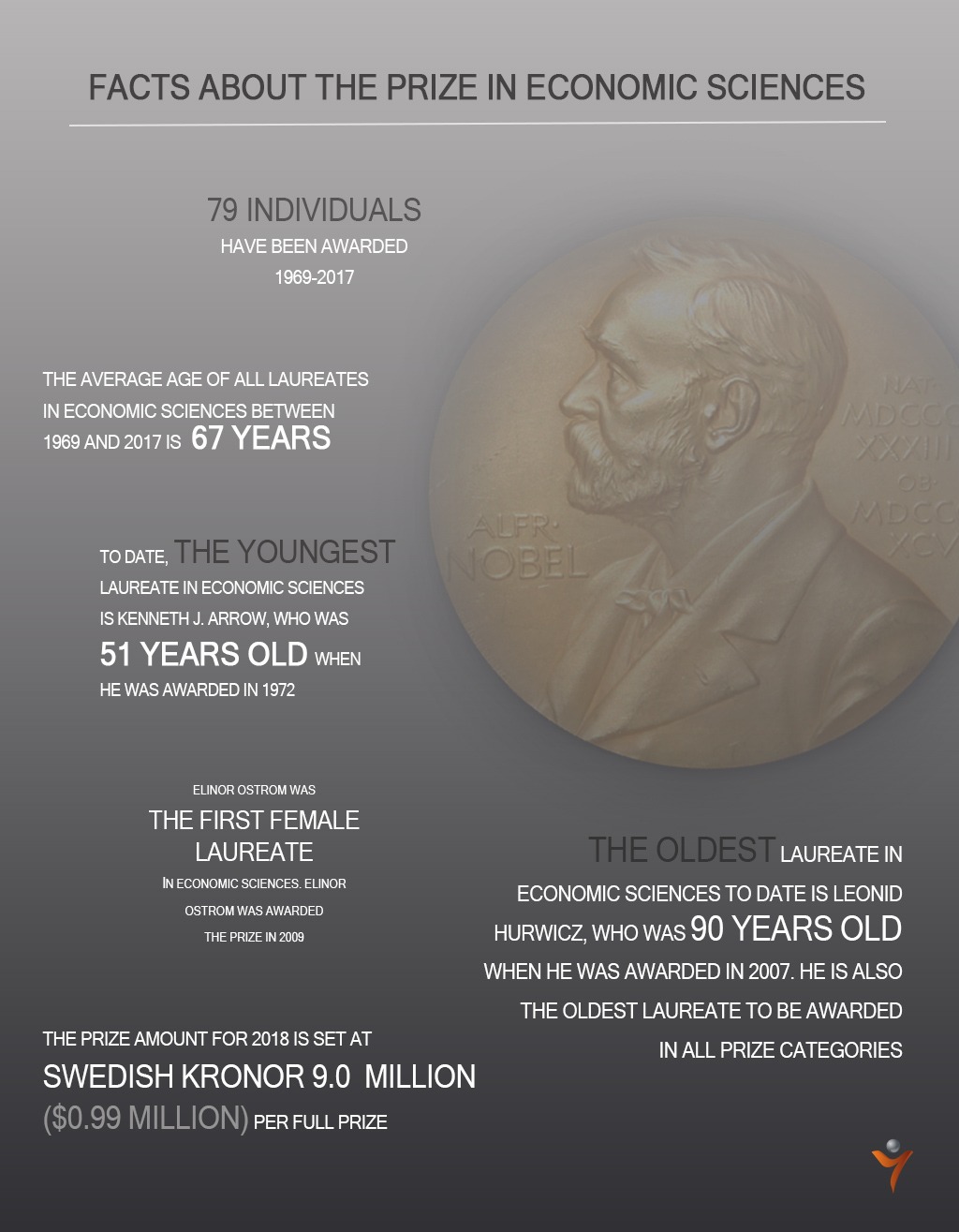 SEE ALSO: RESEARCH: 12 best countries to start a business in