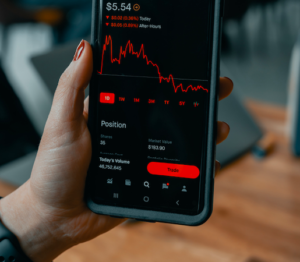 Connecticut-based venture capital firm DCG, founded in 2015 with a focus on the digital currency market, is the latest company taking damage after the implosion of FTX — the digital currency exchange which became the catalyst to a cascade of bankruptcies and federal investigations.

Prosecutors with the Department of Justice’s Eastern District of New York as well as the U.S. Securities and Exchange Commission are scrutinizing transfers between DCG and subsidiary Genesis. The trading platform was facing major issues since June 2022, when Genesis filed a $1.2 billion claim against Three Arrows Capital, the now insolvent hedge fund based in Singapore. DCG assumed claims for Genesis.

In the wake of the FTX collapse five months later, Genesis announced a halting of customer withdrawals from its lending unit. Cryptocurrency exchange and custodian Gemini Trust Co., founded by Cameron and Tyler Winklevoss, took a direct hit as a result of partnership with Genesis.

Gemini’s Earn program, which let users own high yields on their cryptocurrency holdings, suffered the same halting of withdrawals, for which Genesis was responsible as the lending partner. Cameron Winklevoss and DCG founder Barry Silbert have been feuding on Twitter since. What followed was a swift halving of Genesis staff, and the looming potential of a Chapter 11 bankruptcy.

In an open letter posted to Twitter on 2 January, Cameron Winklevoss accused Silbert of “engaging in bad faith tactics”, and urged for a swift resolution “on behalf of more than 340,000 Earn users”. Silbert denied accusations, claiming that Genesis’ next loan payment isn’t due until May 2023. Meanwhile, Genesis’ interim CEO, Derar Islam, informed clients of the company’s cost reductions, but assured that its trading businesses were fully operational. Still, in a bid to survive, Genesis laid off another 30% of its headcount, reported the Wall Street Journal late thursday.