How to detect counterfeit dollars

These 7 points will help you to detect counterfeit dollars 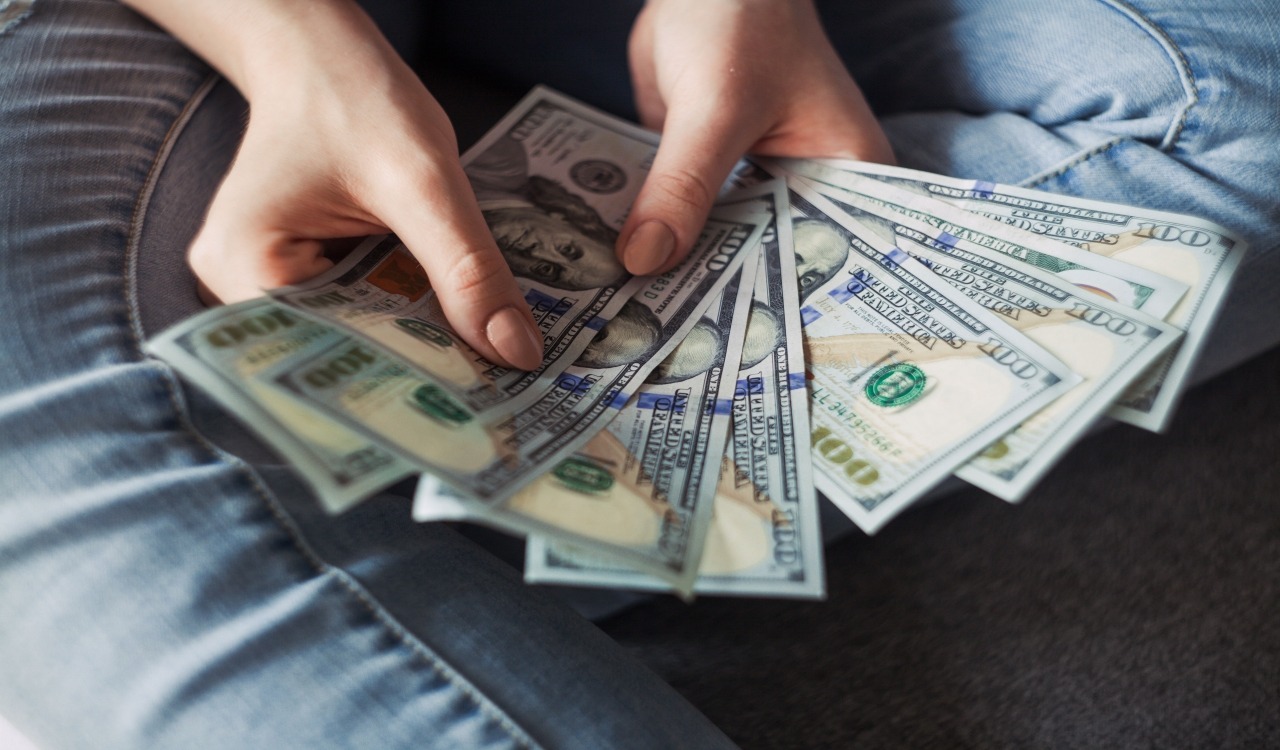 Since the American dollar is undoubtedly the most popular currency in the world, dollar banknotes have always been the primary target of counterfeiters.

PaySpace Magazine Global will give you some suggestions on how to detect a counterfeit dollar bill.

How to detect counterfeit dollars in 7 steps

There are only denominations of $1, $2, $5, $10, $20, $50, and $100. Do not believe anyone who tries to prove the contrary, and do not accept $500, $1000, or any other illegal denomination banknotes. Scammers can always find hundreds of explanations, they can tell you $500 or $1000 are such rare banknotes that people simply haven’t heard about them. Fraudsters can also try to convince you that you can seldom find such big bills in circulation because they are so “big”.

Genuine dollars are made from cotton and linen fibers. The ordinary paper is made from trees, so banknote paper differs significantly from normal paper. The special paper makes dollar bills durable and gives them a distinguishing feel. Depending on the angle from which a dollar bill is seen, the denomination number (20, 50, 100, etc) will vary from green to black in color. 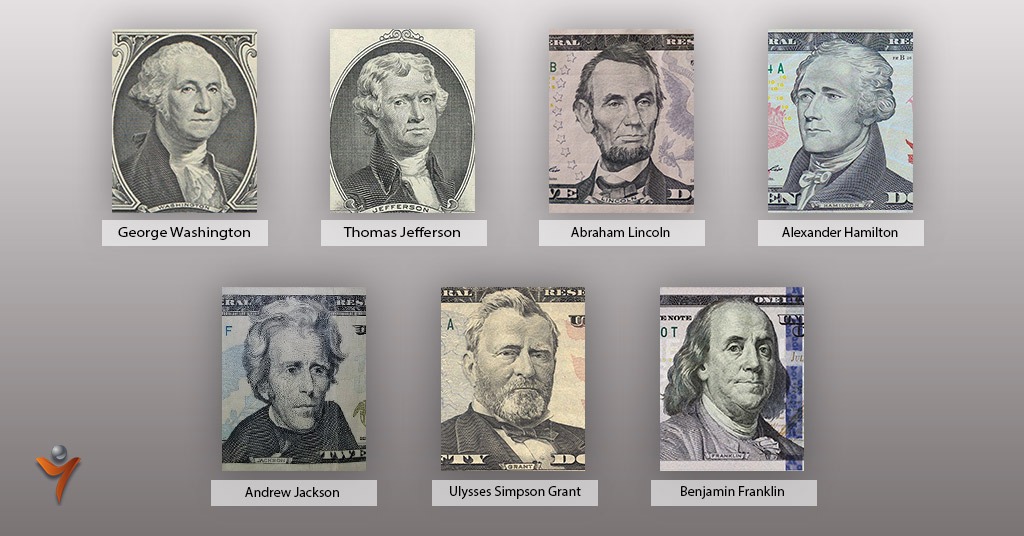 It will definitely be helpful to know what presidents are depicted on dollar banknotes. Currently, there are only 7 presidential portraits: George Washington ($1), Thomas Jefferson ($2), Abraham Lincoln ($5), Alexander Hamilton ($10), Andrew Jackson ($20), Ulysses Simpson Grant ($50), and Benjamin Franklin ($100). 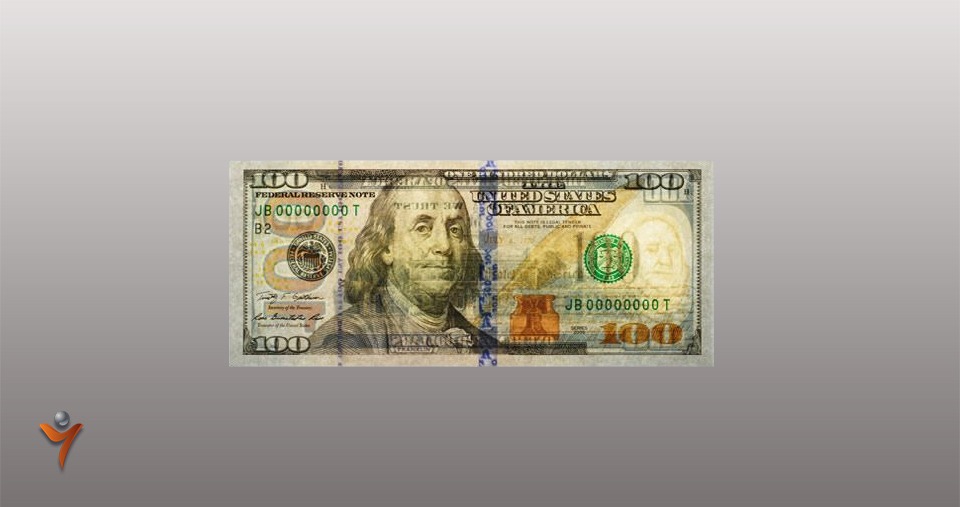 All notes except $1 and $2 bills are endowed with a security thread (plastic strip) running from top to bottom. This security thread must be embedded in the paper (not printed on the surface). The strip printing should say “USA” combined with the denomination of the banknote, which is spelled out for $10 and $20 notes but presented in numerals on the $5, $50, and $100 bills.

If you need to check the note for a watermark, you should hold the bill up to a light (natural light). A watermark with the image of the depicted portrait (it differs and depends on the denomination) can be found on all $10, $20, $50, and $100 bills series 1996 and later, and on $5 bills series 1999 and later.

The watermark is embedded in the paper to the right of the portrait and should be visible from both sides of the bill. 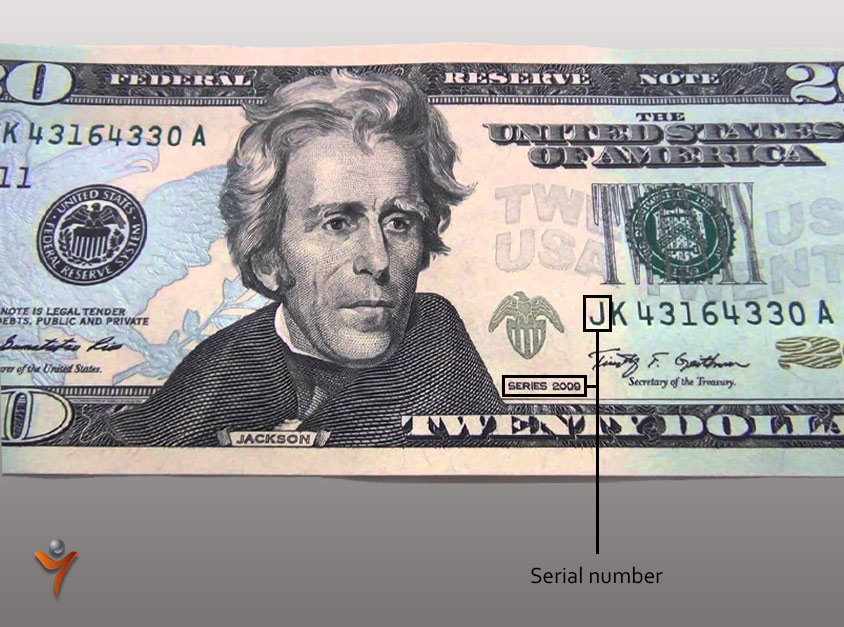 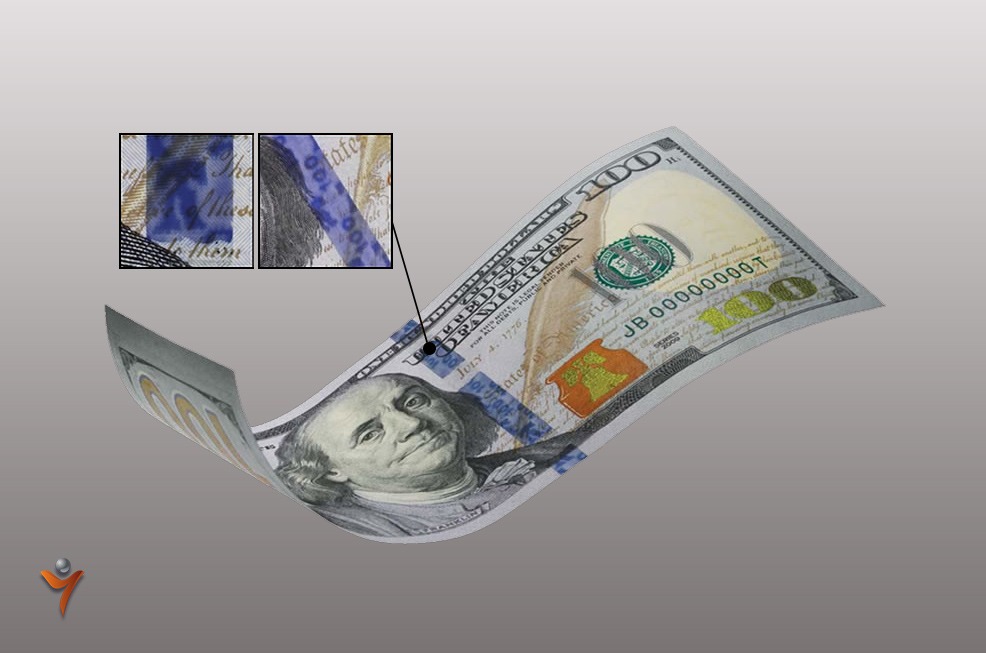 There is an extra security feature of the latest $100 bill – a 3D security ribbon near the center of the banknote. If you take a look at this ribbon, you’ll see a number “100”, but if you scrutinize the blue ribbon while tilting the banknote you’ll notice the “100” numbers turning into “bells”. These “bells” are of the same type as the color-changing “liberty bell” in the inkpot.

You can use electronic money counters and counterfeit detectors. There are a lot of devices, such as magnetic ink scanners, ultraviolet lamps, watermark lamps or multi-test scanners. The most advanced money counters will use color image scanning and feature recognition, but even these advanced machines cannot read holograms and raised printing. Human senses are still best – for now.